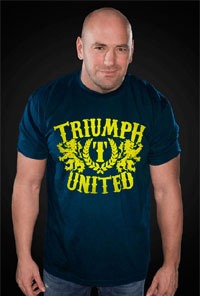 Having Bjorn Rebney throw jabs at you pales in comparison to the wrath that can be emitted from Dana White’s mouth. It’s the equivalent of that scene in Poltergeist where an entire two-story house melts and gets sucked into a black hole filled with lightning, thunder and horrible 80s special effects. We got the point, but the execution just wasn’t quite there — almost like Greg Jackson’s camp on the night of UFC 122. Of course, that is according to Dana White (and Bloodstain Lane). Not only did Dana claim that Nate Marquardt choked, but he goes one step further and throws a flurry of verbal daggers in Greg Jackson’s general direction.

“He is a choker, he choked tonight.

Marquardt is such a talented guy, and what I’m seeing is stuff from the Greg Jackson camp, this camp continuously, when these guys fight, their corner is either telling them they’re ahead or they’re winning.

I mean, Nate Marquardt sat here tonight and said that he thought he won the fight. Where the [expletive] is his corner? You go into the last round and you’re getting outstruck by a wrestler, and you think you won the fight? And this is consistent with the Greg Jackson camp.”

Ouch. If you listen real close, you can hear Dana White’s words roundhouse kicking the front door of Greg Jackson’s camp in New Mexico. Oh wait, that’s just my upstairs neighbor and his ‘life partner’ having intercourse. Got to love Hollywood. [Source] 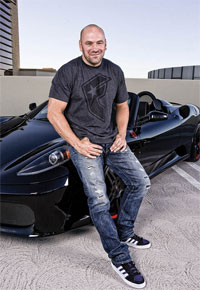