Conor McGregor’s meteoric rise has been unprecedented. The force is strong with this one, and his power grows more and more every time someone gets KOed into the 5th dimension with that left hand. After putting José Aldo to sleep, even the Brazilian media had to declare McGregor the new king.

As the myth continues to swell, Notorious now goes to battle with the beast holding the belt in the next division. McGregor had already started the psychological warfare at the UFC 196 presser by saying he would “behead the ‘American Gringo’ Rafael dos Anjos and Brazil would erect a statue in his honor. With McGregor’s ass-kicking clairvoyance already proven, are they already working on that sculpture?

Check out this bust of the Irish man by Jean Baptiste Seckler fit for a king, warlord or even a god. …Because gods recognize gods. 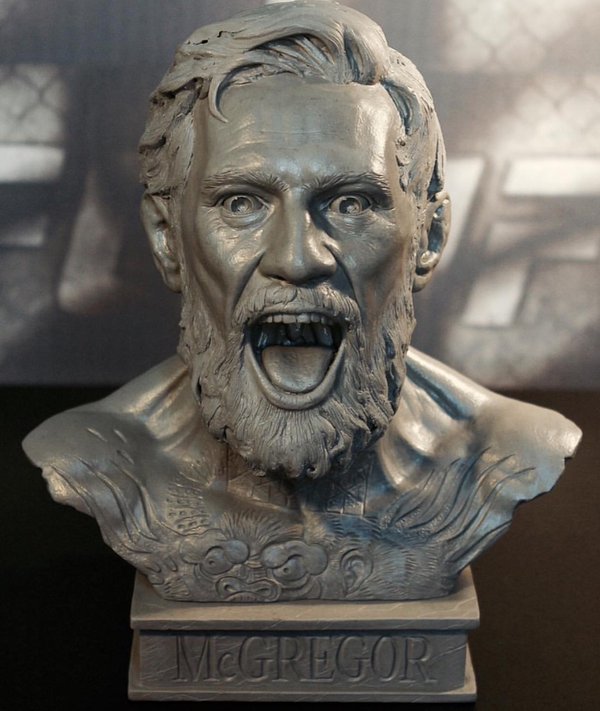