Last week, UFC light heavyweight Anthony Smith told the story about a home invasion. During the reveal, he said that a man broke into his Nebraska home. Then, he went on to explain how the man couldn’t have been a “regular Joe,” due to the fact that Smith had a hard time putting him away with strikes. Now it’s been revealed that the home invader was a former high school wrestling standout in Anthony Smith’s residential state of Nebraska.

Smith recently explained that his wife took his family and locked themselves in a bedroom. After that, he began to fight the invader., who weighed around 170lb. Although Smith is a professional fighter in the UFC, he stated that the crook was extremely difficult to handle.

Now, fans can understand why that was the reality of the situation. It turns out, the invader was Luke Haberman, a standout high school wrestler in the state of Nebraska. According to online records, Haberman is an estimated 183lbs and stood at 5’11”. Not only was the 21-year-old a standout on the wrestling mats, but he also played linebacker and fullback for Westside High School in Omaha, Nebraska.

Smith detailed the exchange between himself and Haberman during an interview with ESPN. During the conversation, he expressed how surprised he was at Luke’s ability to fight.

“No normal human is able to fight like that,” Smith said. “I’m by no means the baddest dude on the planet. But he’s a regular Joe and I had a hard time dealing with him. And he took everything that I gave him — every punch, every knee, every elbow. He took every single one of them and kept fighting me.”

Here’s a video of invader:

.@lionheartasmith says he's still ready to fight on 4/25 even after he fought off an intruder at his home over the weekend. This is video for the suspect after he allegedly broke into another man's home before going to Smith's. Smith describes what happened.@3NewsNowOmaha pic.twitter.com/mGwSlTjimo

Haberman was cited for trespassing. Then, he was taken to the local hospital after being subdued by Smith. However, he has since been released. The investigation of the crime is ongoing with more to be revealed later. 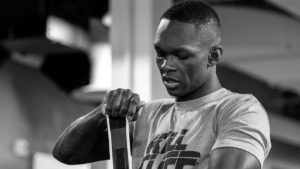 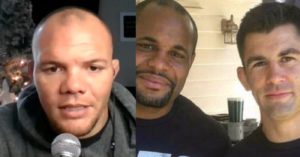 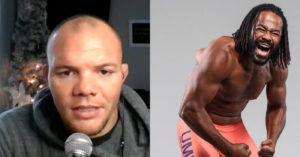 Anthony Smith On Rashad Evans Fighting Again: “I Hope That This Doesn’t Turn Out To Be A Negative Experience” 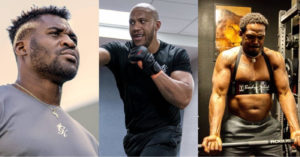