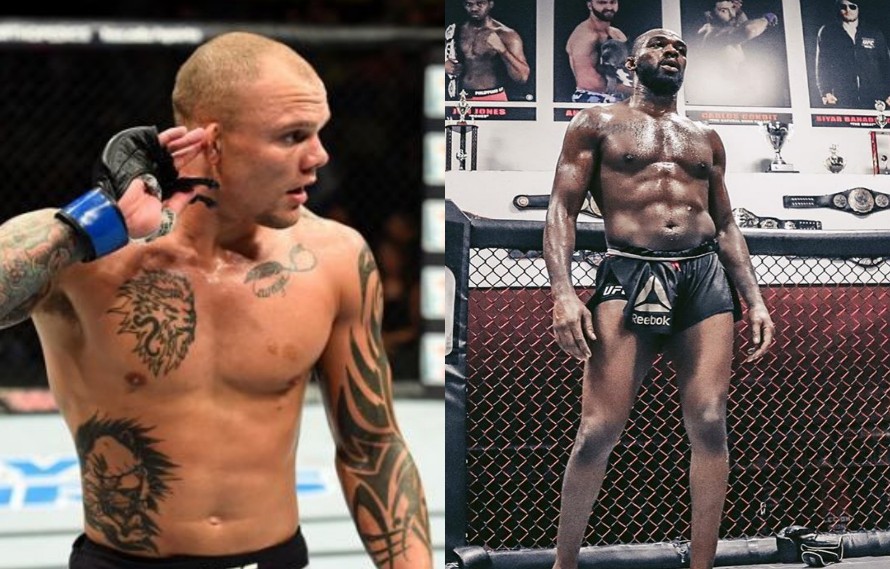 Anthony Smith once shared the Octagon with Jon Jones. Despite what former champ Daniel Cormier thinks, “Lionheart” sees ways that the light heavyweight king could be dethroned.

Smith once fought Jones for the Light Heavyweight title, losing a dominant decision. However, this was still better than a lot of people expected the former middleweight to do, as many thought Jon would be able to finish him. Nevertheless, he went the distance with Jon, earning respect.

Despite this loss, Smith does not think of Jones as unbeatable. He recently heard some comments from Daniel Cormier, saying that Jon can only lose at heavyweight, but he disagreed. Speaking with SiriusXM, he explained that, while size may help, it is not necessary.

🔊 Daniel Cormier thinks only a heavyweight can beat Jon Jones, what does @lionheartasmith think? He opened up to @RJcliffordMMA on SiriusXM Fight Nation 👊🎙️👊🎙️👊🎙️ pic.twitter.com/f344PYqfDw

“I think a heavyweight would have a much easier time,” Smith explained. “I like Daniel, I work with Daniel, I disagree with Daniel. I don’t see- Like, I hear him talk about Jon Jones like that all the time. I didn’t see that. Like, I didn’t feel like that when I was in there with Jon Jones.

“I don’t feel like that,” Smith continued. “I didn’t feel like I was in there with a dude that was unbeatable, and when I hear DC talk sometimes, I get the feeling as if he’s talking about someone who’s unbeatable.”

Smith went on to explain that he especially saw Jones look vulnerable in his second fight with Cormier. He said that DC was winning the fight, before getting caught with a head kick. Although Anthony agrees that someone who is bigger, with heavyweight power, may find it easier, there are ways to win.

Jon Jones is expected to face Dominick Reyes in February. Time will tell if Anthony Smith is right, and someone can beat him.