There is a very, very good chance that Anne Ribeiro does not approve of the LittleFoot nickname. Until the word is officially handed down from Ribeiro or ummm Bigfoot Silva, the nickname shall be LittleFoot.

MMA has gotten to the age where daughters and sons of fighters fans grew up watching are old enough to fight. This is great. Love/want more family trees mixing their martial arts.

Our friends over Globo Combate with the breaking news of proud papa Bigfoot Silva and his daughter Anne Ribeiro making her MMA debut next month.

“She practiced various sports, decided to return to the jiu-jitsu, to the point that she came to me and said,” Dad, I want to fight! ” She was 17 years old. For me, that was a surprise. I said, “Daughter, are you sure?” She said, “I have, Daddy, I want to fight.” She had been training jiu-jitsu for a long time. One of her coaches called me and said, “Look, she’s got a lot of talent. There’s a girl there who already has two MMA fights, we’ll get her to train with the girl” – of course, without punch – “and she goes the car in it, is awesome “- says Pezão.”

Bigfoot continued and went on to say a very Dad thing that will draw eyerolls from everyone.

“She always accompanied MMA, she already attended my fight in England, was a child and was there screaming with her mother. It’s in her blood. I usually say that she is me in skirt (laughs), only that much improved, because she is a cat, right! plays Pezão.”

Every teenage daughter in the US and Brazil just collectively rolled their eyes at Daddy Foot. Just picturing growing up with Bigfoot as your Dad?It would be awesome. LOL this right here is the Fight Pass reality show content the world needs.

Ribeiro originally expected to make her MMA debut back in December of 2018.

Ribeiro makes her MMA debut on Saturday Mar. 16 at XFN 23 from the War Memorial Auditorium in Ft. Lauderdale, Florida.

Bonus: Littlefoot plus Bigfoot back in the day 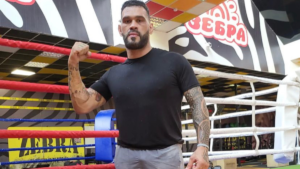 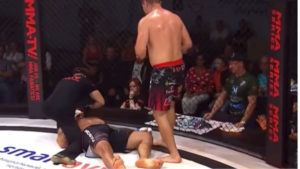 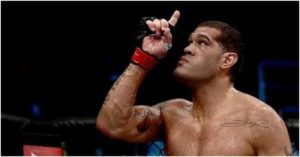 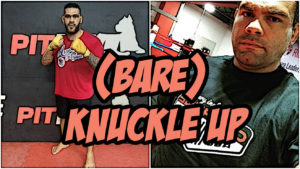 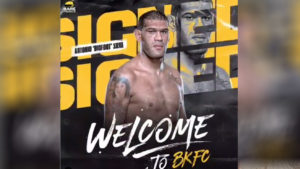 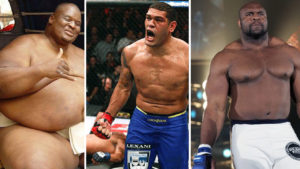 Kamaru Usman Takes A Shot At Leon Edwards’ Striking: “We All Saw What Masvidal Did To Him In London”