UFC commentator Jon Anik recently shared that he believes Jon Jones is the greatest mixed martial artist of all time due to his 15 championship fights. 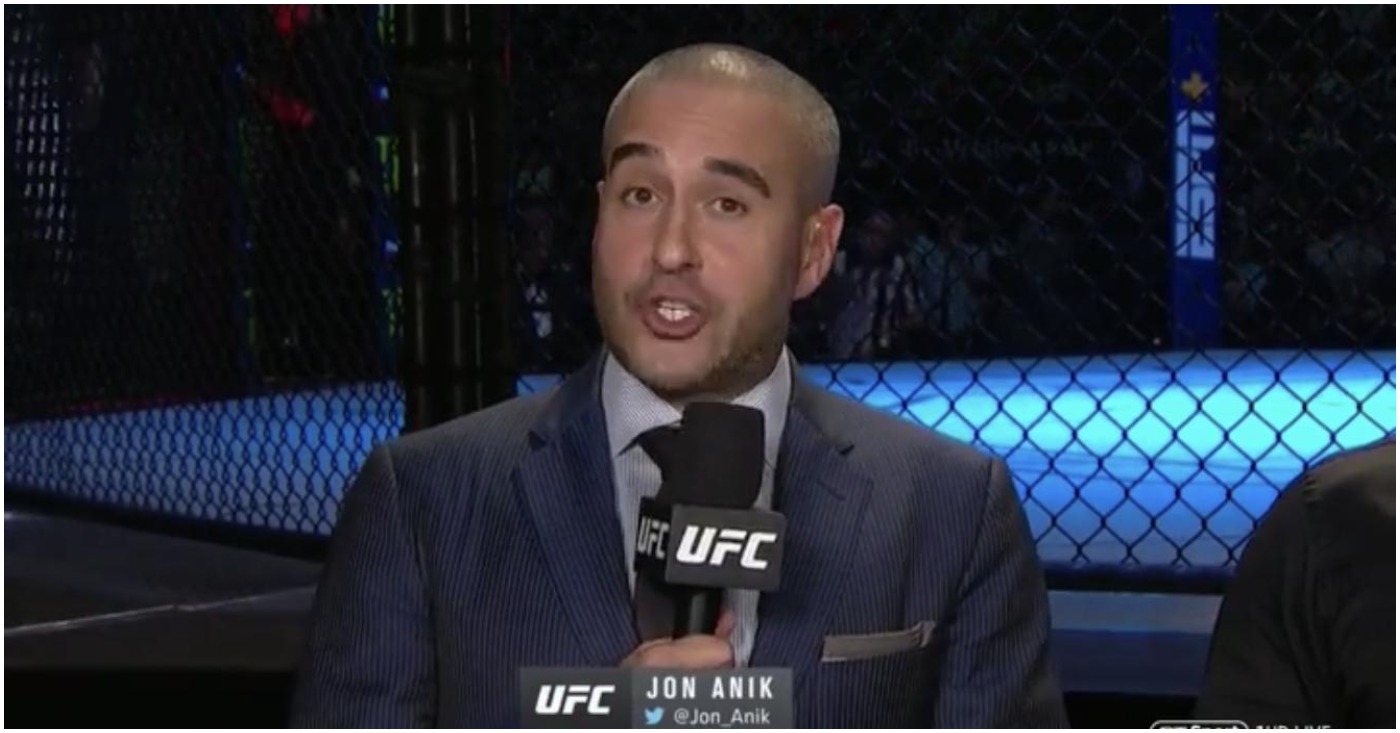 Who is the MMA GOAT? Khabib Nurmagomedov recently retired, which once again has sparked the GOAT conversation in the sport of mixed martial arts. Every time one of the greats has stellar performances, the all-time pound for pound rankings shakes up. According to Randy Couture, Jon Jones can end the GOAT debate if he wins the heavyweight title. Furthermore, UFC commentator Jon Anik thinks that Jon’s 15 championship fights give Jones the edge over recently retired Khabib.

While Jones has an impressive resume, fans take away points for his various stints with the law and run-ins with USADA. Failed drug tests make it hard for some fans to see Jones’s career without an asterisk. As well as the recency bias of Khabib’s last performance. Nonetheless, Anik still believes that Jon Jones is king. Even though Jon has stated his own case for GOAT status all over social media.

You make a lot of fair points. There will always be recency bias but there are plenty of us out there that recognize the value in your multitude of championship wins and title defenses. Your overall résumé is very difficult for anyone to compete with.

“You make a lot of fair points. There will always be recency bias but there are plenty of us out there that recognize the value in your multitude of championship wins and title defenses. Your overall résumé is very difficult for anyone to compete with,” wrote Anik on social media.

🔊 "If they put up championship banners in MMA, they'd have 15 of them at Jackson-Wink MMA just for him." 👊@Jon_Anik puts Jon Jones ahead of Khabib in the GOAT discussion despite Jones' issues. @RJcliffordMMA @RyanMcKinnell pic.twitter.com/NMpME2QZsN

“Well it’s very hard to put what Khabib has done into context because you know he didn’t commit a felon never got a cut right and an unblemished career that we didn’t think we were gonna have to contextualize you thought at least maybe you would be blood either batter or face of adversity before he stepped away but wherever you stand on Jon Jones but I do not see him at some gratuitous steroid abuser whatsoever he’s the greatest of all time because If they put up championship banners in MMA, they’d have 15 of them at Jackson-Wink MMA just for him,” continued Jon.

He (Jones) won 15 World title fight so I don’t know what anyone’s criteria really is. I understand that John’s timing could have been better in terms of getting on a soapbox to talk about this I believe that what was on the line Saturday night was the number one pound-for-pound fighter in the world and khabib beat another interim Champion so dominantly yes Khabib right now at this level of dominance is the no. 1 pound for pound fighter in the world. But i didnt believe he was fighting to become the greatest of all time necessarily. Everybody seems to disagree with that right Dana White Joe Rogan Sean Shelby, Ray Longo but 15 championship fights I just I don’t know where you guys stand but to me it’s a hard number to get past.”

For Jones, it’s nice to see somebody stating his claims for him, rather than talking himself up on social media. When it comes to the GOAT conversation, it’s usually a topic reserved for fans to decide. Not for fighters to state their own cases of their own greatness.

It’ll be interesting to see how fans perceive Anik’s words. However, Jone’s resume within the sport is undeniable. Especially if you don’t count the “dark ages” of his career.