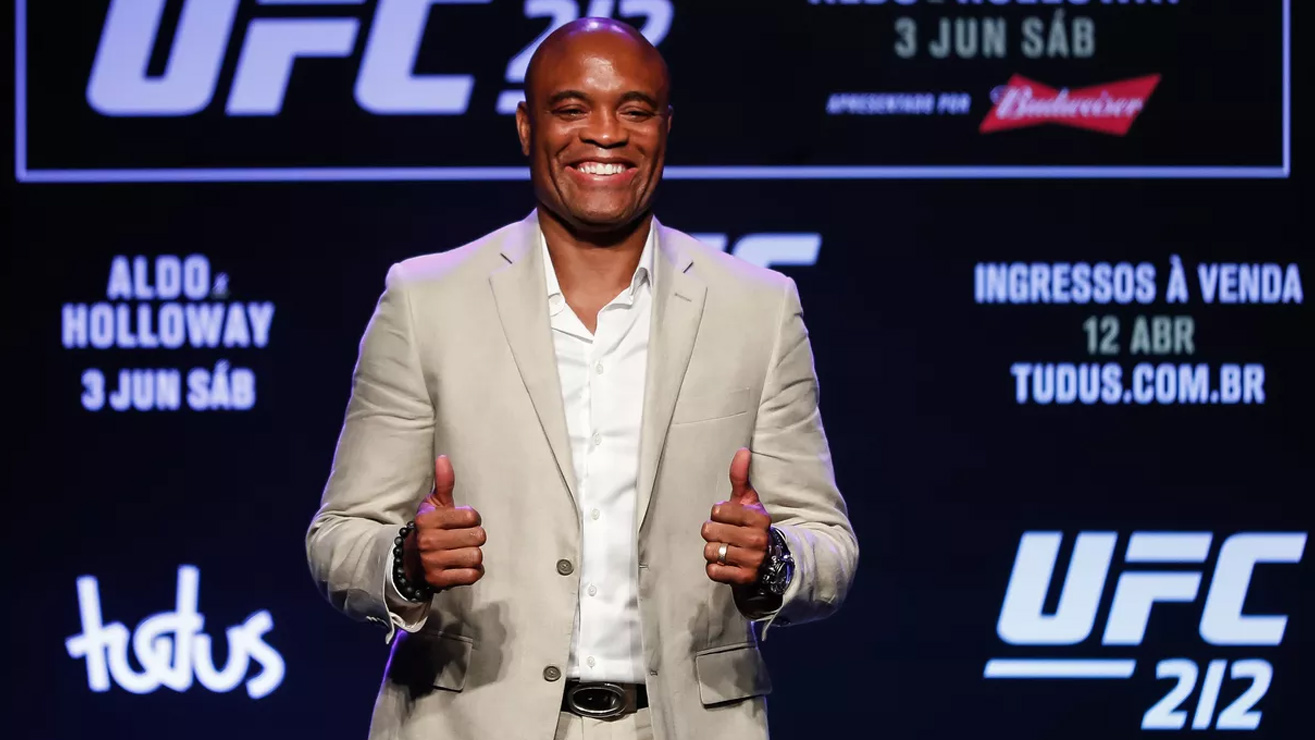 Former UFC middleweight champion Anderson Silva is currently in hot water. Silva was pulled from his contest against Kelvin Gastelum at the UFC Fight Night 122 event back in November in Shanghai, China after he was flagged for a potential anti-doping violation following an out-of-competition drug test by USADA.

Silva could possibly receive a lengthy suspension that could result in an end to one of the most storied careers in the UFC history.

In a recent interview with Globo Esporte, Silva mentioned his UFC contract is still active and remained optimistic that he could fight for UFC title again:

“I’m happy with everything that I’ve conquered,” Silva told Globo Esporte (via Bloody Elbow). “Nothing is forever. I still have my UFC contract and I’m very happy with it. Only time will tell what’s next. I’m feeling well, I train everyday, I’m a healthy guy. Waiting is all there is to it. I’m still alive in the division, and there may be a chance to fight for the title again.”

Silva (34-8, 1 NC), at one point, was considered the greatest UFC fighter of all time, defeated Derek Brunson via unanimous decision in his most recent fight, at UFC 208 in February 2017.

Do you think we will see Anderson Silva back in the Octagon in near future?

Mark Hunt hates the UFC rankings just as much as us, also calls out Francis Ngannou
← Read Last Post

A Lesson in Street MMA: If you toss a chair at this IHOP manager he will Tombstone piledriver you
Read Next Post →
Click here to cancel reply.