Woah, what a silly contest we just had! After days of submitting your entries for the ‘Dethrone x MiddleEasy Win Tickets to UFC Boston’ contest, the moment has finally arrived to give away two floor tickets to this weekend’s UFC Boston and a signed Conor McGregor UFC Boston Dethrone walkout shirt for the runner-up.

For those that missed the contest (by some incredible oversight), we invited everyone to select any fictional character ever imagined and tell us why he/she/it should be sponsored by Dethrone, the only MMA apparel company MiddleEasy endorses. In fact, hop on Twitter and follow them @Dethrone and like them on Facebook on their official Dethrone page.

After what seemed like an endless flow of entries, we finally selected two well-thought and highly entertaining fictional characters and why they should be sponsored by Dethrone. Keep in mind, the winners of the contest did not illustrate these amazing characters. It was actually our bud Adam Doyle, the guy that did the entire background on our old site (don’t worry, a new background is coming soon!) You can check out his official page with all of his work here.

So we’re proud to announce the runner-up of our ‘Dethrone x MiddleEasy Win Tickets to UFC Boston’ contest is Gabriel Bryant with his Zangief entry. He will receive a signed UFC Boston Conor McGregor Dethrone walk-out shirt! It looks like this!

And the grand prize winner of our ‘Dethrone x MiddleEasy Win Tickets to UFC Boston’ contest is @CursedDiamonds with his ridiculous Santa Claus entry. 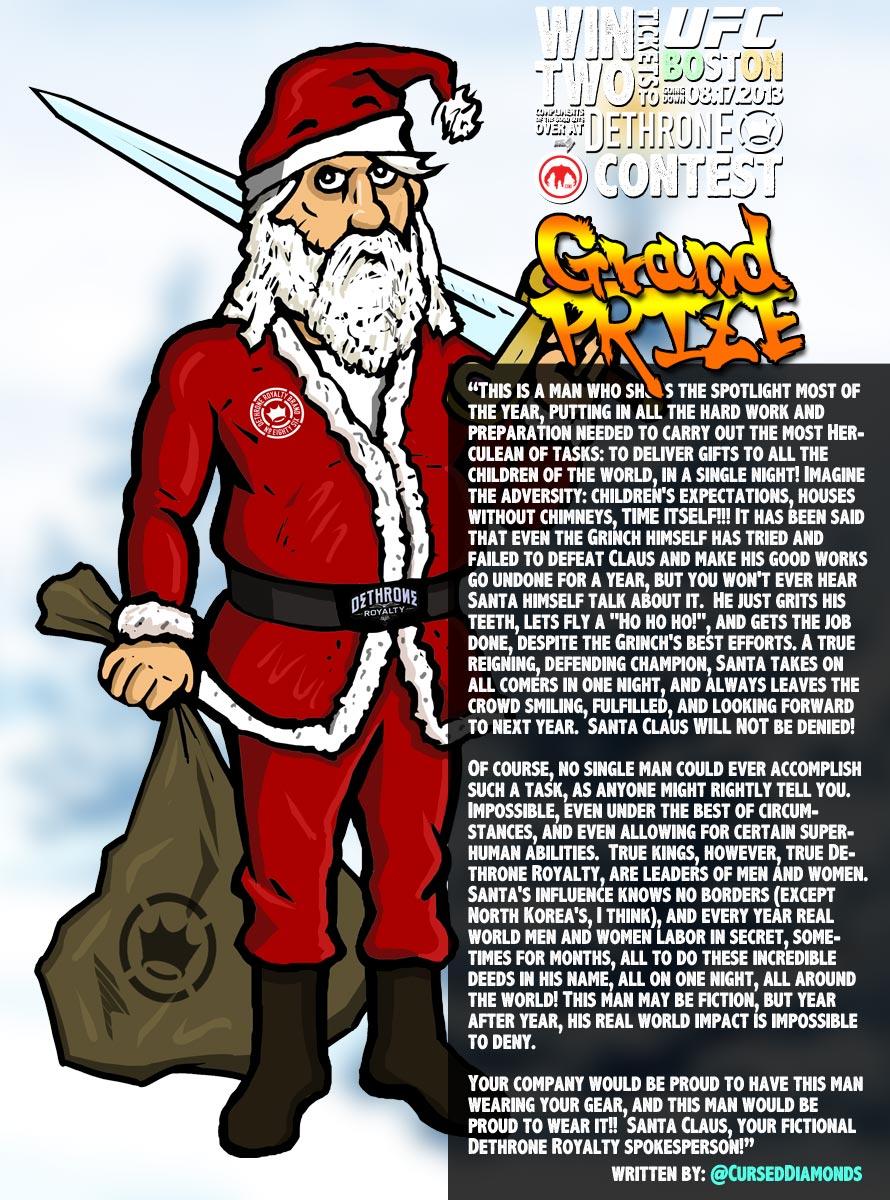 Big thanks to everyone that entered and be sure to look out for more giveaways and contests from Dethrone on MiddleEasy!