Rafael Alves felt ill after eating salmon on Thursday, he says this was the cause of his historic weight miss during the yesterday's weigh-ins. 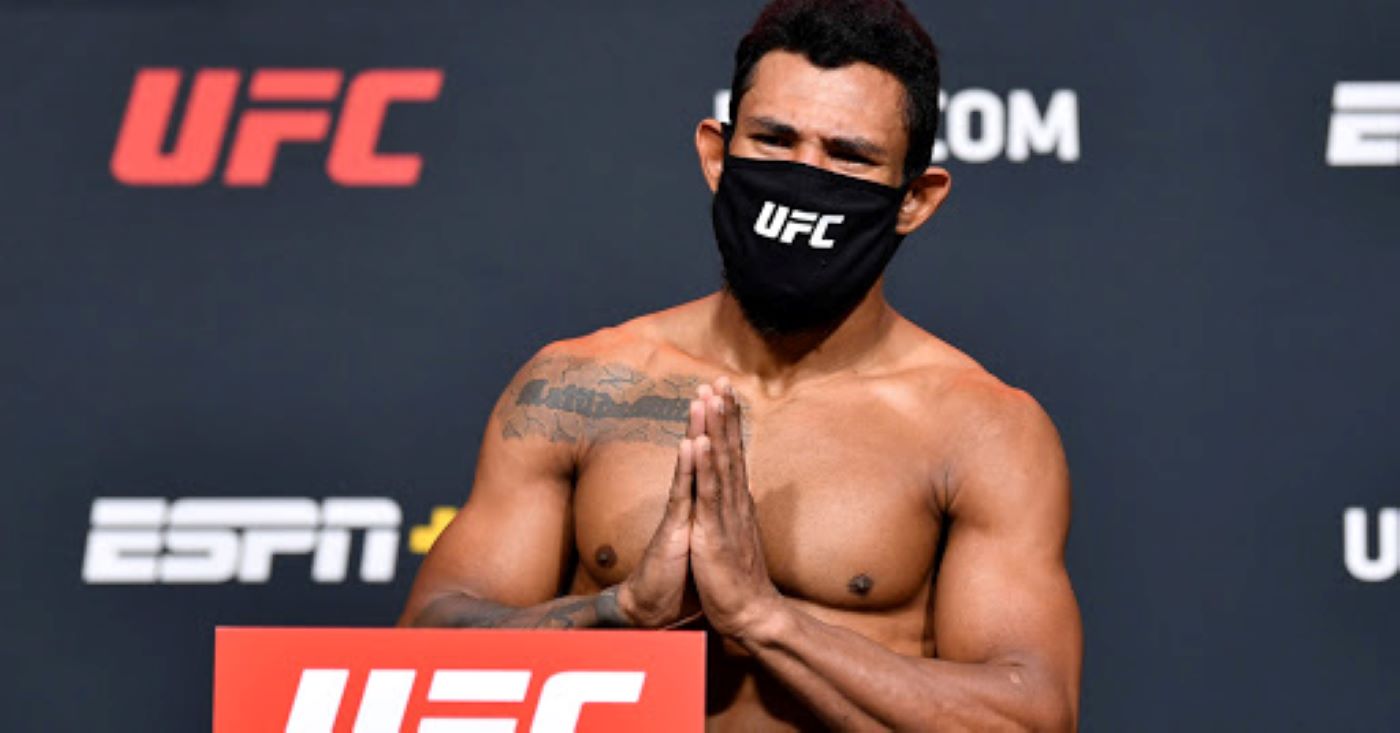 UFC featherweight contender Rafael Alves set quite an impressive record during the weigh-ins for UFC Vegas 19, but it’s probably not the type of record he’ll be proud of.

The Brazilian fighter was set to face Pat Sabatini in a featherweight bout. However, Alves weighed in at 157.5lbs which is 11.5lbs over the featherweight limit. At this weight, he would even miss the mark for a lightweight bout.

Alves told MMAFighting that this weight miss was the result of indigestion due to salmon. Alves reportedly felt ill on Thursday after eating salmon, which forced him to rehydrate before the weigh-ins.

“I ate salmon yesterday and felt ill, (had) vomit and diarrhea, so the doctor said I had to treat it by drinking water. I only had 4.4lbs left to cut, but when i drank water my weight went up and got stuck so the doctor didn’t clear me to fight. But god owns everything and he knows what he does.”

Alves had mentioned earlier this week that this would be his last fight at featherweight before moving up to the lightweight division. He will now fight at 155lbs for the foreseeable future. Alves also added that the UFC has no intention to cut ties with him following this historic weight miss.

“Sean Shelby said that health is what matters now” Alves told MMAFighting, “He told me this has happened to champions before, and told me to come back stronger.”

“They won’t cut me because they had to change opponents an they were searching for a new one. Some said they would fight at 155 and others at 145, so I didn’t focus on the guy I was fighting nor my weight. But I’m going to fight at 155 now. I’m focused and nothing will stop me.”

Alves’ fight against Sabatini was canceled while the other three fighters who missed weight on the card will get to fight but will be fined 30% of their purse.