Ali Abdelaziz: Khamzat Chimaev Will Make ‘Mentally Unstable’ Conor McGregor ‘Drink From A Straw For The Rest Of His Life’ 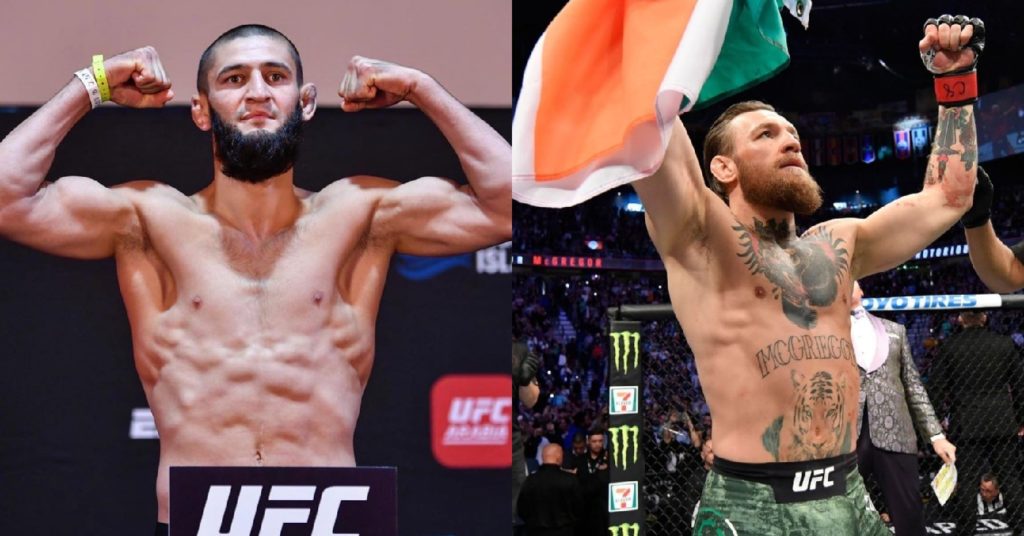 It is not a secret that Ali Abdelaziz manages a ton of UFC fighters, and that he is not a fan of Conor McGregor. When it comes to his latest client to gain some traction, Khamzat Chimaev, he believes McGregor would not stand a chance.

Over the years, Abdelaziz has been quite vocal about his dislike for McGregor, stemming back even before the Irishman’s rivalry with Khabib Nurmagomedov. The two have a type of beef that seems like it will last forever, even though most of the time it is Ali stoking those flames. It seems like at virtually every turn, he is finding new ways to threaten McGregor through his fighters and make aggressive and outrageous claims about the former champ-champ.

The latest client of Ali Abdelaziz to start making a name for himself in the UFC, is Khamzat Chimaev. After going 3-0 in the promotion, in just 66 days, there has been a lot of talk about who Chimaev could be facing next, and what the future holds for the welterweight and middleweight prospect. One potential opponent for him that has been floated around is Conor McGregor, but Ali told TMZ that he thinks this would not end well for the Irishman.

“Khamzat would kill him. He would really kill him.”

Although it is understandable for Ali Abdelaziz to vouch for his client, this is not a fight that makes any sort of sense. Conor McGregor is dealing with his own personal issues, but even if this were not the case, Khamzat Chimaev is not appropriate as an opponent currently. Perhaps this could change in the future, but right now it is a ridiculous idea for this fight to be booked.