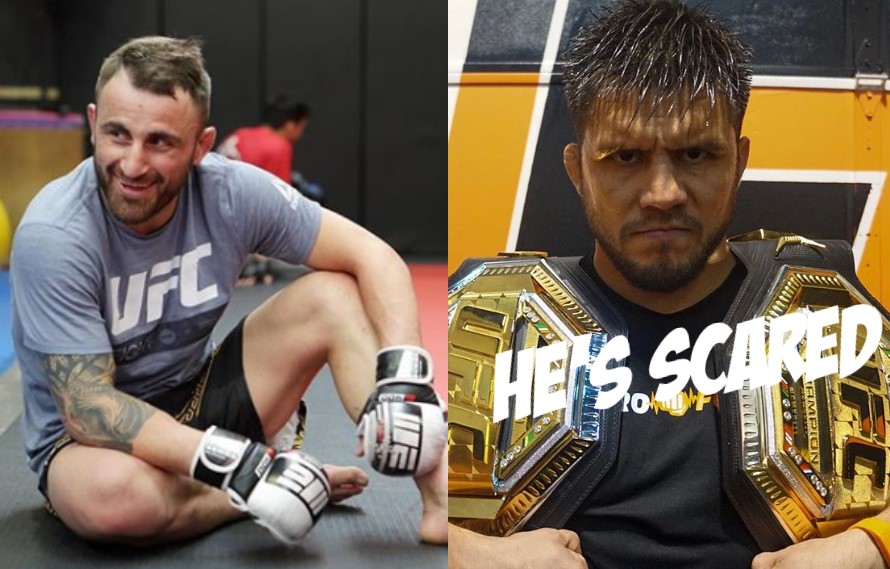 Alexander Volkanovski has a lot of potential challengers for his newly obtained UFC Featherweight title. However, the one that he is least concerned about, is Henry Cejudo.

Cejudo called for a fight with Volkanovski recently, saying that he might be interested in obtaining a third UFC belt. He had already earned Champ-Champ status, by simultaneously holding belts at 125lb and 135lb. However, since winning the latter, he has not competed, but stays calling people out.

In the mind of Alexander Volkanovski, Henry Cejudo is calling for fights with people like him, or Jose Aldo, because he does not want to face the contenders he has. Speaking recently with ESPN, the featherweight champ gave his thoughts on the situation.

“That’s what a lot of champs are doing,” he continued. “that’s how they’re looking at it, ‘even though fighting someone heavier might be a harder fight, but i’ve got my division to fall back on. i’ve always got a belt i can hang on to.’ Maybe that’s what he’s trying to do.”

“but be careful what you wish for,” Volkanovski warned. “because if he gets in the ring with me, i’m going to be a lot stronger than him. Man i’ll squash him in there.”

Although the idea of Henry Cejudo fighting Alexander Voklanovski already seemed unlikely, it is reassuring to see him so dismissive. Considering reports of a potential rematch with Max Holloway, that seems to be the route the UFC wants to go, anyway.

AKA Head Coach Says Daniel Cormier was 'Not the Same' in Miocic Rematch due to Injuries
Read Next Post →
Click here to cancel reply.