UFC welterweight Alex Oliveira suffered a leg injury on Christmas Eve after being hit with fragments of a grenade in Brazil.

MMAFighting first reported the news that Alex ‘Cowboy’ Oliveira after done celebrating the festive season in his hometown of Tres Rios outside Rio de Janeiro, left to buy some gasoline for his mother’s car and saw some of his family involved in an altercation.

Oliveria immediately stopped his car to investigate, he said some attackers threw a grenade at his direction and shrapnel of grenade lodged in his leg.

“One guy came up and pointed a gun at my nephew’s face, and that’s when people started pushing each other,” Oliveira told the website. “They had machetes, knives, a grenade. They threw a grenade in my direction. Fragments flew to my leg and my foot.”

UFC welterweight said he went to local emergency room to remove the grenade fragments. Later that day Oliveira went to the police station to report the incident.

“Cowboy” is coming off a bloody second-round submission to Gunnar Nelson at UFC 231 in Toronto Canada on December 8. After this setback, Brazilian needed 29 stitches in his forehead. Oliveira current MMA record is 19-6. 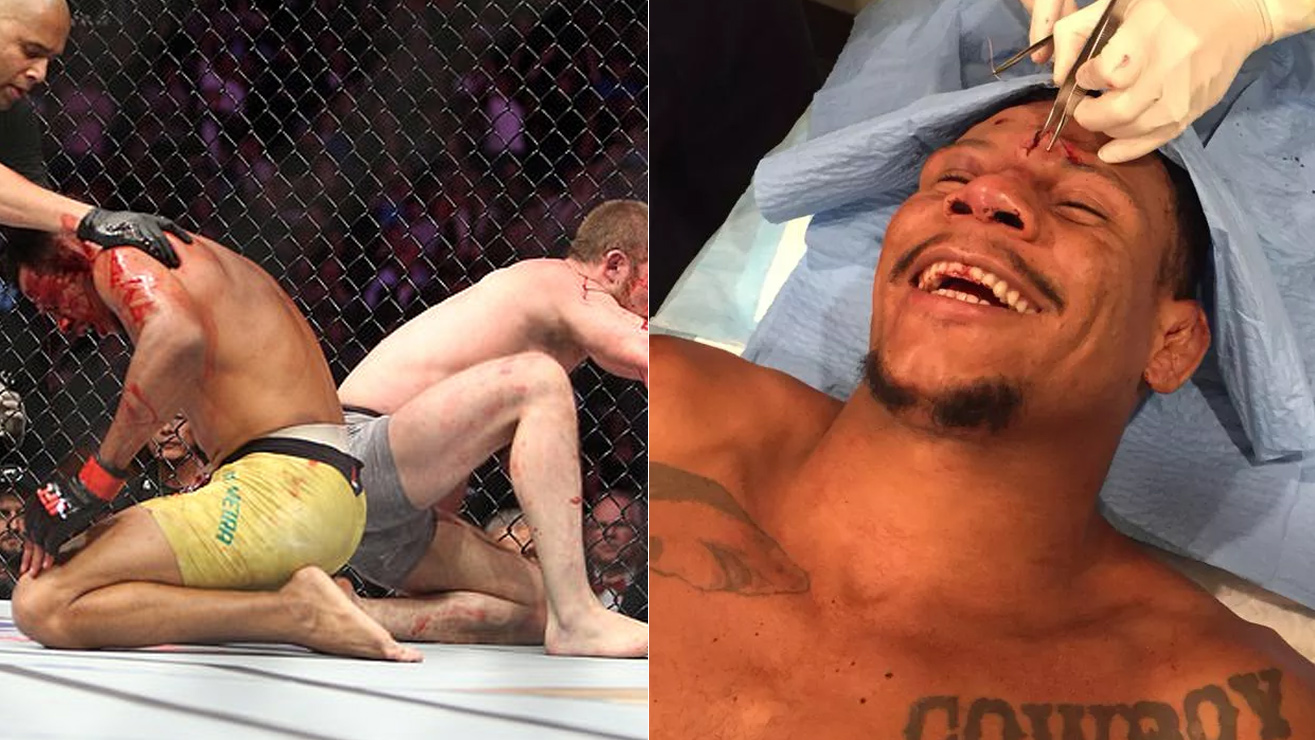 MiddleEasy would like to wish Alex a speedy recovery.

Joe Rogan Believes UFC 232 Relocating Was Based On Stupidity By NSAC
Read Next Post →
Click here to cancel reply.