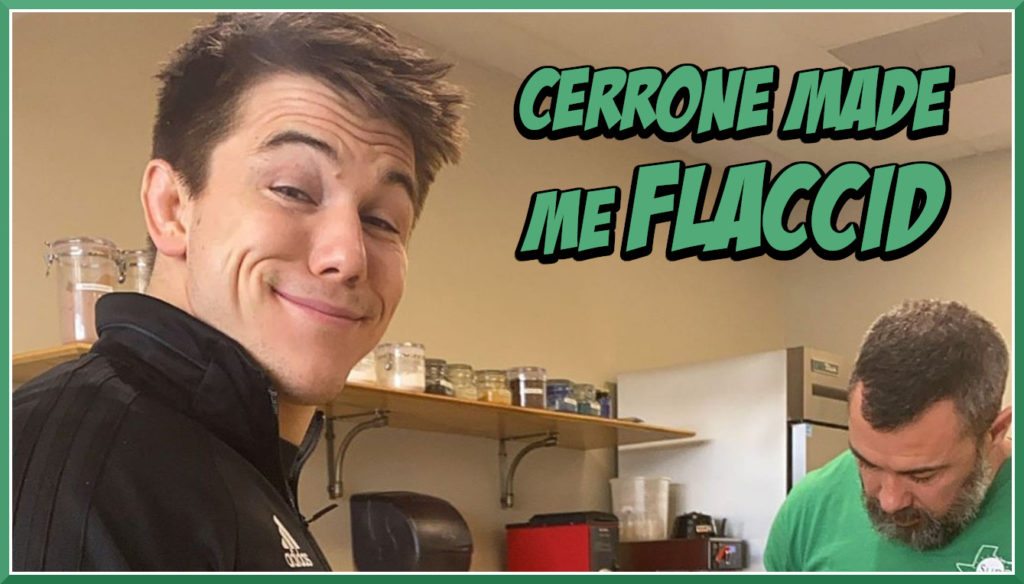 Stephen A Smith wasn’t the only person on the planet who was disappointed in Donald Cerrone’s performance at UFC 246. During 246, Cerrone faced Conor McGregor and suffered defeat in just 40 seconds. After the loss, theories arrived of Cerrone “taking a dive” for the company. And, while Stephen A was the first to be vocal about Donald’s performance, he certainly wasn’t the only one. UFC lightweight Alex Hernandez was also not impressed with Cerrone’s performance. So much so, that he isn’t looking forward to facing Cerrone in a rematch anytime soon.

Hernandez faced Cerrone at UFC Brooklyn back in January of last year. The contest was severely one-sided as Donald really took it to Alex. Ultimately, after battering Hernandez for nearly two entire rounds, a head kick stunned Alex and Cerrone was able to finish the fight with punches.

Initially, after suffering the loss, Hernandez was persistent on having the chance to face Cerrone again. But, after seeing Cowboy’s performance against Conor, he’s changed his tune.

Alex Speaks to the Media about Cerrone

As a guest speaker during the UFC 247 media scrums, Hernandez took questions from the media. During the exchange, he voiced his opinion on Cerrone’s performance. Plus, he spoke on if he would want to fight him again.

“That performance made me flaccid. I had this hard-on and this vindictive mind that I was going to come and conquer and slaughter ‘Cowboy’ and get my revenge, said Hernandez. It was all out of respect because he is who he is and he beat me, so for me, I had this vendetta and I had to go get it.

“The erection that I woke up with every morning with this (expletive) vengeance in mind just fizzled in air and now I don’t want anything to do with that fight,” finished Alex.

The Return of Alex Hernandez

Now that Hernandez is … flaccid about a rematch, he’s targeted other fighters. He listed Al Iaquinta, Gregor Gillespie, Carlos Diego Ferreira, and Islam Makhachev as potential opponents. And, he listed that he would love to return and fight three times in 2020.

Are fans excited about the return of Alex “The Great?” Let us know in the comments.