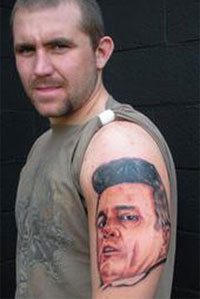 Trying to solve a Rubix cube is all about basic mathematics. There’s an algorithm involved and once you get it, you can do it with your eyes closed. If you don’t believe me, there’s a guy in Philadelphia who hangs out on South Street and solves a braille Rubix cube without the help of his eyesight. The dude isn’t colorblind, he’s completely blind and he does something the rest of us give up on within the first five minutes of attempting. If this guy had his eyesight, he’d probably do something more fruitful with his life like engineer a robotic puppy the Department of Defense could use to swallow roadside IED’s and poop them out somewhere in the desert where they could detonate without harming anything but a few grains of sand and maybe some strange breeds of cactus.

It’s easy to talk about all the fighters out there that don’t have career-threatening eye injuries to deal with in their upcoming fight camps, but it’s completely different when you’re Alan Belcher. A few months ago, he told the world he might be forced to quit MMA. It all started when he was training in Brazil and suddenly detached his retina, forcing him to come home and undergo emergency surgery in an attempt to fix the damage. After the surgery, he was told the damage was permanent and he might be forced to quit MMA entirely or risk going blind if anything happens to his other eye.

I caught up with Alan at Bellator 33 and here’s a synopsis of what he said:

The next time you stub your toe on a staircase and yell obscenities at your clumsiness, remember that Alan Belcher plans to compete with compromised eyesight at the highest level of MMA in the UFC middleweight division. Marinate on that when you complain that you don’t want to get out of bed in the morning and fold your laundry on an otherwise lazy Saturday. If Alan Belcher’s story doesn’t motivate you to do something extraordinary, we hope you the allotted time on the return policy to those Tony Robbins tapes you ordered hasn’t lapsed yet. Seriously, fold your laundry. 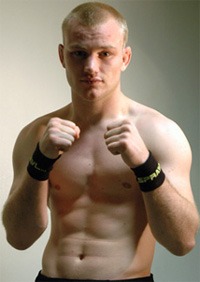 Martin Kampmann promises he will defeat Jake Shields and send him back to Strikeforce
Read Next Post →
Click here to cancel reply.