Former UFC fighter Abel Trujillo was sentenced to two years probation in regards to his arrest on child sexual exploitation charges. The charges were filed back in 2019, as Trujillo pled guilty to sending underage girls nude photos. Furthermore, Abel admitted to having multiple inappropriate conversations with underage women via social media.

Had wondered what came of the Abel Trujillo case.
"When contacted by police, Trujillo eventually acknowledged that 'he has had multiple conversations with females under the age of 18' and admitted to sending nude photos, according to the affidavit."https://t.co/Zlo3VqU4Qa

News of the story broke via 9news.com. Here are the details that the new site reported in regard to Abel’s case and charges.

The girl first had contact with Trujillo in March 2018 when she received a friend request from him on Instagram. She did not know Trujillo but told police she accepted the request “because Abel is a celebrity,” according to the affidavit.

Not long after she accepted his friend request, she began receiving direct messages and “became uncomfortable with what was being discussed.” Abel also sent her nude photographs, according to the document.

She deleted the photos and messages between her and Abel and blocked him on all her social media accounts. There was no contact between the two for several months, according to the document.

In October 2018, she received another message from Abel, the affidavit says. The victim said she “cleared” her social media accounts and thinks that might have lifted the block she put on Abel, according to the affidavit.

As the story continued, Trujillo admitted to sending sexual messages to underage girls. However, he wasn’t clearly identifiable in the images. Nonetheless, investigators assigned to the case were able to identify the man in the images as Abel Trujillo due to skin tone, body style, and tattoos.

Additionally, Trujillo has twice pleaded guilty to charges of domestic abuse in the past. And in both cases, the conflicts involved the mother of his child. He’s since exited the UFC on a 2 fight losing skid in 2017. 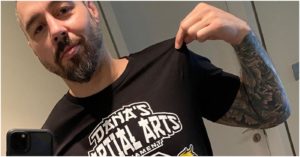 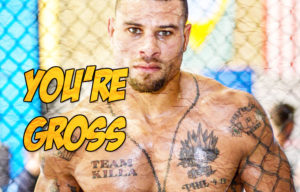 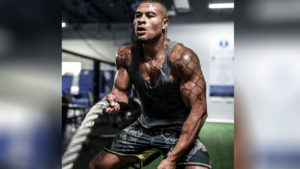