According to Russian reports, Abdulmanap Nurmagomedov, Khabib Nurmagomedov’s father is currently in a coma. The news came via Sports Express, a Russian media outlet. Inside the article, it’s been reported that Abdulmanap is in a “very poor situation” and is stationed in a hospital alone, where no family is allowed.

Last month, Middle Easy reported on the news that Abdulmanap Nurmagomedov was reportedly sick. It was said that he was ill with pneumonia and flu-like symptoms. No signs of coronavirus have been detected thus far when it comes to the health of Khabib’s father. Ramazan Rabadanov, who is a sports reporter in Russia shared the news on Championat.com.

Reports of Abdulmanap Nurmagomedov in a Coma

Now, reports show that Abdulmanap’s situation could be worse. Although it doesn’t seem to be a case of COVID-19, some reports are saying that Khabib’s father is currently fighting for his life.

“Abdulmanap has a very poor situation, he is in a coma, in Moscow,” a source in Dagestan told SE. – He was treated incorrectly here (in Dagestan), a complication arose. He was taken by plane and now he is in Moscow in a military hospital. He is alone there. relatives are not allowed there. (via Sports Express)

The entire mixed martial arts community has shared their condolences for the Nurmagomedov family during this hard time. UFC President Dana White took to social media to relay words of positivity about Abdulmanap Nurmagomedov and his illustrious resume. Additionally, Conor McGregor spoke out about the matter and sent his good wishes to the family.

Praying for the recovery of Abdulmanap Nurmagomedov. A man responsible for more World champions, across multiple fighting disciplines, than we even know.
A true martial genius!
Very saddened upon hearing this news tonight.
Praying for the Nurmagomedov family at this time 🙏 https://t.co/OVklQphPgN

“Praying for the recovery of Abdulmanap Nurmagomedov. A man responsible for more World champions, across multiple fighting disciplines, than we even know.
A true martial genius! Very saddened upon hearing this news tonight. Praying for the Nurmagomedov family at this time,” wrote McGregor.

“Abdulmanap Nurmagomedov is a true martial artist who lives a life of pride, honor and respect,” Dana White said. “He instilled those same values in his son, world champion Khabib, at an early age and was always in his corner throughout his career.

Middle Easy would also like to extend their deepest wishes and prayer to the Nurmagomedov family. 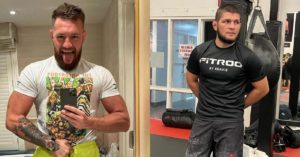 Conor McGregor Returns Fire At Khabib Nurmagomedov: ‘I Want To Eat Your Children’ 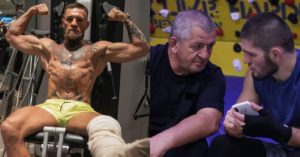 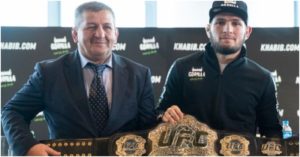 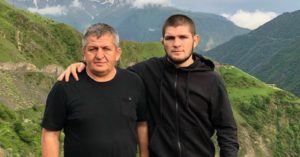 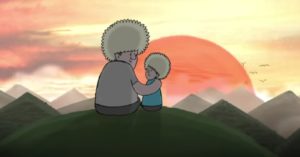 Khabib Nurmagomedov Gets Touching Tribute For His Father Ahead Of UFC 254, With Animated Video From BT Sport 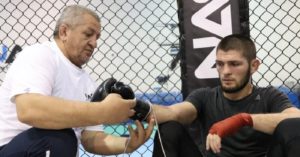