A new Japanese MMA promotion has emerged, and it’s under Pride FC rules 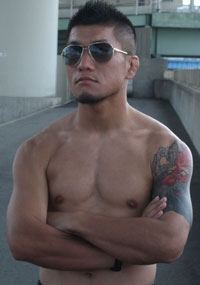 You can reminisce about Pride FC and not be considered a necrophiliac. Two of the five champions in UFC and three of the five champions in Strikeforce competed under the Pride banner. Pride isn’t dead, it’s just — hibernating and occasionally making appearances whenever someone needs to be slapped in the face. After Pride was sold to ZUFFA in 2007, everyone thought DREAM was Japan’s way of saying this, but only in the form of an organization that retained some of the rules (and roster) from Pride FC. However, the closest thing that resembled the Pride rule-set happened at Dream 8 when Mach Sakurai gangsterized Shinya Aoki’s skull with an incredible amount of knee-to-face strikes from the ground. It was an extraordinary display of what Pride FC used to be — but only watered downed with the removal of head stomps and soccer kicks. Now there seems to be a new Japanese MMA organization that promises a full Pride FC rule-set, including elbows.

Voltage – Experiment Mixed Martial Arts will have their debut show on November 27th at Differ Ariake in Tokyo, Japan. As expected, the current fight card is filled with a bunch of guys that you’ve never heard, but are willing to get soccer kicked in the head for the sake of a paycheck. The organization seems to be focused on profiling each fighter through the use of Youtube clips recorded in strange dive bars in Tokyo. If you can understand Japanese, then you can watch this fighter get interviewed in a bar that loves playing The Bee Gees – Stayin’ Alive and have absolutely no remorse doing so in 2010. It’s a start-up promotion with their current talent level below Pancarase, DEEP, DREAM and Shooto, but with a Grabaka camp fighter on the card (Ryota Masuda), hopefully it will gain some steam in 2011. [Source]

Can we just give Yoel Romero the Takedown of the Year award?
← Read Last Post
Maybe all that 'First Mexican Heavyweight' stuff really is working for Cain Velasquez...
Read Next Post →
Click here to cancel reply.