Ray Cooper III Revenges Knocking Out The MMA Fighter Who Beat His Dad! 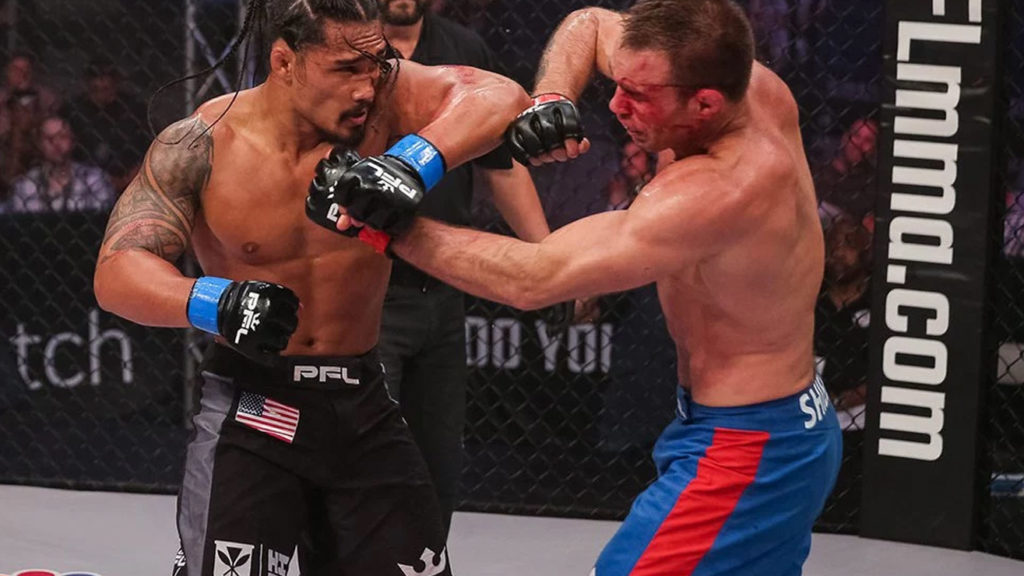 In MMA, karma sometimes comes instantly, while on the other side, you can wait for more than ten years.  The main event of Shooto Hawaii: “Soljah Fight Night,” which took place inside Blaisdell Arena in Honolulu on July 9, 2004, will be remembered for the tremendous victory of young Jake Shields over Ray Cooper. Unfortunately, his son Ray Cooper III could only watch the match!

And now, 14 years later, he got back for revenge! A stunning 25-year-old Hawaiian faced the fighter who choked out his Dad, earning the chance to advance in the Professional Fighter’s League (PFL) tournament in the welterweight headliner of PFL 3.

You know what is the biggest parody? Jake Shields has always been one of the best grapplers in the world of mixed martial arts, a former Strikeforce champion, and a former UFC title contender. According to bookmakers, he was a gigantic -1400 favorite in this showdown. Somebody definitively earned a lot of dollars last night!

Ray Cooper III revenged for the loss of his father crushing Jake Shields down. Extremely brutal left hook really landed and sent Shields to the ground. Angry son finished him easily via a violent barrage of punches in the second round. (via MMAMania.com)

“There was a lot of history going into that fight,” Cooper said. “I wanted to get back at Jake. He’s one of the toughest guys in the sport. Stepping into the cage, I was just getting into the zone. And now I’m already getting back to rehearsal for the next fight.”

Check out our highlights real! What do you think, does Ray Cooper III has a bright future after this surprising victory? At least his heart is fully-loaded now!

Watch: Nick Diaz says he was framed for his arrest, will fight in 2019
Read Next Post →
Click here to cancel reply.