The Evo Championship Series is going down now, right now 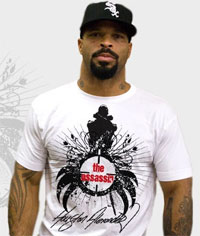 It’s that time of year where everyone who’s been beating their friends in their favorite fighting games is suddenly stripped of their sense of self-worth. That’s right, EVO. The video game tournament where reaction speed and hand eye coordination are paramount, and timing is everything. It’s an equally fascinating and depressing spectacle to see how skilled some people have become at fighting games. Depending on your personality you will either feel more inspired than ever to pick up those sticks and spend hours in the practice mode, or you’ll never want to play another fighting game ever again because it’s hopeless. Utterly, utterly hopeless. These are the next level players right here, player.

These are the guys that show that no matter how many of JuanDingo’s tutorial videos you watch on Youtube, you are never going to be a top tier virtual combatant. It’s not going to happen. You can master as many 15 hit, 42% damage combos as you’d like, but as soon as you try to bring that stuff into the 2-D fighting planed arena against one of these people you’re going to look like Batman fighting Bane. This is one instance where I’m referencing the movie, and NOT the comic book. You aren’t just going to have a giant luchador break your back in your own house, you are going to get mercilessly beaten down and have every combo rendered ineffective. You might even get punched by your own fist. This is all being streamed on Twitch right now, so go watch how the pros do it, and then go back to spamming ring outs against your friends for the easy victory.

It’s all going down right here.

And here’s the schedule, for you responsible people.