Forza Horizon 2 is the Greatest Car Game of All Time

Written by Dave Walsh
I am a car guy.
By this, I mean that I am a video game car guy. I can change the oil in my Lexus, and I sometimes will take it out to Red Rock Canyon here in Las Vegas and pretend I am somehow driving in the 24 hours of Le Mans, avoiding critters and curves and cactii. But this is the extent of my car-guy-ness. It is where the car guy in me stops pretending to know about cars and admits that almost everything I have learned about cars, I have learned because of the Forza franchise.
I don’t remember when I first discovered Forza. I have been an Xbox Guy since the first one came out. I really enjoyed the time I was able to spend on Gran Turismo on the PlayStation, though it often felt as though the developers were laughing at me. Car racing games were supposed to be like Outrun, and Gran Turismo was certainly not Outrun. Not at all. Gran Turismo made fun of guys like me who thought it was supposed to be like Outrun.
Forza? Forza wasn’t like that. Not at first. Forza eased you into things and gave you a sense of purpose before pulling the blanket out from underneath you and challenging you with the difficulty. It was not until the last iteration of Forza for the Xbox 360, in fact, that I turned off all difficulty modifiers. I drove the cars as they were supposed to be driven, or at least as much as closely as they were supposed to be driven when I had a fake wheel in my hand and the scenery flew by on a television screen.
Yes, I bought a wheel. Forza consumed me, and I am not proud of this. Okay, I kind of am. I don’t want to tell you how many hours I put into Forza, but I will tell you this as a cautionary tale: it was well over 200 hours. That is way too many hours to play a video game. Even one as majestic as Forza. Of this, I am certain.
But then Forza Horizon came out. I bought it on a whim, because I saw the name Forza and my impulsive side took over and I had to have it. I took it home and I lost myself. I may have forgotten to feed my dog for a few days (this is not true; my dog is very spoiled. I am just trying to make a point here). I played Forza Horizon until I knew every nook and cranny. I can tell you without reservation that it was one of my favorite video games of all time.
And then came the XBox One and Forza Horizon 2, and I had to have it. Because of course I did. Forza Horizon with better graphics and cars and lighting? Sign me up. You have never seen a man more excited than I when I received my code to download and review this game. I sat on my couch and stared at the progress meter on my Xbox One. This actually happened. Again, I am not proud.
Forza Horizon 2 takes everything I loved about Forza Horizon and greatly amplifies it. It is a car lover’s dream, but only if you are the type of car lover who would rather fire up a stock Volkswagen van and cruise around Europe looking for barns that might or might not stock “barn finds,” or if you are the type who wants to meet up with some friends and drive around and do races and things. Maybe you just want to go to a car meet, to look at some cars and maybe buy some crap. You can do that, and much more, in Forza Horizon 2. 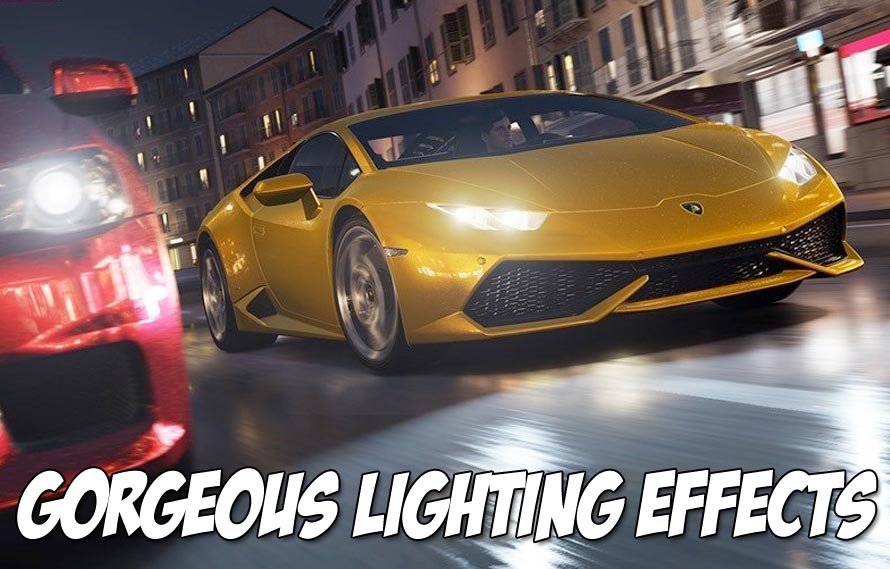 Because at its core, Forza Horizon 2 is the most social game I have ever played. Your friends are always online, and when they aren’t, their Drivatars are. These Drivatars putter around the streets of Nice and other nice Euro cities, and the Drivatars act like the same asshole your friends act like when playing car games. In this, they add a sense of realism to a game that is already incredibly realistic. If your friends are asshole drivers who crash into you and think it is hilarious every single time, there is a good chance their Drivatars are also chuckling when they ruin the front end of your brand new Ferrari.
It is an unfortunate thing, ruining these cars. You can turn off damage, but where’s the fun in that? There is a very real sense of loss when you ding up your brand new barn find, faithfully restored by the in-game mechanic. Partially this is because the cars are absolutely gorgeous. They look real. This is something that is often said about next-generation graphics; I don’t care if aliens or robots or whatever look real, because they are not real. But these cars look real enough to fill me with a sense of wonder, and then a sense of dread when my buddy’s asshole Drivatar crushes them.
Thankfully, there are plenty of places to go in Horizon 2’s Europe. The drivable area is gigantic. I once tried to drive from the upper left corner of the map to the bottom right, and I gave up because it took too long and I got distracted by cross-country races along the way. Yes, cross-country races. These are the best additions to Forza Horizon 2 and perhaps any video game series, ever. Here is what happens: you drive across the country at breakneck speeds, plowing crops and houses and fences and probably some cows, because where you are going, you don’t need roads. These are easily the most thrilling part of the game, because you have no idea where you are going and you have no idea how you are going to get there, and yet you get there all the same. You killed an entire city’s worth of corn to do it, but you did it. 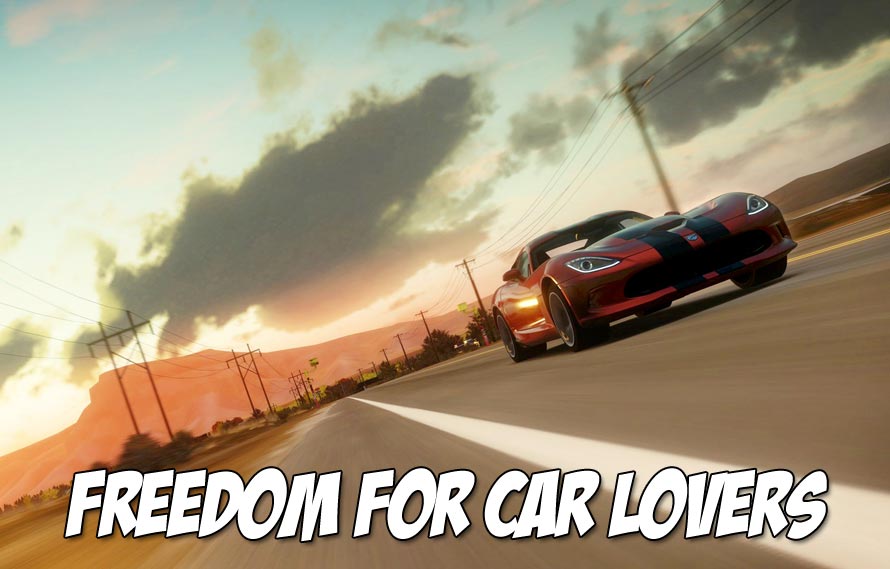 For me, the highest honor I can give a game is the moment I realize that it could be a dangerous thing for me to keep it in my life. When I find a game I love, I am strangely aware that I could easily gain 450 pounds and start drinking Mountain Dew and eating nothing but Taco Bell for a year while playing the game. I am capable of this. And so when I find a game that has this sort of effect on me, I have to put it away. I already have one game that ruins my life (the Football Manager series), and I can’t have another.
Forza Horizon 2 is so good, so very often, that it could make me forsake the real life going on outside my front door. For that, it deserves the highest praise I can give. I could spend hours telling you about the technical aspects of this game and how the day-to-night lighting shift will fill your heart with a sense of awe and wonder. I could tell you about the way the McClaren P1 makes you feel utterly ridiculous.
But you must experience these things for yourself, and so all I can tell you is this: if you let it, Forza Horizon 2 can ruin your life. And that’s about as big of a compliment I can give.