Nick Diaz is known for his trash talk and insulting statements. He is a fighter who constantly blames everybody else for everything, who likes to provoke, irritate, and challenge his opponents. He has always been in the public eye for all other things but fighting. Even during the fight, he can’t keep his mouth shut. Nick especially likes to taunt and humiliate his opponents at the weigh-in and in the octagon.

Diablo is known as a big fan of marijuana too. Nick Diaz and his brother, Nate, are the most controversial brothers of all time in the UFC.

Nick Diaz is a 3rd-degree black belt in BJJ under Cesar Gracie. His best submissions are armbar (3 victories), and Kimura (2 victories). Nick looks for a chance to submit his opponent on the ground, but he also knows to deliver punches until the referee stops the fight.

Nick also had one professional boxing fight, where he won via unanimous decision. In the octagon, he uses a very unorthodox boxing style – he prefers quick strikes. Despite he is a southpaw, his most effective punches are right hook and right uppercut. He sometimes adds hard punch as a third or even fourth attack of the combo. Nick holds one record – he has attempted 181 strikes in one round.

He is a man with endless cardio who uses his world-class endurance to push the pace of the fight and press the opponent. Diablo emphasizes the importance of conditioning in his training regime.

Nick Diaz had his MMA debut on August 31, 2001, at IFC Warriors Challenge 15, versus Mike Wick, and won via triangle choke in the first round.

He joined UFC with the score of 7-2. Jeremy Jackson defeated him after only 0:49 in the first round when they fought for the first time, which is Nick’s quickest defeat of the career.

Nick Diaz had his UFC debut at UFC 44 on September 26, 2003, in Las Vegas, Nevada, in the third match versus Jeremy Jackson. Diablo won the fight via armbar in the third round. 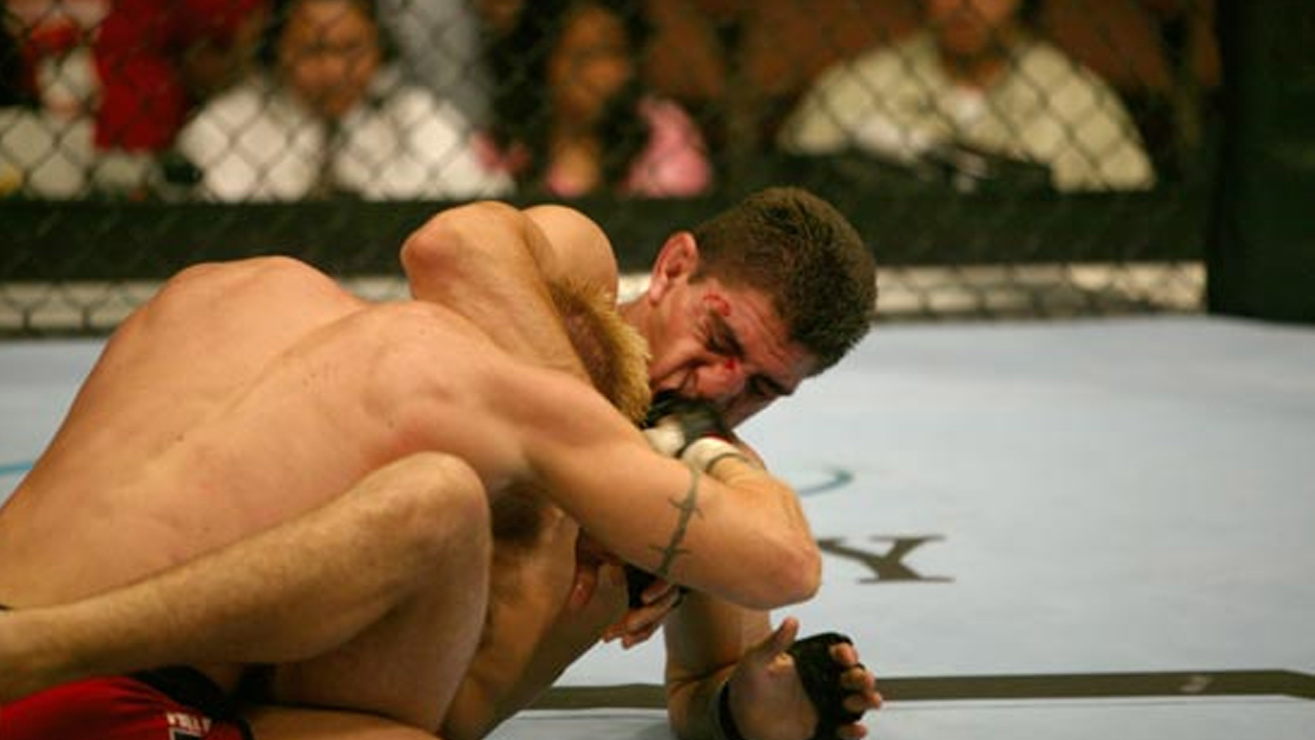 Diablo faced Robbie Lawler at UFC 47 on April 2, 2004. Despite being the underdog, Diaz was very offensive and he was chasing Lawler for the whole first round. Diaz taunted Robbie Lawler in the second round and Robbie swung widely and missed. Nick countered and knocked him out with the tremendous right hook and won the fight.

During the fight, Diaz was whole time challenging Lawler and telling him offensive words. He was also intentionally dropping guard to provoke the attack. The most famous statement from this match, “What, motherfucker?”, will definitively remain his trademark forever.

In the next fight at UFC 49, Diablo won Karo Parisyan on August 21, 2004, via split decision after three rounds.

His next opponent was Drew Fickett at UFC 51 on February 5, 2005. Nick won via first round TKO.

Nick Diaz earned the fastest victory of his career at UFC 53 on June 4, 2005, when he defeated Koji Oishi via KO after only 1:24 in the first round. 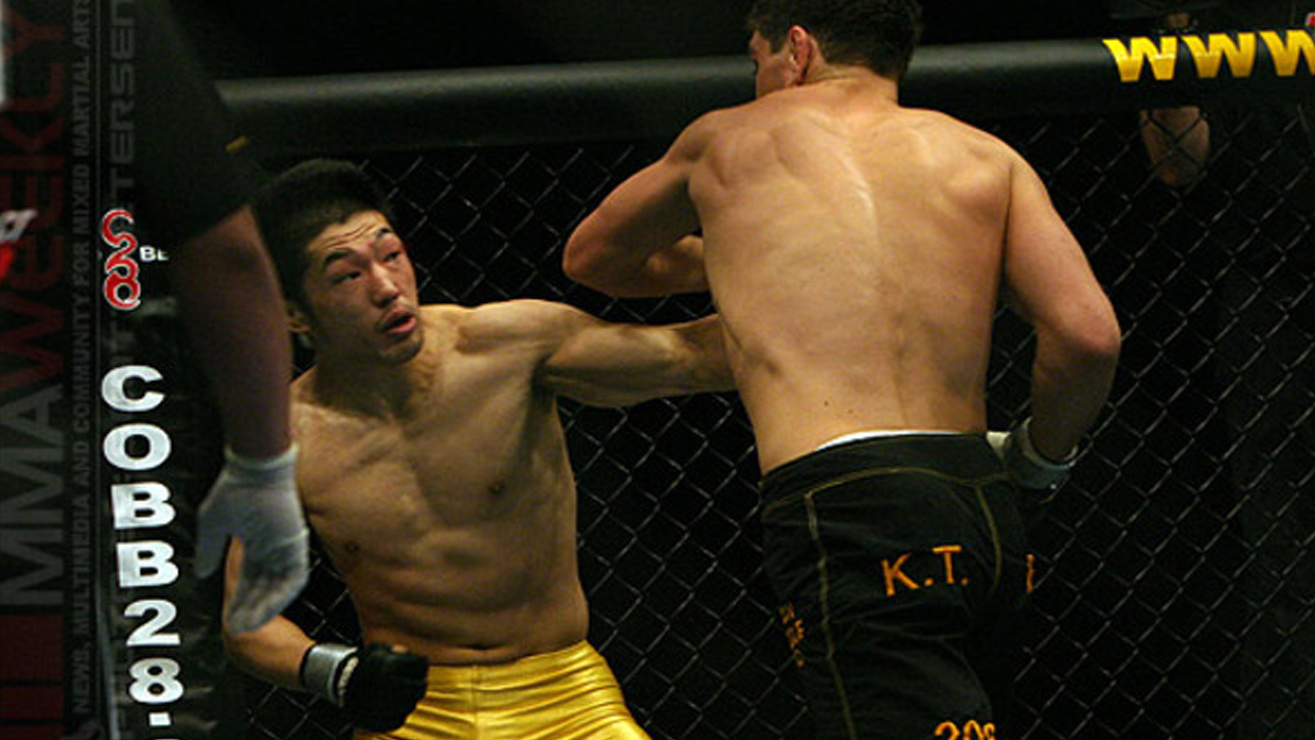 Diablo had his first UFC defeat on Ultimate Fighter 2 Finale on November 5, 2005. He was defeated from Diego Sanchez via unanimous decision.

Joe Riggs also won Diaz at UFC 57 on February 4, 2006, via unanimous decision. However, the two continued their showdown in the hospital.

Nick Diaz is defeated for the third time in a row via unanimous decision at UFC 59 on April 15, 2006, from Sean Sherk. 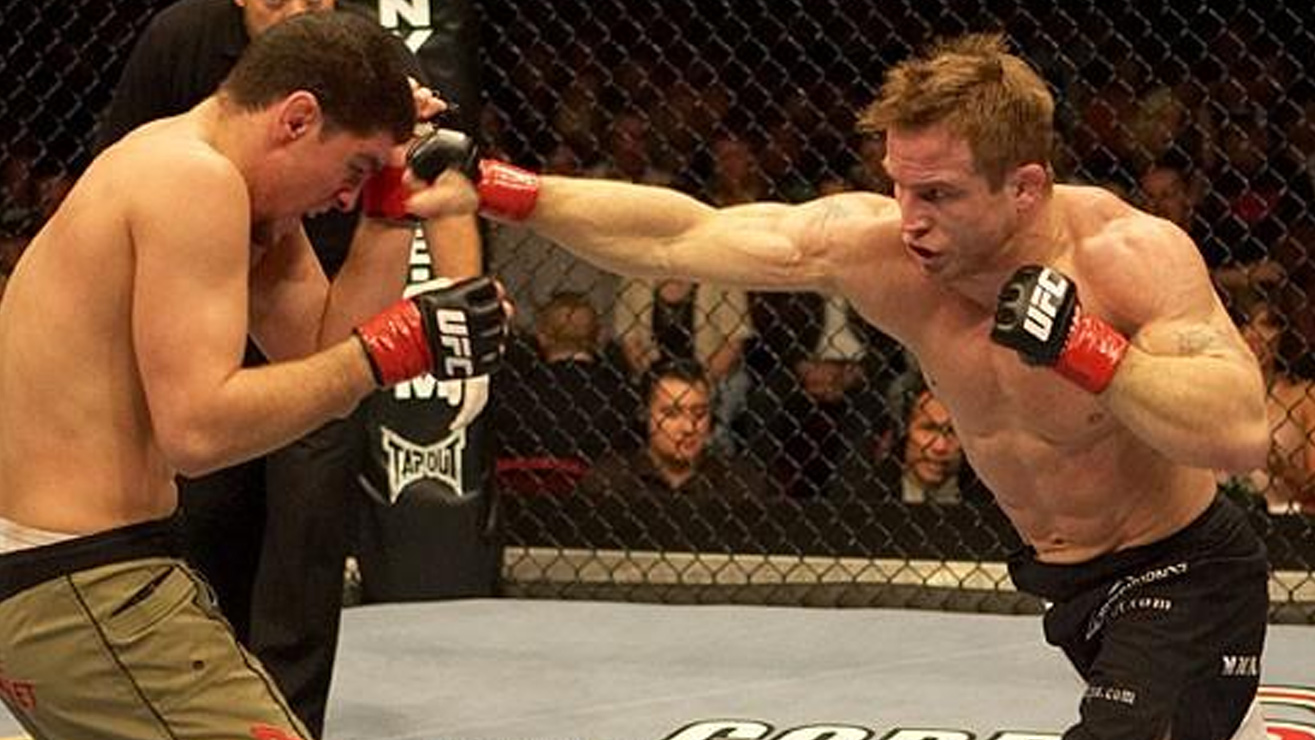 In the next UFC fight, Nick demonstrated his superb submission skills. He won Josh Neer at UFC 62 on August 26, 2006, via spectacular third-round kimura and earned his first Submission Of The Night bonus.

Nick Diaz – Other Promotions And Controversies

Diablo defeated Takanori Gomi at Pride 33 on February 24, 2007, but the fight was overturned to no contest after Diaz was positive on marijuana metabolites. Diaz received 6-months suspension by NSAC and he had to pay $3,000 fine.

Nick Diaz returned at the UFC 137 to face BJ Penn on October 29, 2011, in his first main event of the evening. Diablo won the fight via unanimous decision, and both fighters received Fight Of The Night bonus. 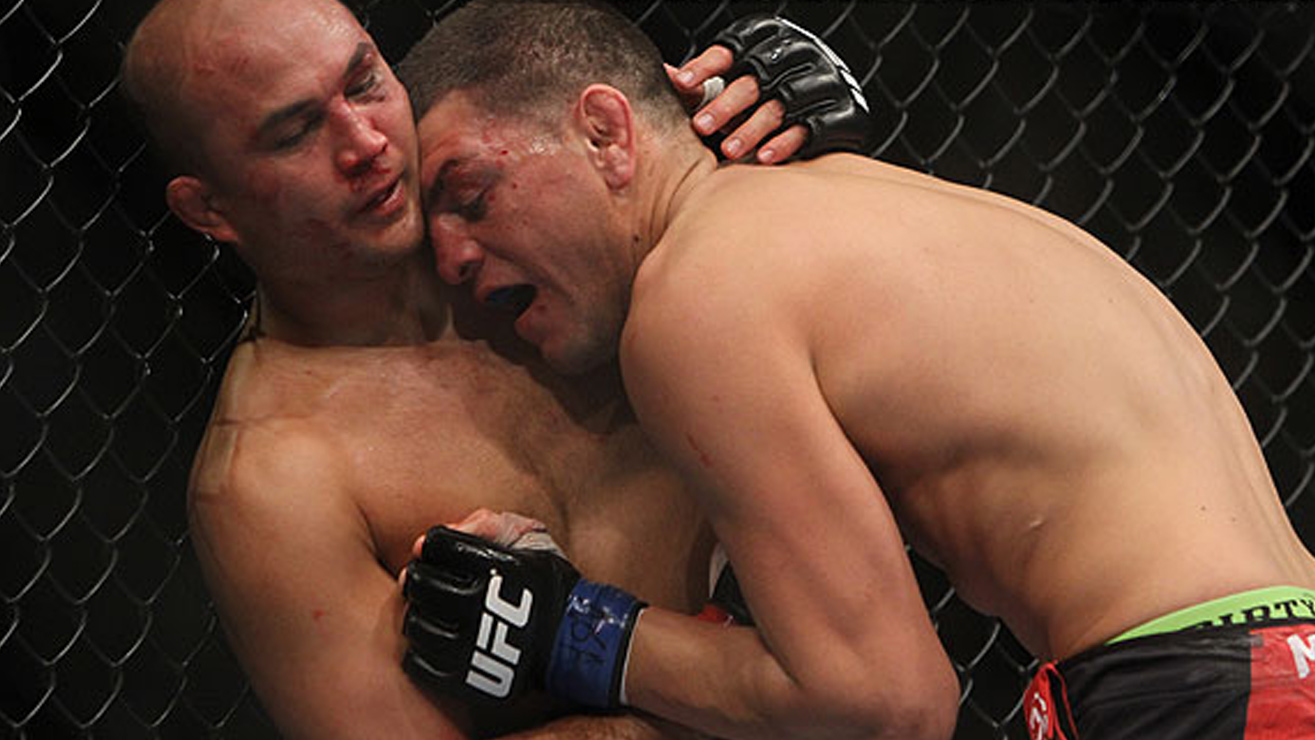 Nick was also disappointed with the result of the fight, and he announced that he will retire from the UFC. After the fight, he was suspended for one year and he is fined with 30% of his fight purse by NSAC. He was positive on marijuana metabolites again! 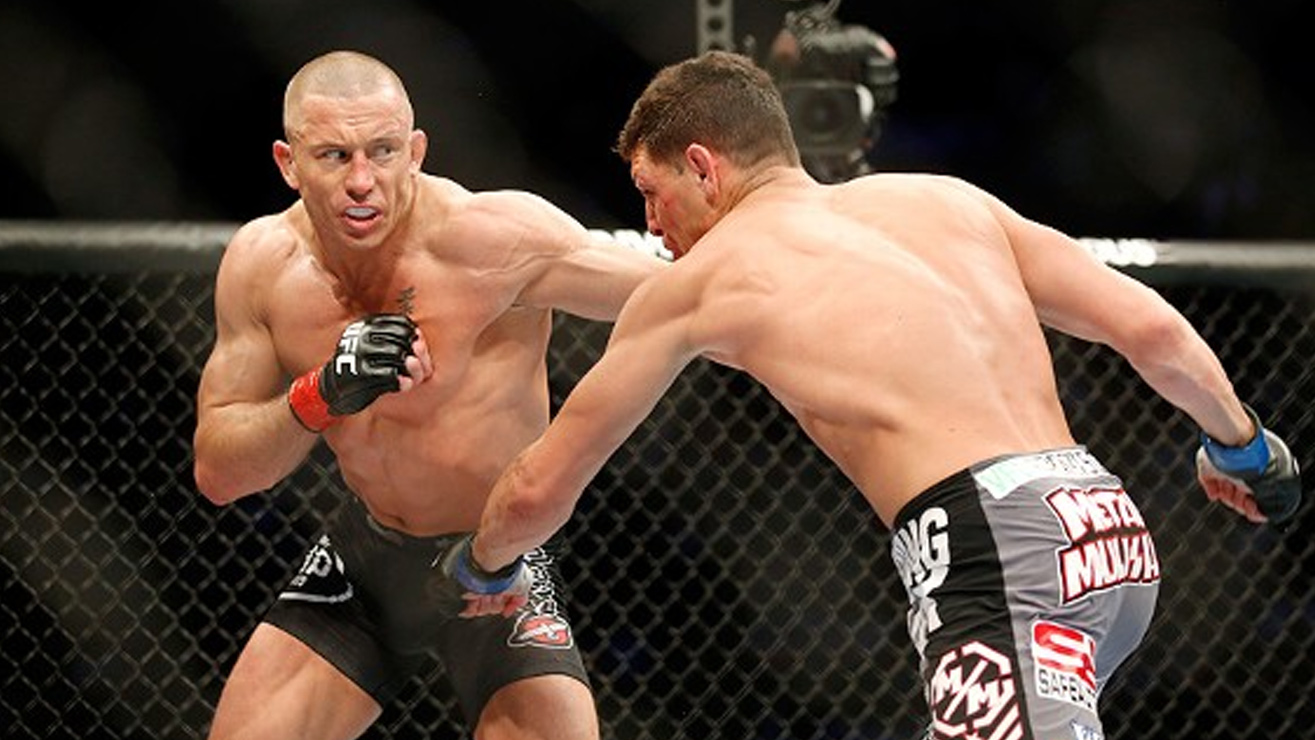 Nick Diaz had his UFC Middleweight debut versus Anderson Silva at UFC 183 on January 31, 2015. Originally, Anderson Silva won the fight via unanimous decision. But both fighters were tested positive for prohibited substances and the fight was overturned to no contest. 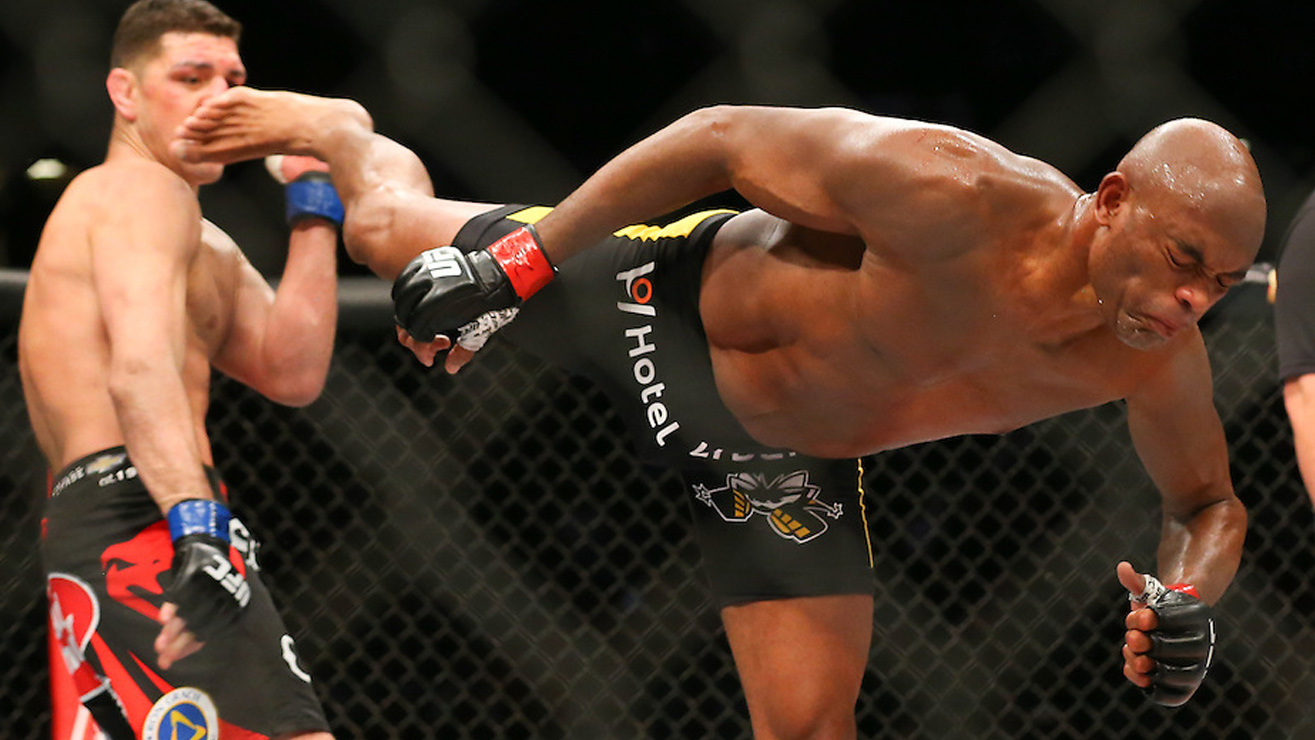 NSAC punished Nick Diaz for the third time on September 14, 2015, this time with a five-year sentence. Diablo appealed, so the sentence was reduced to 18 months and $100,000.

Nick Diaz didn’t fight since 2015, but Dana White stated that he believes Nick is ready for a spectacular comeback. UFC exec Jeff Nowitzky is also optimistic about this topic.

Nick Diaz recently issued a shocking statement, claiming he was poisoned before his 2013 match with Georges St-Pierre. According to Nick, the nurse from St-Pierre’s team gave him “some kind of stuff”.

Nick Diaz and his brother launched a new promotion, WAR MMA. The first event was held on June 22, 2013, in Stockton, California.

The strange video of Nick Diaz’s matrimonial status was posted on the Instagram recently – a wife chloemonster92 was claiming she got married to Nick in Las Vegas. She even showed the wedding ring.

Carlos Condit Down For ‘Intriguing’ Rematch With Nick Diaz

Colby Covington ‘Would Love To Fight’ Nick Diaz And Retire Him