Mauricio Shogun Rua built his reputation as the master of foot stomps and soccer kicks. He had a very high percentage of stoppages while he competed in PRIDE. His strongest UFC stand-up weapons are right high kick, low kicks, right cross, and left hook. Rua constantly presses the opponent and goes forward. He sometimes uses jabs to create an opening.

Shogun is a black praijed in Muay Thai and a black belt in BJJ. In the clinch, Mauricio Shogun Rua knows to land brutal knees to the head and body which mostly rock his rivals. If the opponent tries to move away from the clinch, Rua punishes it with the hook. He has great suplex too.

On the ground, Mauricio Shogun Rua delivers all kinds of punches on the downed opponent. His strongest submissions are guillotine choke and kneebar. Rua is very dangerous from the bottom – he can perform a reversal and get into a dominant position in the split of a second.

Mauricio Shogun Rua earned the score of 4-1 before joining PRIDE. In the first fight of his career, he defeated Rafael Freitas at Meca World Vale Tudo 7 on November 8, 2002, via KO in the first round. He earned the fastest victory of his career versus Angelo de Oliveira, whom he defeated after only 55 seconds!

The two fought at the quarter-final of PRIDE Critical Countdown 2005 on June 26, 2005. In a very interesting match, Rua barely won via close unanimous decision.

Shogun joined UFC with a fantastic score of 16-2.

Mauricio Shogun Rua had his UFC debut versus Forrest Griffin at UFC 76 on September 22, 2007. He had a hard time adjusting to the differences between PRIDE and UFC rules and lost the fight via rear-naked choke in the dying seconds of the third round.

Rua hurt his knee ligaments during one of the training sessions and had to undergo surgery and withdraw from UFC 85.

Mauricio Rua faced Mark Coleman at UFC 93 on January 17, 2009, and won the fight via TKO, earning his first Fight Of The Night bonus.

Mauricio Shogun Rua was successful again at UFC 97 on April 18, 2009, where he defeated Chuck Liddell via KO earning his first Knockout Of The Night bonus.

The two fought at the main event of UFC 104 on October 24, 2009, for the UFC Light Heavyweight Championship. The fight was very close and fighters were trading shots during all five rounds. All three judges scored the fight 48-47 for Lyoto Machida, who won via controversial unanimous decision. Many journalists and even Dana White himself scored the bout in the favor of Shogun, so an immediate rematch was scheduled.

In the rematch at the main event of UFC 113 at May 8, 2010, Shogun literally ran Lyoto Machida over. He dropped him with a strong right and landed few ground strikes on the ground in the first round, winning the fight via KO. He won the title, became the second fighter to win PRIDE and UFC title, and earned his second Knockout Of The Night award.

After the fight, Shogun has undergone knee surgery again.

Rua should initially fight Rashad Evans for the title but Evans hurt his knee and had to withdraw. Rampage Jackson was also offered a title fight but he declined since getting the desired weight in six weeks was mission impossible for him. 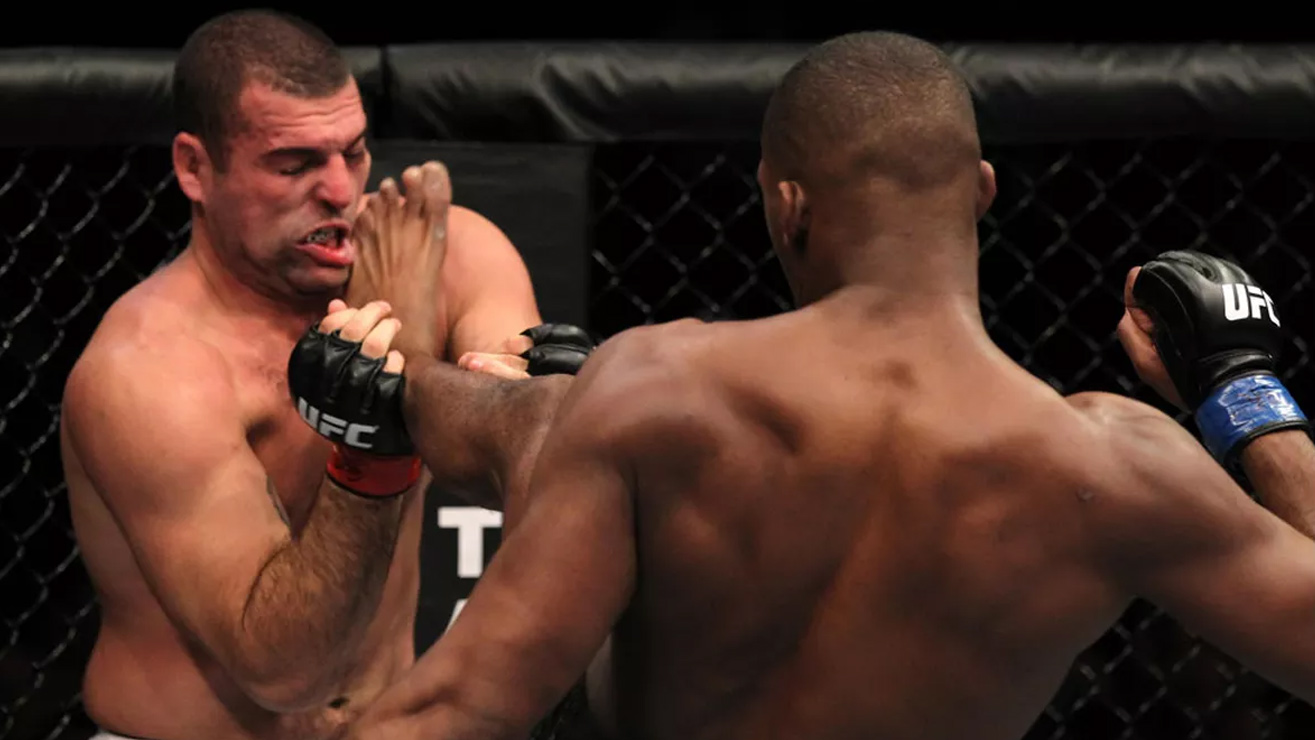 Jon Jones surprised Mauricio Shogun Rua with unorthodox striking and excellent ground and pound at the main event of UFC 128 on March 19, 2011. Jones delivered a flying knee to the head at the beginning of the match that rocked Rua, who confessed later that it changed the outcome of the fight. Jones pressed Shogun against the cage in the third round and defeated him via TKO after a strong left uppercut to the body.

Shogun revenged to Forrest Griffin on August 27, 2011, at UFC 134, winning the fight via first-round KO.

Dan Henderson defeated Mauricio Shogun Rua via unanimous decision on November 19, 2011, at the main event of UFC 139. Henderson dropped Shogun in the third round but Rua miraculously recovered and won the last two rounds, earning his second Fight Of The Night award. The fight was later pronounced for the Fight Of The Year.

Shogun defeated Brandon Vera at the main event of UFC On Fox 4 on August 4, 2012, via TKO in the fourth round. 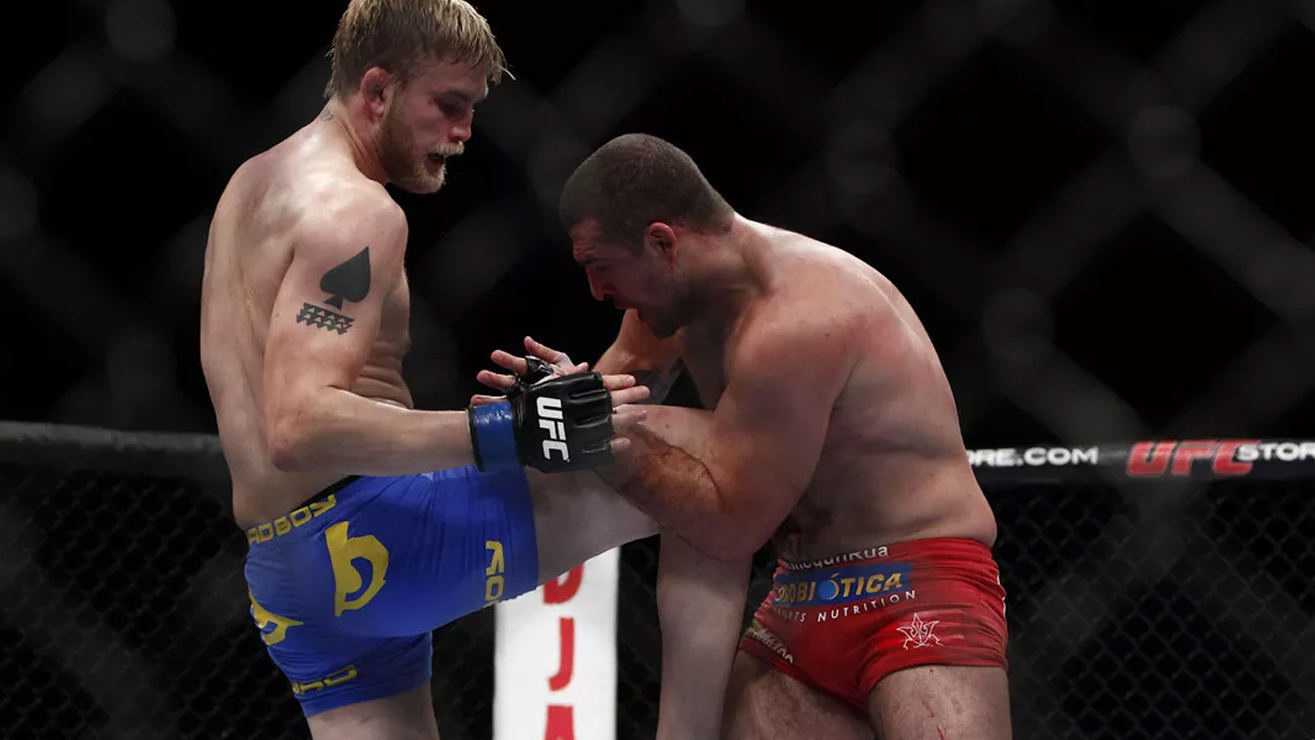 His next opponent was Chael Sonnen at the main event of UFC Fight Night 26 on August 17, 2013. Sonnen won via guillotine choke in the first round.

Rua knocked James Te-Huna on December 7, 2013, at UFC Fight Night 33, in a spectacular way, via left hook counter after only 1:03 in the first round, earning his third Knockout Of The Night award. This was his fastest UFC knockout.

In the rematch versus Dan Henderson at the main event of UFC Fight Night 38 on March 23, 2014, Shogun scored a knockdown in the first and second round and was leading on scorecards, but Hendo won via TKO in the third. Rua won his third Fight Of The Night bonus despite the loss.

Rua’s nose was broken during the match with Dan Henderson, so he had to undergo surgery.

Mauricio Shogun Rua was defeated to Ovince St. Preux at the main event of UFC Fight Night 56 on November 8, 2014. St. Preux knocked him out after only 34 seconds, which is Shogun’s quickest loss ever.

The two should initially fight at UFC 161, but Antonio Rogerio Nogueira pulled back citing back injury few days before the fight.

They fought for the second time at UFC 190, on August 1, 2015. The match looked like a reprise of the PRIDE fight ten years ago. Shogun won via unanimous decision, receiving his fourth Fight Of The Night bonus.

Mauricio Shogun Rua defeated Corey Anderson at UFC 198 on May 14, 2016, via split decision.

Shogun then earned a spectacular victory over Gian Villante on March 11, 2017, at UFC Fight Night 106, via stunning third-round TKO.

Mauricio Shogun Rua was scheduled to face Volkan Oezdemir at UFC Fight Night 129 but Oezdemir was pulled out of the event due to his visa issues. However, the UFC officials pulled Oezdemir out of the match again for the fight versus Alexander Gustafsson at UFC 227.

Anthony Smith will be Rua’s opponent at the main event of UFC Fight Night 134 on July 22, 2018. If Shogun wins, he has the best chances to face Daniel Cormier in UFC Light Heavyweight title defense.

Shogun and Wanderlei Silva are long-time sparring partners. Rua has stated that he would never fight Wanderlei Silva or his brother Murilo due to their personal relations.

Mauricio Shogun Rua is married to Renata Ribeiro, and they have one child, Maria Eduarda, born in 2010. His brother Murilo “Ninja” Rua is a retired mixed martial artist.

Rumor: UFC wants to strip Colby Covington of belt, (interim) champ responds with something about nerds

Antonio Rogerio Nogueira: Trilogy With Shogun Will Be ‘The Last Fight Of My Career’

Shogun Rua Reacts To His Knockout Loss At UFC Hamburg