Eddie Alvarez is a master of punching. No matter where his opponent is, he is trying to punch him out at all costs. His most tremendous punches are a right uppercut, right overhand, and right hook. Eddie Alvarez is a lightning fast puncher with tremendous counters and lightning-fast, unpredictable combos. Eddie likes to deliver five or more punches in a row.

Even when you are on the fence, The Underground King prefers holding the back of your head with his left hand and landing uppercuts and hooks with his right hand. Sometimes he uses knee in the clinch. You will very rarely see him using a right low kick or a right high kick.

His submission game is good since he is a brown belt in BJJ but he prefers punching his opponents on the ground. His strongest weapons in the ground and pound game are hooks. Eddie is a master of rear-naked choke. He also knows to control the mount and the opponent’s back on the ground in a stunning way. The Underground King is also known for excellent calisthenics.

Eddie Alvarez had his MMA debut at Ring Of Combat 5 on December 14, 2003, versus Anthony Ladona. The Underground King won the fight via a tremendous punch in the first round. He submitted Chris Schlesinger via punches after only 1:00 in the first round, which is his fastest victory.

Eddie Alvarez was a Bellator MMA superstar since 2009 to 2013. He had the score of 9-1 in Bellator MMA, and he won the title three times. The Underground King won some notable names like Shinya Aoki, Roger Huerta, Michael Chandler, Patrick Freire… He joined UFC with the score of 25-3.

Eddie Alvarez had his UFC debut at UFC 178 versus Donald Cerrone on September 27, 2014, in Las Vegas, Nevada. The two fought in the co-main event of the evening. Cerrone survived a real flurry of Eddie’s clinch strikes in the first round but he controlled the rest of the fight with tremendous low kicks. Cerrone won the fight via unanimous decision. 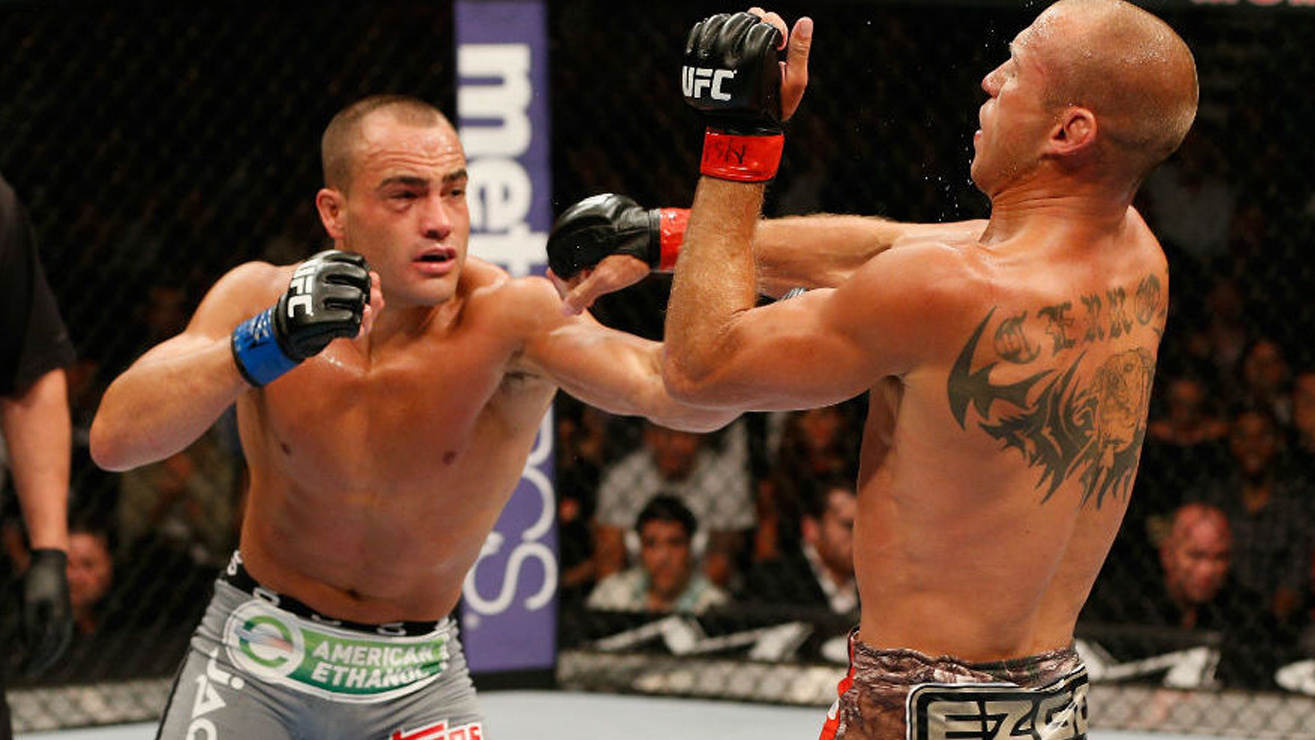 Eddie Alvarez fought again the co-main event of the evening versus Gilbert Melendez at UFC 188, on June 13, 2015. The Underground King won via split decision, and Gilbert Melendez was positive on exogenous origins of testosterone after the fight.

In his third co-main event, The Underground King fought Anthony “Showtime” Pettis at UFC Fight Night 81. Despite Alvarez was a big underdog, he was controlling the fight and reducing Pettis’ distance with excellent footwork and punch combos. Eddie Alvarez won one more time via split decision.

Eddie Alvarez faced Rafael dos Anjos on July 7, 2015, in Las Vegas, Nevada, in the main event of the evening. As soon as the fight opened, The Underground King showed he has not come here to defend. He rocked dos Anjos with a tremendous right hook in the third minute of the first round. 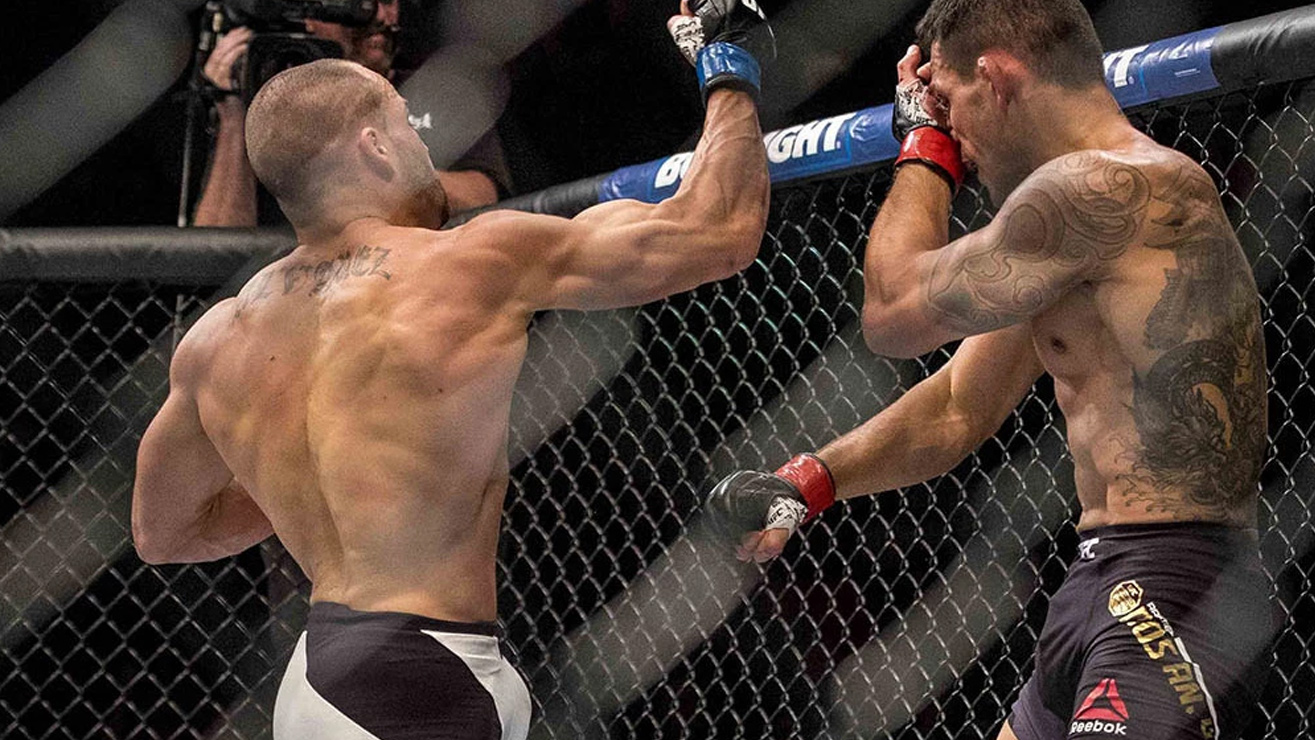 With dos Anjos still rocked, Alvarez continued landing hook after hook and hit him with one strong left, sending him to the fence. Rafael dos Anjos dropped his guard and tried to clinch up, but Alvarez replied with a barrage of hooks off the clinch. Dos Anjos was receiving punch after punch on the fence and Herb Dean stopped the fight. Eddie Alvarez won via first-round TKO and earned Performance Of The Night award.

Eddie Alvarez faced Conor McGregor on July 12, 2016, in New York City, New York, in the main event of the evening. Conor McGregor surprised Alvarez with great boxing skills. He rocked The Underground King in the second round via strong left punch. When Eddie Alvarez tried to duck to the left, McGregor delivered a right uppercut to the chin and ended the fight with a barrage of punches on the ground. Conor McGregor won via TKO.

Eddie Alvarez was knocked down three times in a title shot, and he shares the first place with five fighters according to this parameter. 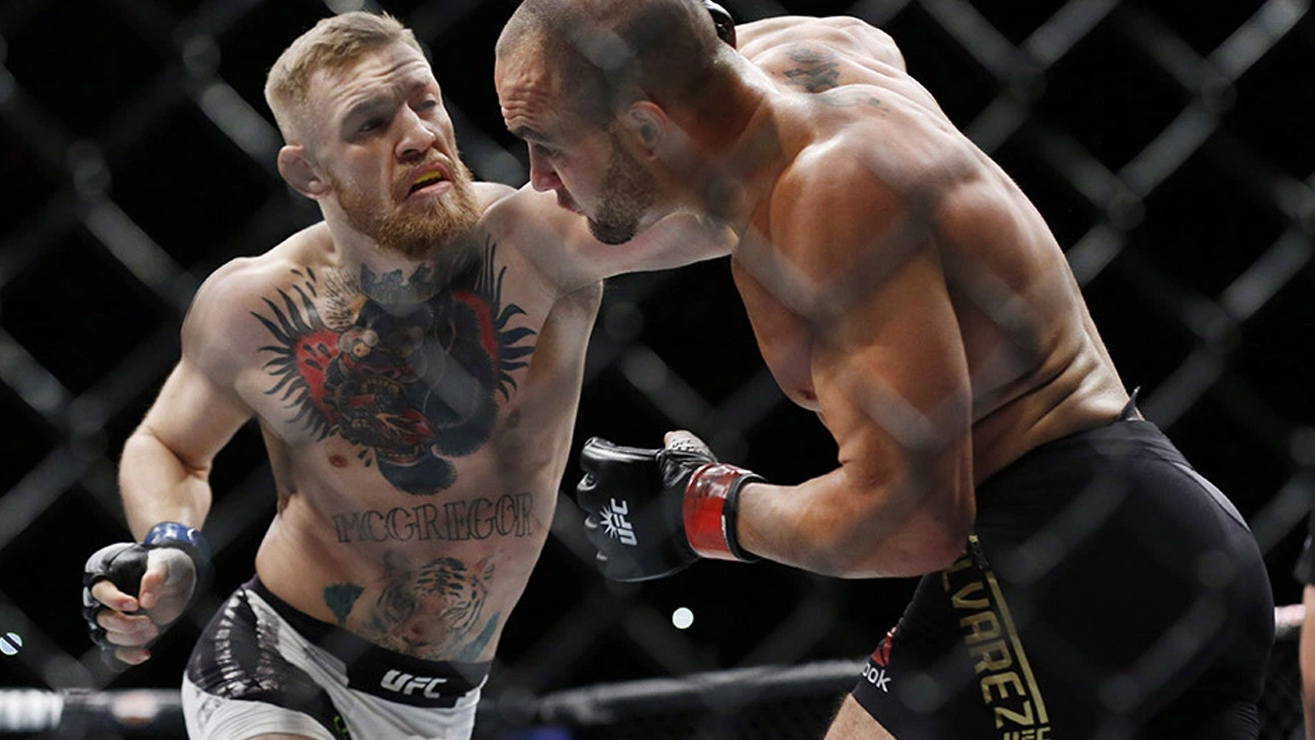 Eddie Alvarez fought Dustin Poirier at UFC 211 on May 13, 2017. While Dustin Poirier was on the fence, on his knees, Eddie Alvarez delivered two left knees to his head. The referee stopped the fight, and the fight was declared as no contest since Herb Dean believed Alvarez didn’t know Poirier is a grounded opponent.

Eddie Alvarez fought Justin Gaethje at UFC 218 on December 2, 2017. The fight was very attractive to watch. Gaethje stood up in a very attractive way rolling backward after Alvarez sent him to the ground, and Alvarez hit him with a right front kick to the face immediately after that. Alvarez was attempting some attractive techniques during the fight. In the third round, both fighters clinched up and Alvarez delivered a right knee to Gaethje’s head. The Underground King won the fight via KO. Both fighters received Fight Of The Night bonus. 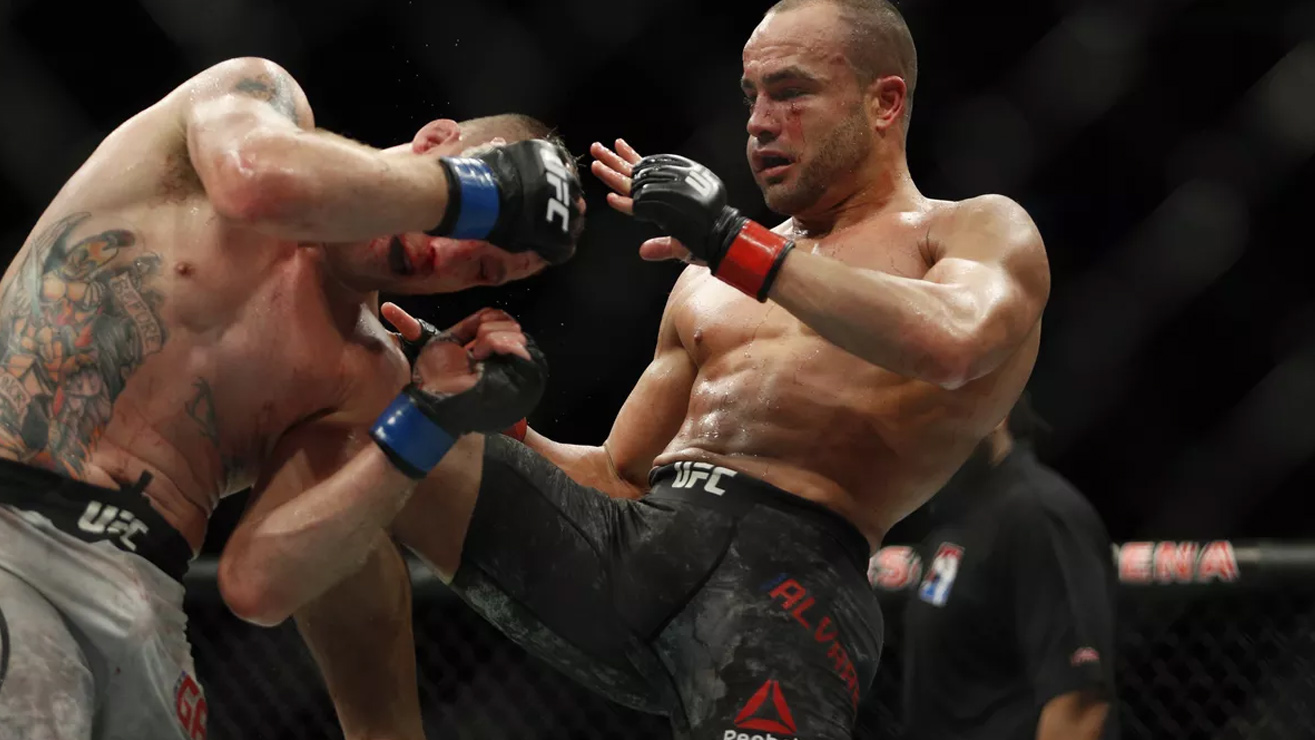 Eddie Alvarez is married to Jamie Alvarez, and they have three sons and a daughter.

The Rizin lightweight Grand Prix we need is right here, check out the 16-man bracket
Read Next Post →
Click here to cancel reply.