Did John McAfee kill a man for poisoning his dogs?

I’m sure you American folk have similar shows, but here in the UK, I was watching a show called Rude Tube the other week. This is basically all the best bits of YouTube condensed into an hour-long show which airs about 3 months after almost everyone has seen the videos online. But we watch it anyway. I’m glad I did, because I was introduced to John McAfee.

McAfee is the man behind the antivirus software of the same name and has been portrayed by both the media and by himself as a crazy, crazy man with borderline psychotic tendencies who fell in love with a 16-year-old ex-prostitute who tried to shoot him in the head, and was accused of making methamphetamine in Belize. Oh, and he’s also being sued for the death of a man he suspects poisoned his dogs. The dead man’s daughter claims that McAfee killed, or ordered the killing of her father. This honestly sounds like a bad movie, but I promise you this is all true.

Gregory Faull was found face up with a bullet in his head around this time last year and shortly after his body was found by his housekeeper, McAfee fled the country and eventually illegally entered Guatemala because he claimed the Belize officials would use the murder to keep him in jail. Not because of his guilt (he’s claiming innocence), but because he has in the past been very critical of the Belize government, publicly calling them corrupt.

He claims this lawsuit is perfectly timed as he has recently announced that he is starting a new company which will aim to counteract the NSA’s online snooping without venture capital backing, which means he must have a decent chunk of personal money. So now I’m really glad I watched a terrible late-night tv show and I’m really interested to see where this goes. Who’d have thought a tech entrepreneur would provide the entire backstory for the next Grand Theft Auto? 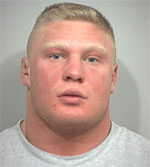 The Best of This Generation: Multiplatform Releases
← Read Last Post

Mirko Cro Cop says he lost all respect for the Emelianenko brothers
Read Next Post →
Click here to cancel reply.