Climb with us. The top ten ladder match moments in WrestleMania history ranked 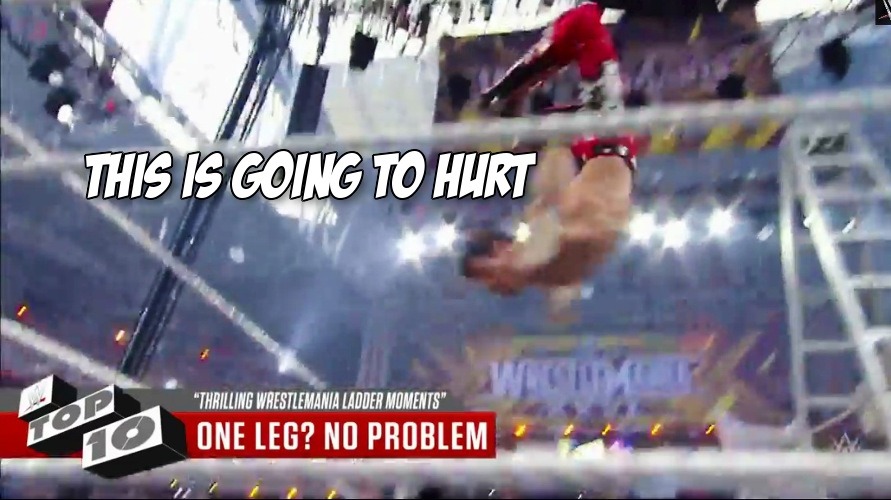 When you watch a wrestler climb twelve feet of steel at “the showcase of the immortals” you know something special is about to happen. Throughout the over 30 year history of WWF/WWE’s WrestleMania event the ladder match booked for the night is always the odds on favorite to steal the show. The first ladder match at a WrestleMania occurred at WM X and featured future Hall of Famers, Shawn Michaels and Razor Ramon go head to head for a pair Intercontinental belts.

Tag team title matches and Money in the Bank ladder matches became a staple during the Super Bowl of pro wrestling for about a decade long run. After over a five year absence, the ladder match will return to the grandest stage in pro wrestling with a six man Intercontinental ladder match at WrestleMania XXXI. Before Daniel Bryan, Dean Ambrose, Dolph Ziggler, and others lay it all on the line in the name of a single WrestleMania moment, let’s look back at what WWE calls their ten best ladder matches spots throughout WrestleMania’s history.