A night at Deltron 3030 in Hollywood with MiddleEasy 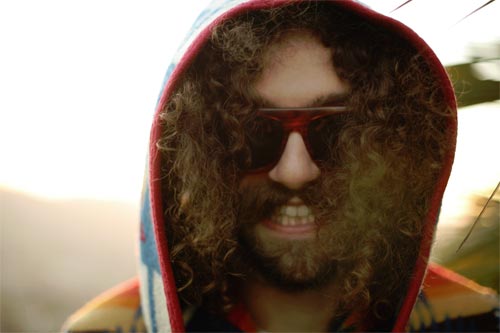 On May 23, in the year 2000 Deltron 3030 was released. A collaborative hip hop effort by Dan the Automator, Del tha Funkee Homosapien and Kid Koala. At the time of it’s release I was completely unaware that it existed. I was busy listening to old Black Flag songs and pretending that getting drunk and having a mohawk made me a truly unique individual. It wasn’t until 2006 that I discovered this gem of an album. I had begun to really dig into Kool Keith’s discography and somewhere in the process I stumbled upon Deltron 3030 and my perception of what hip hop could be broadened exponentially. While Kool Keith had shown that you could work outside of the confines of conventional flows, Deltron showed that storytelling hip hop could work outside of the confines of the traditional hip hop culture. To me, this was huge.

So when Jason Nawara hit me up to see if I wanted to see Deltron 3030 play with a live orchestra backing them there was no way I could say no. I had about $60 in my bank account, and the ticket was $41, but this was too rare of an opportunity to pass up. I was going to be eating peanut butter and jelly sandwiches for a week and I didn’t care.

When we arrived at the Henry Fonda Theater in Hollywood, CA I prepared for the show by taking my medication. You see, I have a medical condition that can only be treated by constantly using cannabis. I knew this was going to be a pretty long show, so I ate about four times the recommended dosage, just to be safe. As we walked up to the line for the show Zeus approached us and handed me a bag of medicated pretzels saying “handle these.” So I ate a couple handfuls of pretzels. I figured this would only help insure I stay medicated throughout the show, which could only be a good thing.

Carrot Top Jesus’s set started off pretty much like you’d expect any DJ set to start off. He played some old school hip hop tunes and threw in some crazy scratches and effects to make it his own, and it was cool, but I wasn’t that into it. Though, as the set went on, I found myself becoming more and more engrossed with what he was playing. It could have been the medication starting to kick in, but I feel like it was more than that. At one point he started to mix in some Zelda SNES samples with Crass’s Banned from the Roxy and it was almost as if he had made this set just for me. In this moment, I felt like the Triforce tattoo on my leg had begun to glow and I realized I may have ingested much more medication than I should have.

Next up was Kid Koala doing a solo set before the rest of Deltron 3030 played and it was amazing. It started off with an ode to Louis Armstrong that would have made my ears ejaculate if they were penises. It’s hard to describe what I was hearing, but he basically scratched together his own horn solos and turned some classic music into something all new and totally his own. Here, just watch this clip. The rest of Kid Koala’s set was equally impressive. I had seen Q-Bert perform live before so I had an idea of what an extremely talented DJ was capable of, but Koala did it with a soulfulness I hadn’t witnessed live before. After each song or amazing feat of DJing he would take a step back and smile, letting us all revel in his glory. 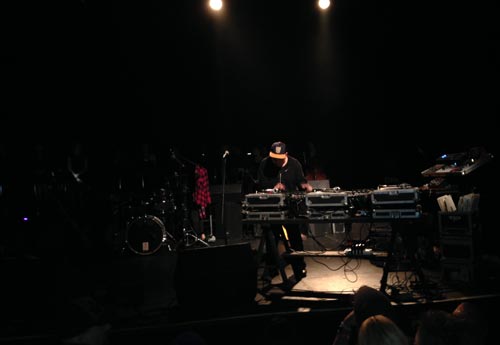 By the time Kid Koala started playing a tune he had put together for Yo Gabba Gabba I realized that I was uncomfortably high, but for some reason, I was really comfortable with it. Maybe it was because the children’s music that was playing soothed me on a subconscious level, or maybe it was the fact that the whole audience was stretching out and dancing according to the songs instructions, basically turning into a sea of children, if only for a moment. Whatever it was, it was short lived, as I soon started to think that this whole experience could be turning very bad. I looked around and the group of people I was with had disappeared. I was all alone.

I looked around the room and spotted some friends that I didn’t know were attending the show and I went up to say hello. We watch a bit of the set and then they ask me if I’m by myself. At the time, I don’t know what they said so I just nod and respond “yeah, for sure”, unaware how true that statement really is. I am alone. All alone. And I’m much higher than I should be.

Finally I receive a text from Jason telling me he upstairs on the outdoor patio area. The set is basically done, and I need some fresh air, so I head upstairs to regroup before the show really gets going.

When the cool Los Angeles air hits my face I feel renewed. I’m still way too high to be anywhere but on a couch playing Grand Theft Auto, but I feel a lot better about it. I look around and see Jason so I go to talk to him but my friends Justin and Jay ask me a question so I turn to respond. By the time I look back to where Jason was he is gone and I decide to go look for him before the Deltron set begins.

I wander around the patio for a minute, and don’t see Jason, but Deltron is starting so I give up and make my way back onto the general floor area in front of the stage to try and get a decent spot. Then it starts. Dan the Automator comes out in a suit, ready to lead an orchestra with Kid Koala on turntables, Jason Lader of The Mars Volta on bass and Del tha Funkee Homosapien spitting that futuristic flow that Deltron is known for. I’m immediately blown away by their performance. The way the orchestra plays along with the familiar Deltron beats is perfect. Even the songs off of the new album, which I wasn’t into, sound amazing. 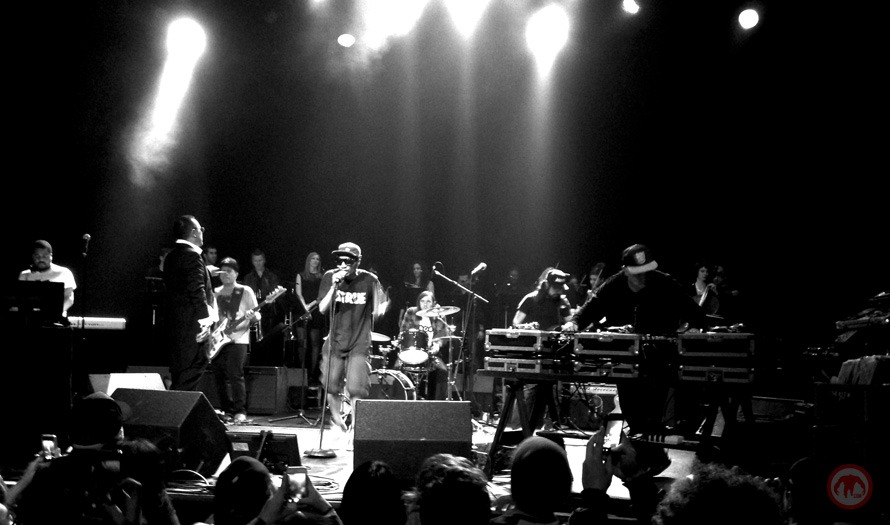 For a moment, I come out of my trance-like state to survey my surroundings. I’ve felt as if I was in the middle of the crowd the whole time, but when I look around I realize I’m at the very back of the room. I check my phone and see a text from Jason saying “I’m in the middle,” I look around the middle of the crowd but am unable to spot Jason, though I do see Zeus in the very front of the crowd, sporting Cyclops shades and basically having a ridiculously good time. Dan the Automator tells the crowd “All is well with the cosmos” and though I’m all by myself, heavily medicated and unable to do anything about it, I agree. All is well with the cosmos, for at least a couple minutes.

The performance ends with the Gorillaz song Clint Eastwood and the whole audience sings along. I’m no Gorillaz fan, but as the orchestra closes out the performance with ridiculous style I’m hard pressed to believe that the end to this set was anything but perfect.

I feel as though I’ve just witnessed a historical performance and I am quite elated. This is a night I won’t soon forget, despite my best efforts to cloud my memories with medicated chocolates and pretzels.