If you didn’t read Calvin and Hobbes as a child then you probably suffer from a multitude of psychological disorders ranging from depression to schizophrenia. Growing up without the influence of Spaceman Spiff can be a detriment to the development of one’s cognitive abilities. It’s not proven, but we here at MiddleEasy like to believe

With Marvel Studios ramping up for Comic-Con by unveiling new posters for both “Thor: The Dark World” and “Captain America: The Winter Soldier,” I’m finding it hard to not to focus on what both films eventually lead to —“The Avengers 2.” Apparently fans aren’t the only one’s salivating for the upcoming super movie, because with

‘Unforgiven’ is being remade into a samurai film starring Ken Watanbe, here’s the trailer

The pairing of the words “Japanese” and “remake” is nothing all that new. For years we’ve been lifting plot points, settings and entire scripts from Japan, and rebranding them as American. We remade Infernal Affairs into The Departed. We took The Seven Samurai and made it The Magnificent Seven. We turned Battle Royale into the 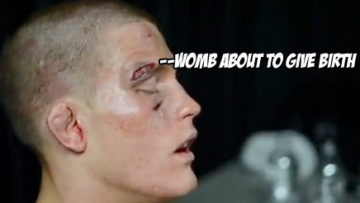 Paul Heyman cracked open CM Punk’s skull, and it looks like a womb about to give birth

Paul Heyman was a man I loved as a child, watching wrestling growing up. He just had such a commanding presence. Even if he wasn’t the center of attention, he demanded your eyeballs be glued to the TV screen. So when he returned to the WWE, I couldn’t have been happier. When he united with

Every time I see prank videos I always wonder about the victims that didn’t give their consent to be shown on film. While the reactions we see are spectacular, the guys that refuse to sign the paper of consent are the ones that you truly want to see. Let’s face it, if you soiled your

The lineup for the World Heavyweight Championship Money in the Bank match was, well, a bit lackluster, to say the least. It involves some solid wrestlers and all, but it really felt like a minor league ordeal compared to the WWE Championship one, which goes down later tonight. There weren’t that many guys who are 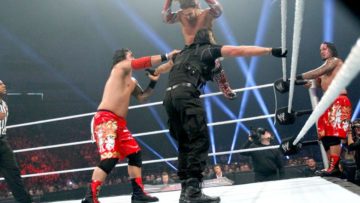 The MiddleEasy WWE Money in the Bank Primer

WWE’s yearly PPV event that is built around a former Wrestlemania match that was used to pit guys with no interesting feuds against each other is this weekend. Crazy, right? If you are like me you still follow wrestling but your DVR gets jammed up once in a while with a few weeks of WWE

Rumor Alert: A new Predator movie is going to get announced at Comic-Con

Let’s just get this out of the way. Yes, the last few Predator movies have been pretty lame. Robert Rodriguez’s Predators seemed like it had a chance of being on par with with Predator and Predator 2, but after months building many movie fans expectations, it fell incredibly short. It’s likely that nothing will ever

Alright so Man of Steel did pretty well at the box office. So well in fact that they decided to rush production on a sequel for it. If you’ve been keeping up then you’ve no doubt heard that the idea trajectory of the films is for there to be Man of Steel, then another Superman

The end to Breaking Bad is near, watch the newly-released teasers here

August is almost here and that means one thing. No, not Jose Aldo fighting again. No, not four solid UFC events with stacked cards. It means Breaking Bad. That’s right, we are only a few short weeks away from witnessing the finale to one of the greatest stories that has ever been told on Sunday 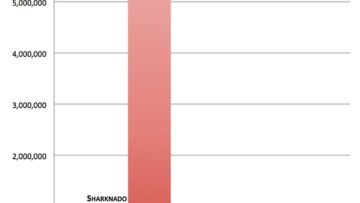 So it turns out that Sharknado was a giant flop

Man, what can I say about Sharknado that hasn’t already been said about the Thomas Jayne version of The Punisher? It had a lot of hype, there was some internet buzz going strong behind it, but as far as ratings go it was a total dud, but that doesn’t keep it from being a guilty

See, This is What You Do When a Bear Attacks You, Okay?

The irony of the virality of this video is not lost upon me, as it emanates from my home state of Rhode Island, which I have not visited in a number of years now thanks to the cost of plane tickets and how I don’t want to pay money to stay in a RI hotel 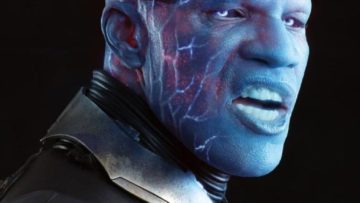 In comparison, here is the old-school Electro that you may be familiar with. Gone is the silly green costume and equally bizarre yellow spikes coming from his head. Now we have this new Electro played by Jamie Foxx in the upcoming The Amazing Spider-Man 2 that looks surprisingly like Dr. Manhattan from The Watchmen. Nevertheless,

Watch as These Guys Make Mallgoers Believe Some Guy Killed Himself

Back maybe eight years ago or so, I bonded with a girl over strange things that we both liked, but what really sealed the deal (seal deal!?) was driving this girl from Connecticut to Rhode Island to my palatial estate (read: parent’s house) and discussing how great the scene from The Good Son where Macaulay

You Should Probably Watch This Sharknado Trailer Right Now

I’ve never had to experience a tornado, but I came close once. I was moving across the country with my family as a teen and we ended up driving through Kansas in the middle of a terrible storm. Our truck swayed back and forth and eventually we were forced to pull over to wait it

President Barack Obama wears many hats. Leader of the free world and commander and chief are the big one’s that come to mind. While those are important, he also sports a head accessory of the nerd/geek variety occasionally, and fear not my fellow Americans—he does put it on every now and then. According to USA