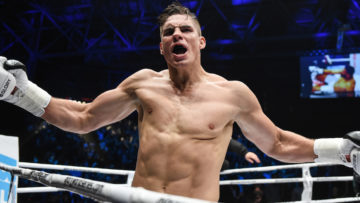 Although there was plenty of MMA on display for fight fans this weekend with the UFC, Invicta, Bellator and ONE Championship all staging events, the biggest brawl of all was inside a kickboxing ring. One of the greatest kickboxers of all time kept things rolling earlier tonight (Sat., Dec. 9, 2017) at GLORY 49: Redemption 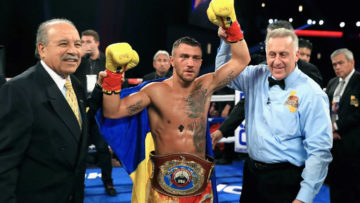 Since the dawn of the new millennium, there have been plenty of so-called Fights of the Century, but unfortunately, when such a showdown actually materializes, it’s largely ignored by fans and the media alike. Not us, though: we love a bloody good brawl, especially when it features technically gifted boxers Vasyl Lomachenko and Guillermo Rigondeaux. 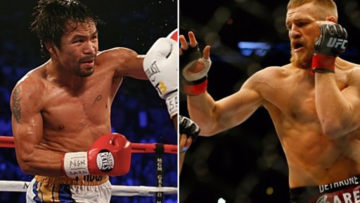 BREAKING: Conor Mcgregor In Negotiation For Another Massive Boxing Match For April 2018

An April fight between Manny Pacquiao and McGregor would seem like a long shot — although the same was said about McGregor’s fight against pugilist Floyd Mayweather. Back last month when Manny Pacquiao sparkled at a possible fight with McGregor, we all just took it with a grain of salt just like Paulie Malignaggi’s constant 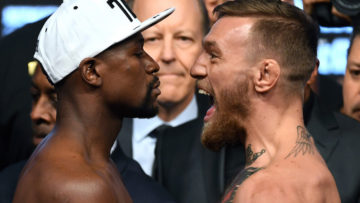 UFC lightweight champ Conor McGregor surprised many pundits in his professional boxing debut against all-time great pugilist Floyd Mayweather Jr. in the mega-money bout this past August. Mayweather stopped Conor McGregor with a barrage of punches in the 10th round of their blockbuster match. After the showdown concluded the pair were the best of mates,

WATCH: Floyd Mayweather Comes Out With Claims That He Carried McGregor Through Their Fight Only For Fans

Pound for pound great Floyd Mayweather Defeats Conor McGregor by 10th–Round TKO on August 26. Undefeated Mayweather stacked his professional career with 50–0 with that win. A lot of people were pretty dazzled with Conor McGregor venturing first time in boxing after he managed to make it all the way to the 10th round in 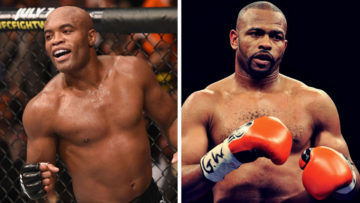 Anderson Silva To Roy Jones Jr. Boxing Offer This Is Everything I’ve Wanted For Years

Long before UFC lightweight champ Conor Mcgregor take on Legendary Floyd Mayweather for their boxing match, Anderson Silva strived to do the same with Roy Jones Jr., but unfortunately, it never came to fulfillment. However, with a recent failed drug test, Anderson Silva ignited public imagination with talks of a super fight between him and 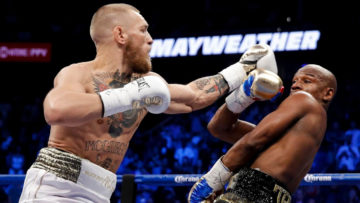 Steve Bunce is a boxing writer appeared as a pundit on the BBC sports programme and Radio. Recently speaking in an exclusive interview with the Daily Star, Bunce took a stronghold on the biggest fight in the combat sports between UFC lightweight champ Conor Mcgregor and Boxing legend Floyd Mayweather. Bunce went against on many 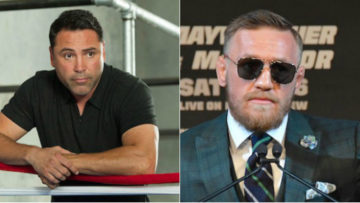 Oscar De La Hoya Continue To Challenge Conor McGregor: ‘Do You Not See Me That I’m In Shape?’

It seems like not only MMA fighters but athletes from other combat sports calling out UFC lightweight champ Conor Mcgregor. Boxing legend Oscar De La Hoya has been making rounds as of late when he said he would come out of his retirement to fight Conor McGregor in a boxing match. To remind you Oscar

Sergey Kovalev is finally back in the winning row after unloading on Vyacheslav Shabranskyy for two rounds in their WBO light heavyweight title match on Saturday at Madison Square Garden, New York. Kovalev, who is so often seen and admired as one of the most dominant boxers in the world, was returning to the ring 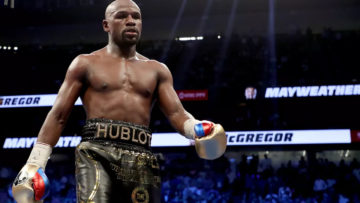 Last week the pound for pound boxing great Floyd Mayweather posted footage on his Instagram account showing him in fighting shape and working a heavy bag. View this post on Instagram A post shared by Floyd Mayweather (@floydmayweather) According to TMZ, Legendary boxer, Floyd Mayweather Jr. is reportedly telling people close to him that he 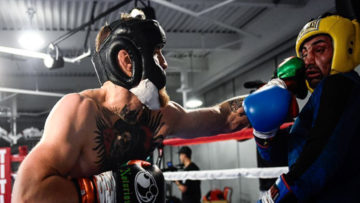 The unseen footage of UFC lightweight champion Conor McGregor sparring with two-weight world champion boxer Paulie Malignaggi has arisen up online as part of a marketing push for the new documentary film, “Conor McGregor: Notorious.” The new footage adds a bit more essence to the already well-covered dispute between the former professional boxer and McGregor. 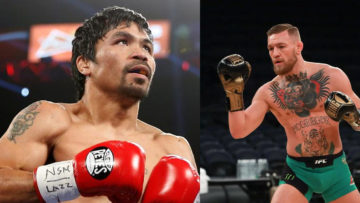 Everyone wants to fight with UFC lightweight champ Conor Mcgregor. Notorious who suffer a 10th-round TKO defeat in his first boxing match against undefeated legend Floyd Mayweather back in August. And now another boxer champ Pacquiao has dropped a huge hint that he could be the next in line to face the two-weight UFC champ 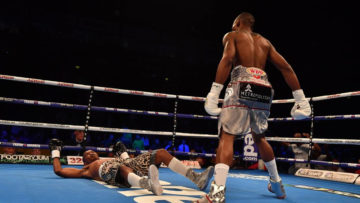 WBO bantamweight champion Zolani Tete 29, (26-3, 21 KO’s) KO Siboniso Gonya in what was the fastest ever world title fight in the boxing history. The 29-year-old landed a stunning blow on Siboniso Gonya’s chin at the SSE Arena in Belfast inside the first bell. The referee waved off the fight at just 11 seconds. 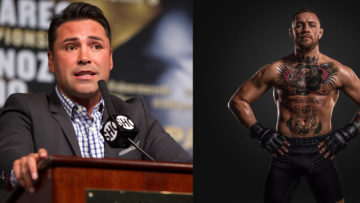 WATCH: Oscar De La Hoya Willing to Get Out of Retirement Said: “I Can Take Out Conor McGregor In Two Rounds.”

Boxing legend Oscar De La Hoya has not entered the boxing ring professionally for almost a decade, but the veteran pugilist believes he will certainly be able to knock out the UFC lightweight champion Mcgregor turned one-time professional boxer in two rounds for his come back fight. De La Hoya was speaking to Golden Boy 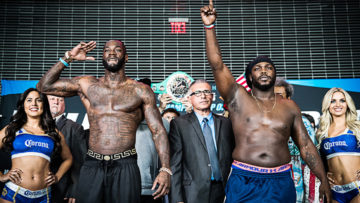 Last night on November 4, the Barclays Center in Brooklyn hosted a main boxing event between Heavyweight world title holder Deontay Wilder (39-0, 38 KOs) and Bermane Stiverne (25-3-1, 21 KOs). Wilder has lost out on the opportunity for two great fights because of his opponents, Alexander Povetkin last year and Luis “King Kong” Ortiz 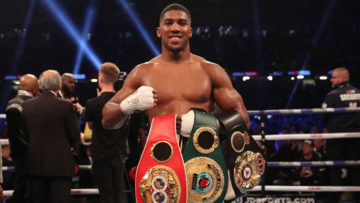 Anthony Joshua defended his WBA and IBF world heavyweight titles against the Cameroonian-French veteran Carlos Takam. Joshua takes him down via TKO with a controversial 10th-round stoppage at a raucous Principality Stadium. The London native, unbeatable 28-year-old (20-0, 20 KOs) got busted by Takam, suspected broken nose after a headbutt in the second round, and