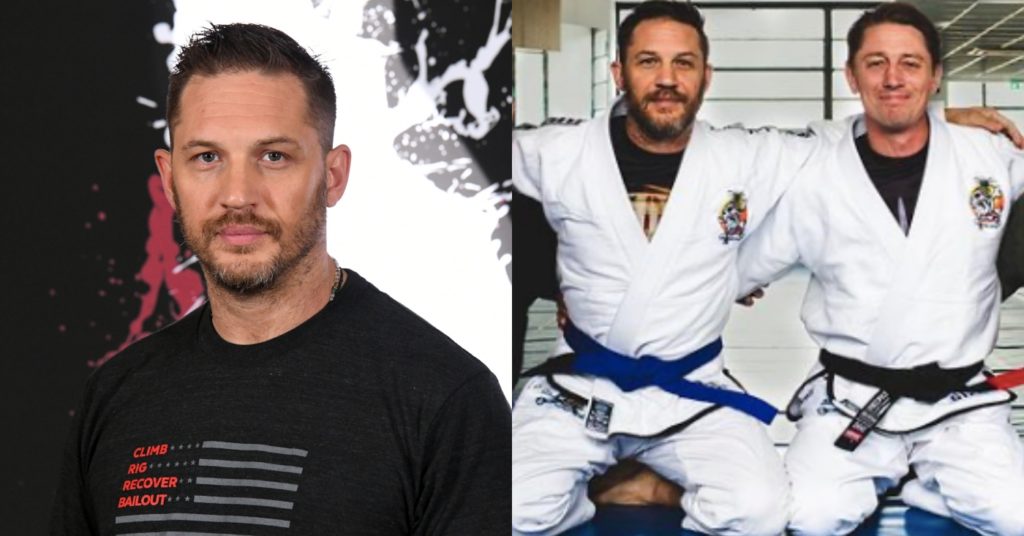 It is not uncommon to see Hollywood stars taking Brazilian Jiu-Jitsu or another form of martial arts. However Tom Hardy has exceeded many expectations, by earning his blue belt recently.

There are a lot of roles that Hardy has been cast for over his successful Hollywood career, but the one that likely initiated his interest in BJJ was that of Tommy Conlon in the MMA film Warrior. The actor has been in numerous other action roles, ranging from Mad Max: Fury Road, to Venom and The Dark Knight Rises, but this 2011 film saw him step in the shoes of a Marine veteran who enters an MMA tournament. It was shortly after this, that he decided to strap on the gi, and start learning BJJ for real.

As anyone who has trained BJJ can tell you, it takes a while to earn new belts. However Tom Hardy has shown discipline and dedication and was able to earn his blue belt in the gentle art. This was seen in a recent Instagram post from the REORG Jiu-Jitsu gym, where the actor can be seen sporting his new belt during practice.

The gym that Hardy is training at, REORG is a nonprofit organization that helps support the Royal Marines Jiu-Jitsu Association. The gi’s that are seen in the photo were designed to be sold in order to help the efforts that REORG do to help veterans in the BJJ world. So not only is Tom a newly minted blue belt, but he is helping others at the same time.

Congratulations are in order for Tom Hardy, for this recent promotion. It is cool to see him not only respecting the art, but also helping others in the process.