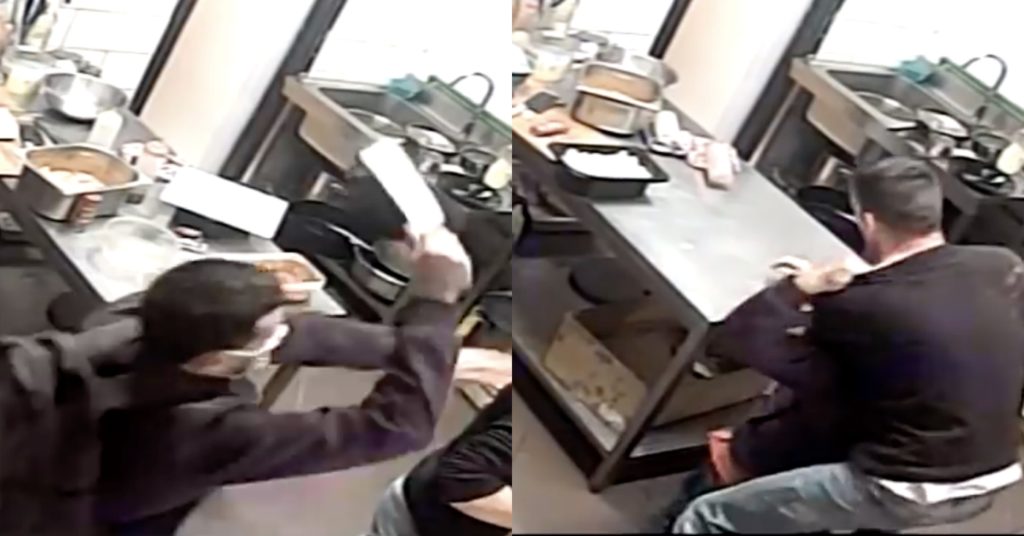 Brazilian Jiu-Jitsu, like many marital arts, is designed to protect you against attackers, even if they have a weapon. This was most evident recently, as a man was attacked in the back of a restaurant, but was able to use some BJJ to defeat the knife-wielding psycho.

If you are lucky enough to have never worked in the food industry, then you may not understand just how unruly things can get in the back of the house. Even the most upscale of restaurants wind up being closer to a gang of mercenaries once you enter the kitchen. Sure, they may prepare your delicious food, and even do a great job in the process, but the shenanigans that happen behind that kitchen door are always something to behold.

That being said, as insane as restaurant kitchens may be, things got taken to a whole new level for a man in Split, Croatia. A viral video emerged of some security footage in the kitchen of what appears to be a fast food joint, where a butcher knife wielding man, who must not have gotten a toy in his kids meal, charged to the back and started trying to murder the man in the kitchen. A scuffle ensued that saw the worker get his hand cut by the knife, and stabbed in the neck twice with a pair of scissors. However, in a miraculous comeback, the victim uses some limited BJJ skills to take down the attacker and subdue him with a rear naked choke, despite his wounds.

Now as far as Brazilian Jiu-Jitsu standards are concerned, this man did not have the cleanest technique, getting the choke without even needing to sink his hooks in. Nevertheless, given his injuries and the fact that this came out of nowhere, he seems to have done pretty well for himself.

UFC Rewind 2020: Look Back On The Year In The Octagon (VIDEO)
Read Next Post →
Click here to cancel reply.