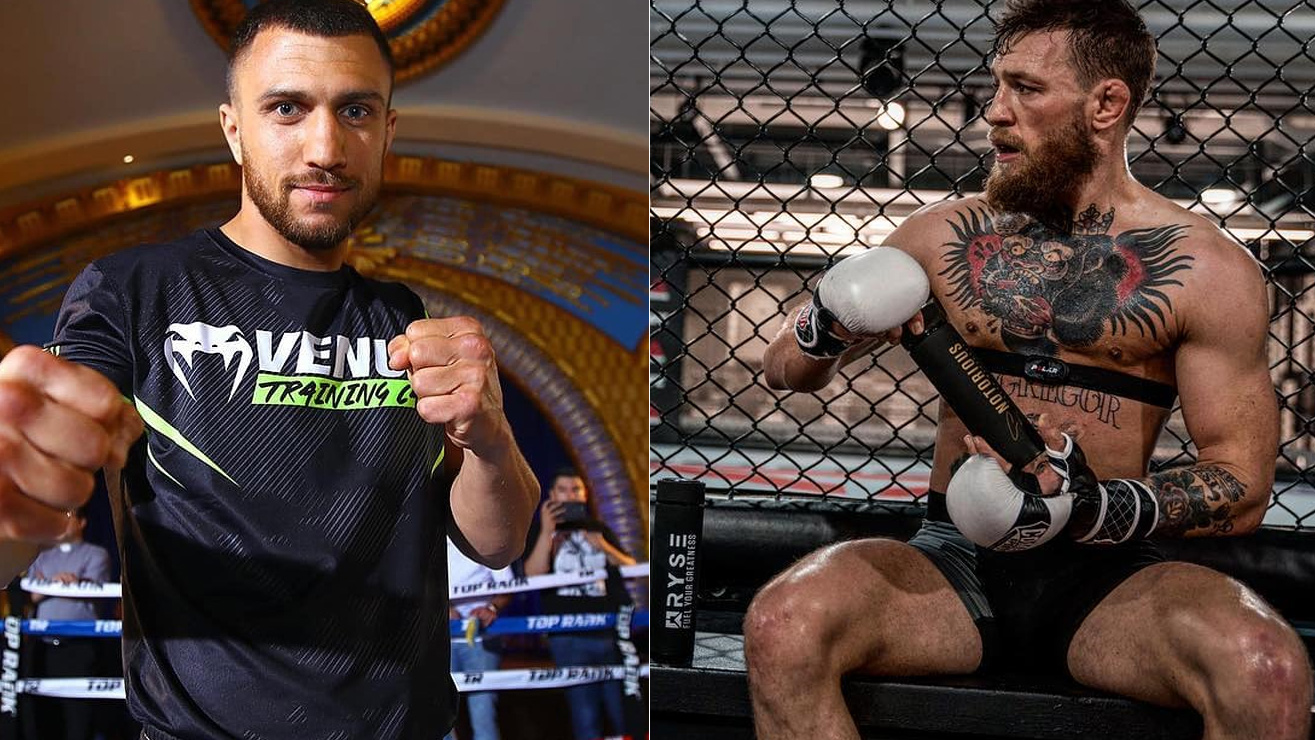 The Ukrainian lightweight champion Vasyl Lomachenko is defending his WBA and WBO titles against Anthony Crolla this weekend says he’s open a door to fight former two-division champion Conor Mcgregor if Irishman ever wants another stint at boxing.

Back in 2017, Conor Mcgregor made his highly anticipated boxing debut against legendary Floyd Mayweather, which he lost via tenth round stoppage. However, he took home a hefty paycheck.

A year later Mcgregor returned to Octagon and suffered another defeat against UFC lightweight champion Khabib Nurmagomedov at UFC 229.

Currently it’s unknown who he’ll fight next, but Vasyl Lomachenko recently caught with TMZ Sports, where he’s asked should Irishman return to ring one more time, while the Ukrainian boxer said Mcgregor is more of a showman then fighter and he’s no problem facing him as this would be an easy win for him.

“I can beat him easy,” Vasyl told TMZ Sports. “I enjoy this fight. I will go through this guy. No problem.”

“No, I don’t think [he’s a good boxer]. He might be a good boxer in an amateur career, amateur boxing. Three rounds, three minutes, one minute rest, maybe he is good. But in professional boxing? No.”

There is kind of a brief history here between two stars. Back in 2017 when Conor was preparing for his match against Mayweather, Vasyl asked to be his sparring partner but it didn’t work out.

“First of all, he’s 120lbs,” said McGregor, before being corrected and informed that Lomachenko currently competes at 130lbs. Second of all, he’s a southpaw. He’s very skilled, but he’s not applicable for this camp. Third of all, I’m more of a [Guillermo] Rigondeaux man, myself,” (Pundit)

Who do you think would come out on top if these stars ever cross path inside the ring?