A monumental battle for the ages has finally conceded. The build-up for Deontay Wilder vs Tyson Fury was unlike any other boxing match in recent history. Both men delivered in the aspect of showing why big-time boxing is one of the most entertaining spectacles on the entire planet. Fury was able to seal the deal and win the matchup via 7th round TKO. And, while Fury’s in-ring performance was the highlight of the night, so was his reaction afterward.

From the opening bell and until the end of the fight, Fury brought the action. He pushed the pace, kept forward movement, and used all 270lbs of himself to grind down Wilder. Also, he used his trademark off-balance movement and clean technical skill to catch Deontay and make him feel uncomfortable fighting off of his back foot.

Ultimately, Fury was able to corner Wilder and unleash a flurry of shots that ended the bout. Primarily due to injuries that it looked like Wilder sustained throughout the fight, and maybe even before it began.

For fans of Fury, the win was monumental. However, after the win was when Tyson showcased his true personality. One that has won him a following from the UK that has now appeared to spread into mainstream America.

As a class act, Fury had positive things to say about Wilder initially. And as time went on, he began to showcase his playful personality.

“I just want to say big shoutout to Deontay wilder. You know, he came here tonight, he manned up, he really did show the heart of a champion,” said Fury.

I hit him with a clean right hand and dropped him and he got back up and battled on into round 7. He is a warrior, he will be back, he will be a champion again. But, I will say, the king, has returned to the top!

Afterward, Fury went on to sing “Bye Bye Miss American Pie.” Shockingly, some boxing fans on the internet were just as impressed with Fury vocally as they were with his boxing expertise.

Now that Fury has beaten Wilder, what should be next for him? 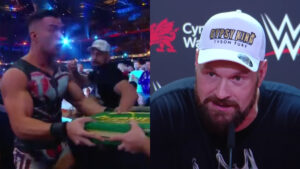 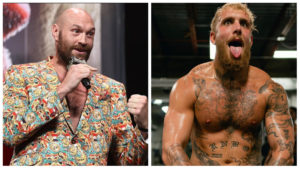 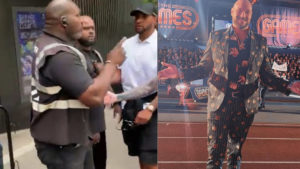