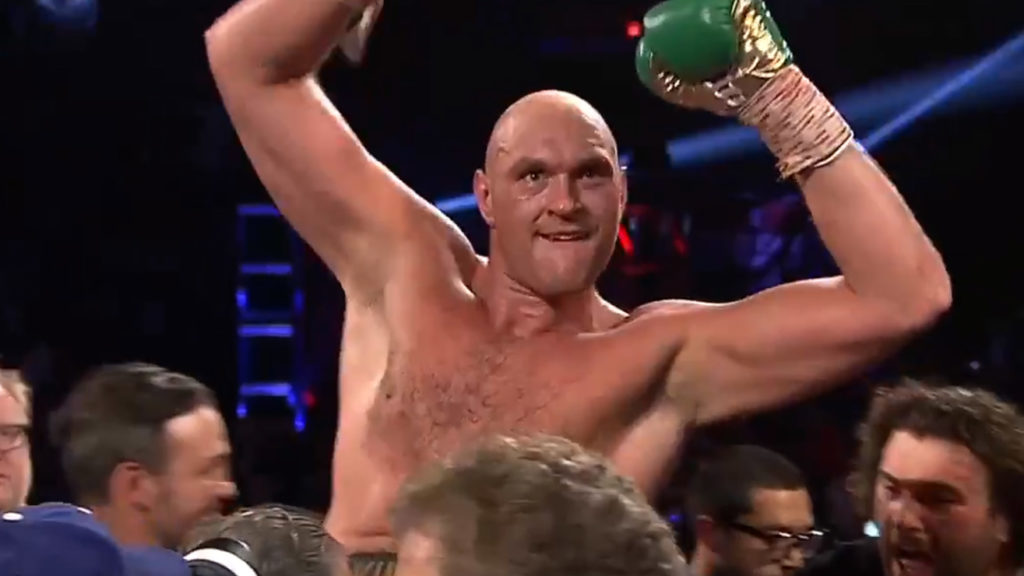 Fury Delivers on Promise to Have Wild After Parties

Tyson Fury might not be considered the “baddest man on the planet.” But, nobody can say that he isn’t the current WBC Heavyweight champion of the world. Fury’s efforts against Deontay Wilder was able to earn him the title via 7th round TKO. Prior to the fight, Tyson promised that he would have epic parties to celebrate the win. And, while the party might not be exactly what he said, it was still one for the history books.

Fury shocked the world, but it wasn’t because he won the contest. In fact, many people believed that Tyson Fury would beat Deontay Wilder in their rematch. Furthermore, many people believed that Fury won the first encounter as well which was officially judged as a draw. The shocking part was that Wilder was about to finish Wilder, who is considered the hardest puncher in boxing history.

Beforehand, Fury envisioned the party he was going to have after defeating Wilder. During his initial thoughts, he planned to have a lot of “cocaine and hookers” present to celebrate. Whether those entities were there or not shall remain within the walls of the party. For now, take a look at Fury celebrating the big win.

Of course, look no further than TMZ Sports to provide the coverage of Tyson Fury’s banger. The party was decked out with British flags, champagne, and tons of music. At one point, Fury entered the DJ booth to provide a performance of his own.

A shirtless Fury decked out in weird pants and a Gucci belt led a sing-a-long. With the British flag wrapped around him, be began to sing about how a Gypsy King shot down a Bronze Bomber through the air.

Fury can enjoy the parties for now. But sooner or later, fans will begin the speculation for a matchup against Anthony Joshua.

Eddie Hearn: 'No Need For A Third' Wilder Fight, Wants Tyson Fury vs Anthony Joshua In The Summer
Read Next Post →
Click here to cancel reply.