Terrence Crawford on why Canelo Alvarez 'shies away' from fighting Black boxers.

Black fighters give Canelo Alvarez the most problems inside the ring. That is what African-American boxer, Terrence Crawford believes to be true.

Alvarez has faced a multitude of talent throughout his illustrious 58-fight career, boxing fighters of all colors. However, Crawford theorizes that Canelo struggles through the storm when he faces Black fighters. The adversity would cause him to avoid the weather entirely, Crawford believed.

Crawford would speak out on this and Alvarez’s racial preference when it comes to facing competition, in an interview on SiriusXM.

Canelo’s sole loss in his long professional boxing career did come to one of the best ever, Floyd ‘Money’ Mayweather, who is black. Other than that, Alvarez has not lost to anybody else, but there was definitely some controversy in Canelo’s fight with another black boxer Erislandy Lara. Many believed Lara did enough to get the win, but Alvarez would show up as the victor on the scorecards.

Seven years later, he is arguably the #1 pound-for-pound best boxer on the planet,. Alvarez has paved a great legacy through the years. His resume speaks for itself. Shane Mosley, Austin Trout, Miguel Cotto, Gennadiy Golovkin, Daniel Jacobs, and Sergey Kovalev are among the names he has beaten. Ironically, half of those listed are black.

Alvarez is coming off a conquest at his new home of super-middleweight, against the likes of Callum Smith and Avni Yildirim. He will next take on WBO Champion Billy Joe Saunders on May 8th where he defends his WBA, WBC, and The Ring titles.

With a win over Saunders, it is speculated he will take on the last of the major champions at 168lbs which is Caleb Plant, who is also white.

Crawford doesn’t like the pathway that the Mexican boxer is currently on. Crawford believes Canelo is dodging fights with African-American boxers such as Jermall Charlo and Demetrius Andrade.

“He’s shied away from Jermall Charlo and [Demetrius] Andrade for a long time.” 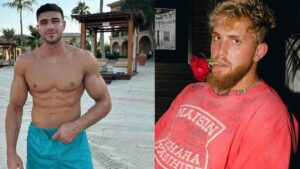 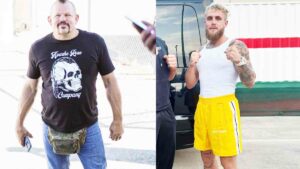 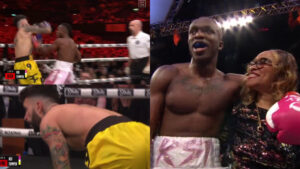