Tenshin Nasukawa On Floyd Mayweather Fight: “I Can Change The World With My Fist”

The match was set at the beginning of November. Yet, upon his return to the USA, Floyd Mayweather said he had never agreed to that fight, and the bout was canceled. Finally, few days later, “Money” confirmed the match was put back on track “as a little boxing exhibition”. You can read the official ruleset here.

Tenshin Nasukawa spoke at his family’s Teppen gym in Matsudo, Tokyo, on Monday. He believes he’ll deliver a punch that will send a shock-wave through the world of mixed martial arts. (h/t BJPenn.com)

“I can change the world with my fist,” the 20-year-old wunderkind stated (via ABS-CBN Sports).

The Japanese kickboxer also said he was tempted to kick Mayweather when they met in person.

“I sensed no aura about him,” he said. “He says such provocative stuff I feel like kicking him.”

Tenshin Nasukawa knows Floyd Mayweather Jr is a dangerous rival. But he is aware of his own qualities too.

“He is the best so I can’t let my guard down,” he said. “I’m sure his punches are fast but I’m sure I can see them.

Nasukawa’s feelings are mixed at the moment. He’s excited because of the fight, but from time to time, Japanese kickboxer feels scared too!

“I feel excited, although some days I still feel afraid,” Nasukawa added. “But when the day comes, I want to fight with confidence.”

“Ninja Boy” is one of the best strikers in the history of combat sports. He holds the kickboxing record of 27-0, with 21 KO wins. His most notable victims were the former Japanese UFC Flyweight fighter Kyoji Horiguchi,  Yamato Fujita, and Ignacio Capllonch. Tenshin even has an MMA score of 4 wins and 0 losses!

What do you think, who’ll win this exhibition match? Will Tenshin Nasukawa really change the world with his magical fist? 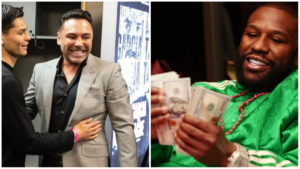 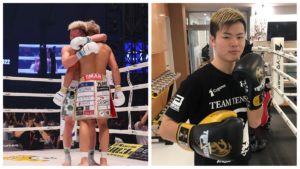 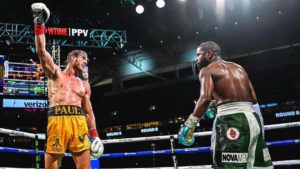 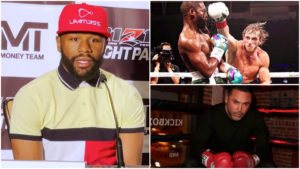