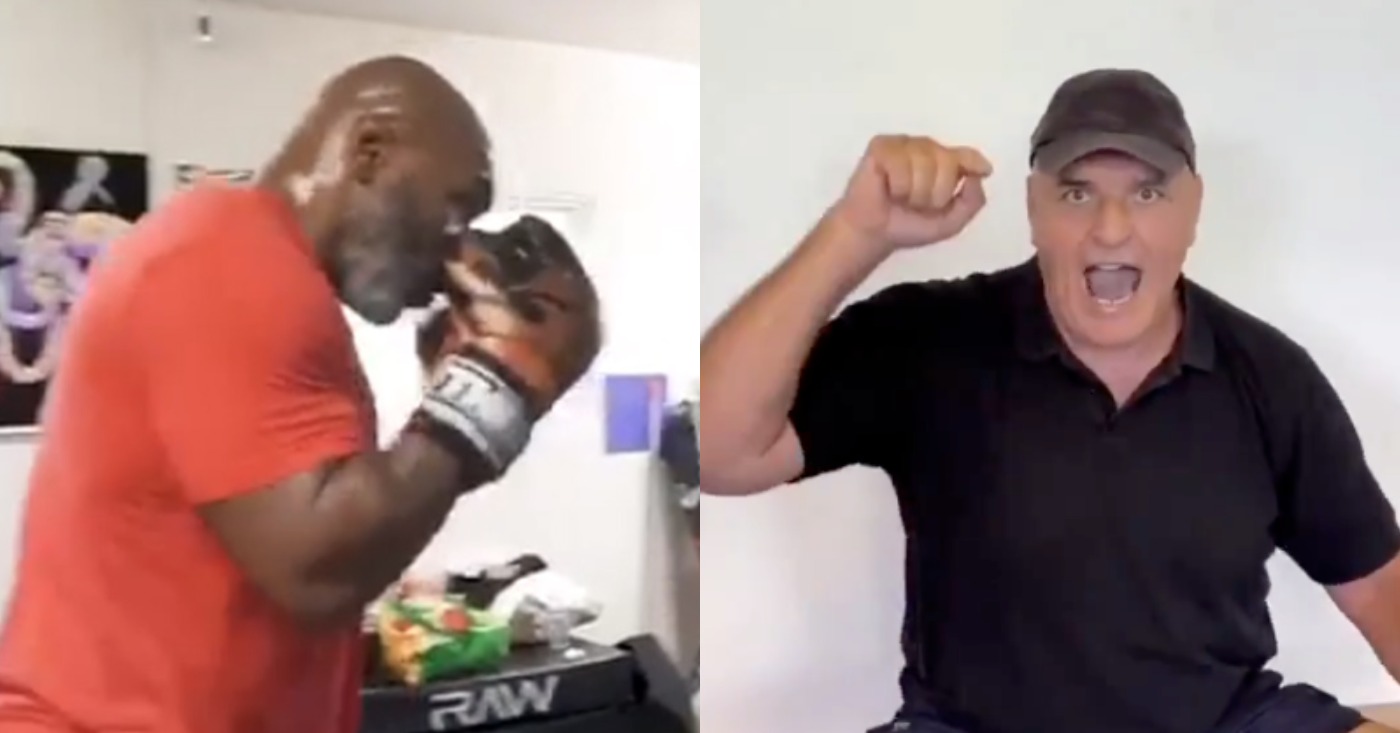 Tyson vs. Fury For Charity?

Mike Tyson recently made headlines when he hinted at coming out of retirement for a boxing match following some impressive pad work.

He has since had no shortage of offers, including a $20 million offer to fight at Bare Knuckle FC. And John Fury — the father of WBC heavyweight champion Tyson Fury — is the latest to put his name in the hat in enthusiastic fashion.

“I know Mike Tyson has mentioned me boy’s name every five minutes. Here I am. John Fury is hiding from no man, not even the king of the old men. Mike Tyson! I will fight Mike Tyson! Hear that then because I will not be denied. I will die in a fight. I’m as game as an American Yankee cock. I will die before I’ll give in.”

It’s certainly not the worst idea.

The senior Fury, 55, is just two years older than “Iron Mike” and did box professionally as he amassed an 8-4-1 record until his retirement in 1995. Tyson is much more experienced with more mileage, represented by his 50-6-2 record and 2005 retirement.

Whether a fight will actually happen remains to be seen.

Would you be interested in watching the pair box for charity?