The exact cause of death is uncertain as of now for the boxing middleweight legend.

Marvin Hagler has unfortunately passed away.

The boxing legend and former longtime middleweight champion died in his home in New Hampshire as per a social media post by his wife Kay.

“I am sorry to make a very sad announcement. Today unfortunately my beloved husband Marvelous Marvin passed away unexpectedly at his home here in New Hampshire. Our family requests that you respect our privacy during this difficult time.
With love

The cause of death is unknown as of now, however, TMZ reports that his son James revealed that Hagler had trouble breathing and endured chest pains at home before being taken to the hospital.

Hagler One Of The Greats

Hagler is already regarded by many to be among the greats in the sports of boxing.

The Brockton native became the WBA and WBC middleweight champion following a TKO win over Alan Minter in 1980.

He would go on to defend those titles as well as add the IBF strap for nearly seven years as he defeated the likes of Roberto Duran, John Mugabi and Thomas Hearns.

The Hearns fight, in particular, is one of the most memorable fights as while it lasted just three rounds, the opening round is the stuff of legends.

Hearns would lose his titles to Sugar Ray Leonard in 1987 following a split decision defeat. He would retire afterwards with a 62-3-2 record. 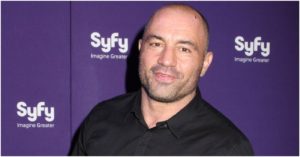