After claiming to break PPV pre-sale records, Jake Paul says it makes too much sense for Conor McGregor to fight him and that it is inevitable 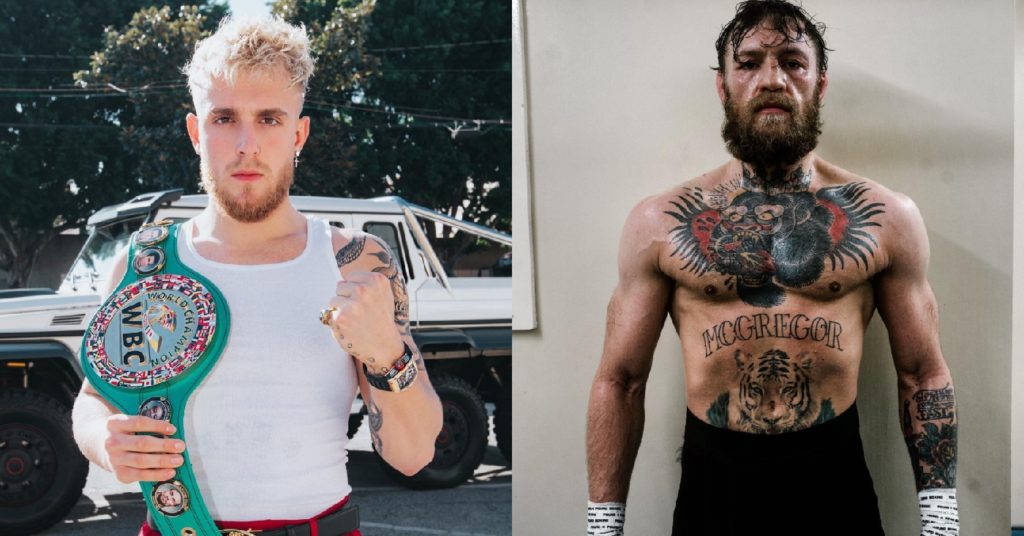 YouTuber turned celebrity boxer Jake Paul has been demanding a fight with MMA superstar Conor McGregor. Now he explains why it makes too much sense for the former UFC champion to turn down.

As much as this weekend’s boxing PPV is about Mike Tyson and Roy Jones Jr., another big aspect to the event is Paul taking on NBA dunk champion Nate Robinson. Not because this fight is particularly meaningful, but instead that it supposedly draws in a fanbase of younger people, who may not be as familiar with the boxing legends in the main event. Yet regardless of how you feel, Jake with a professional record of 1-0, will square off against the debuting Nate in a light heavyweight contest.

The co-feature is all set for #TysonJones

Leading into this fight, Jake Paul has repeatedly discussed taking on Conor McGregor in a boxing match. He doubled down on these sentiments in his final rounds of media before his bout this weekend. Not only that, but he claims that this event has broken records for pay-per-view presales, so once he beats Robinson, Conor will have no choice but to fight him in what he perceives as a massive event.

“There’s no other fighter with as big of a platform as me that’s calling him out right now,” Paul continued. “He wants to fight Manny Pacquiao, Manny Pacquiao will destroy him, it’ll be another embarrassing night for him just like when he got embarrassed by Floyd. So, Jake Paul vs Conor McGregor is bound to happen. I know he’s seeing these interviews, I know he’s seeing the s–t talking. It’s going to happen.”

Do you have any interest in seeing Jake Paul and Conor McGregor fight?