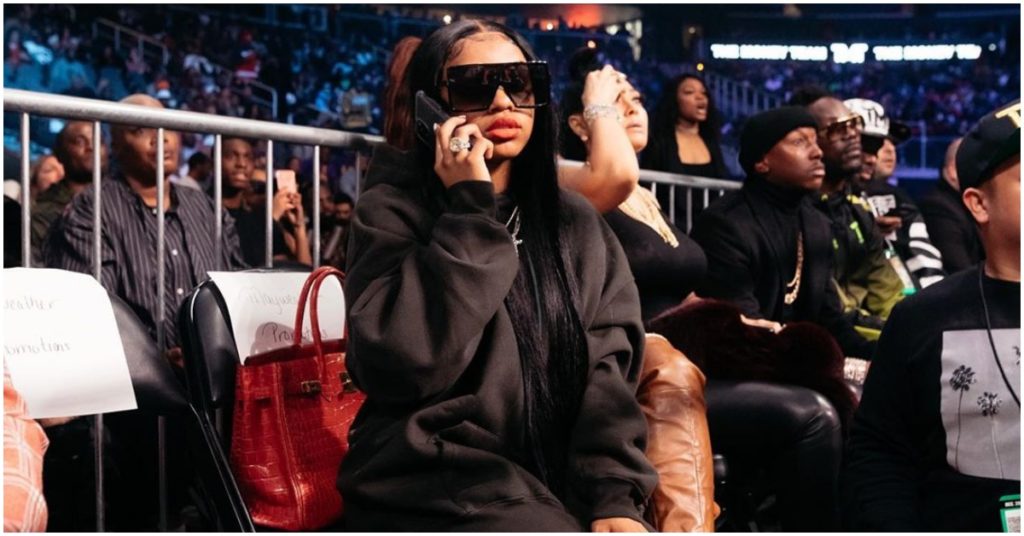 Floyd Mayweather Jr’s daughter, Iyanna, was arrested on Saturday. According to reports released by TMZ, Iyanna stabbed Lapattra Lashai Jacobs, who is the ex-fiance of rapper Youngboy Never Broke Again (AKA NBA Youngboy.)

Mayweather sat inside of jail in Harris County, Texas. However, Mayweather was freed from jail on a $30,000 bond, according to online documents. Her succeeding court date is scheduled for Monday, April 6th.

Here is what law enforcement officers allegedly told TMZ in reference to the incident.

“The alleged victim and NBA Youngboy were at his home when Iyanna arrived and told the woman, Lapattra Lashai Jacobs, she was Youngboy’s fiancee and Jacobs should leave the house. Jacobs then told Iyanna to leave.

“We’re told the argument moved into the kitchen, where Iyanna was holding 2 knives. According to our sources, Jacobs stepped toward Iyanna and (mayweather) charged at her with one of the knives. Jacobs told cops she didn’t feel the first knife wound but then she said Iyanna charged at her with the second knife, stabbing her again.

“When EMTs arrived, Jacobs was laying on the floor. She was taken to the hospital. We do not know her condition.”

Although Mayweather has been released from prison, she still faces some serious charges. The Texas prosecutor’s office charged Mayweather (also known as “Yaya”) with felony aggravated assault with a deadly weapon, which could possibly land her in prison for 10 years.

Police captain Jonathan Zitzmann of the Harris County Precinct also confirmed that NBA Youngboy was interviewed as a witness at the scene. However, Zitzman didn’t disclose what Youngboy, (real name Kentrell DeSean Gaulden,) told him. He simply stated that the interview process between NBA Youngboy and the police was confirmed.

As more details are revealed, Middle Easy will be sure to update this story. For now, it’s been a few rough months for Floyd Mayweather Jr.