Reigning titleholder and undefeated Deontay Wilder (40-0, 39 KO) will put his WBC heavyweight title on the line against Tyson Fury (27-0, 19 KO) tonight (Sat., Dec. 1, 2018) in one of the biggest boxing matches of the year which will go live on Showtime pay-per-view (PPV) from inside Staples Center in Los Angeles, California.

Without any question, Wilder passed the toughest challenge in his last fight. Back in March Wilder defeated Luis Ortiz after scoring a thunderous knockout win.

Fury’s last foe was not as challenging as Ortiz when it comes to skill level. Tyson Fury won couple tune-up fights after coming out of long hiatus due to a drug test failure, substance abuse problems, and other health issues. Fury who remains undefeated there are few questions arise here as to whether he’s fully back to the form he showcased when he outpointed the longstanding reign of Wladimir Klitschko back in 2015. 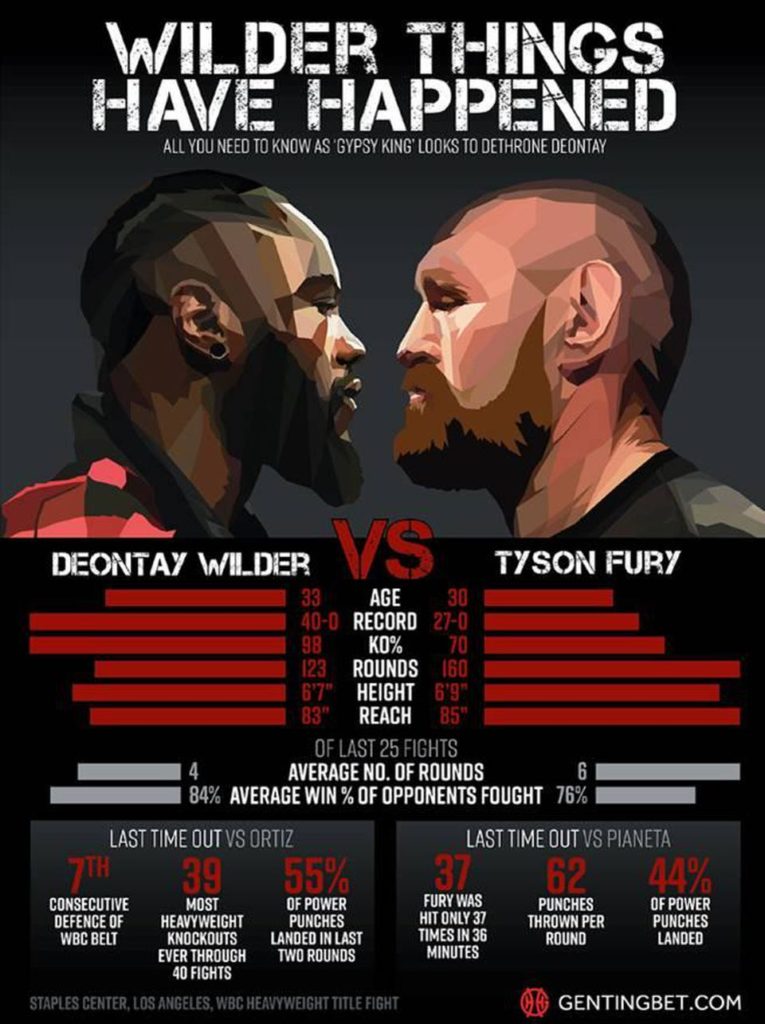 Per ESPN, Wilder will bank $4million for his efforts while Fury will take home $3 million, also both men have an opportunity to earn a share from PPV revenue.

You can watch the fight live stream through SHOWTIME’s app for $74.95. For viewers in the UK, you can watch the match through BT Sport Box Office streaming app for £19.95.