Boxing Star Gervonta Davis just got hit with a plethora of criminal charges for a recent hit-and-run incident he was involved in. The crime occurred in November 2020 where Davis crashed into four people. The injuries he dealt to the victims would land Davis more than seven years in prison.

After driving a knockout win over Leo Santa Cruz on November 5th, “Tank” would blast his Lamborghini Urus past a red light and into a Toyota. He and his passenger would collect their things and evade the scene in a ‘getaway’ car, per witnesses.

Davis would crash a nightclub for his 26th birthday on November 7th, moments before crashing his vehicle in Baltimore, Maryland.

The Long Arm Of The Law

The State Attorney’s Office of Baltimore would drop some legal punches on the boxer, hitting him with 14 criminal charges months after the incident. Davis had failed to remain at the scene of accident, failed to report the accident, and failed to stop at a red light. On top of all of this, Davis’s license was suspended at the time of the hit-and-run.

If the court proceeds to convict him on all 14 charges, Davis will spend his days in a cell rather than a ring for a possible 7 years and 55 days (maximum).

The hit-and-run would injure four people in the process. However, they look to make a full recovery.

“Fortunately, the victims in this case were able to survive this alleged hit and run collision with recoverable injuries despite the potential for a far worst scenario.” said State Attorney Marilyn Mosby.

“My office will continue to do our part to hold reckless drivers accountable when their harmful actions put innocent lives in jeopardy.”

Prosecutor also adds that they have a surveillance evidence:

“The defendant and the unidentified female passenger were captured on camera leaving from the scene in the Camaro,” prosecutors say.

Davis has been charged with following: (via ESPN)

The undefeated prospect’s 24-0 record will be on hold for quite a while. The new boxing ring will take place inside the courtroom as the Floyd Mayweather protégé fights yet another legal battle. 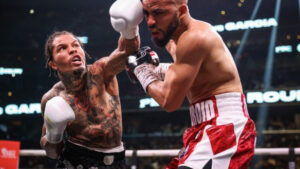 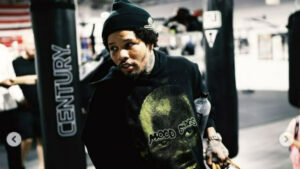 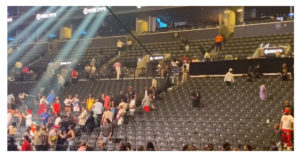 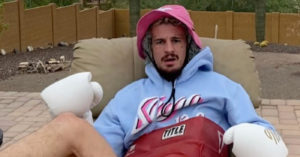 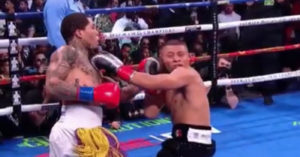