Garcia earned the biggest victory of his career with a seventh-round knockout win over Campbell. 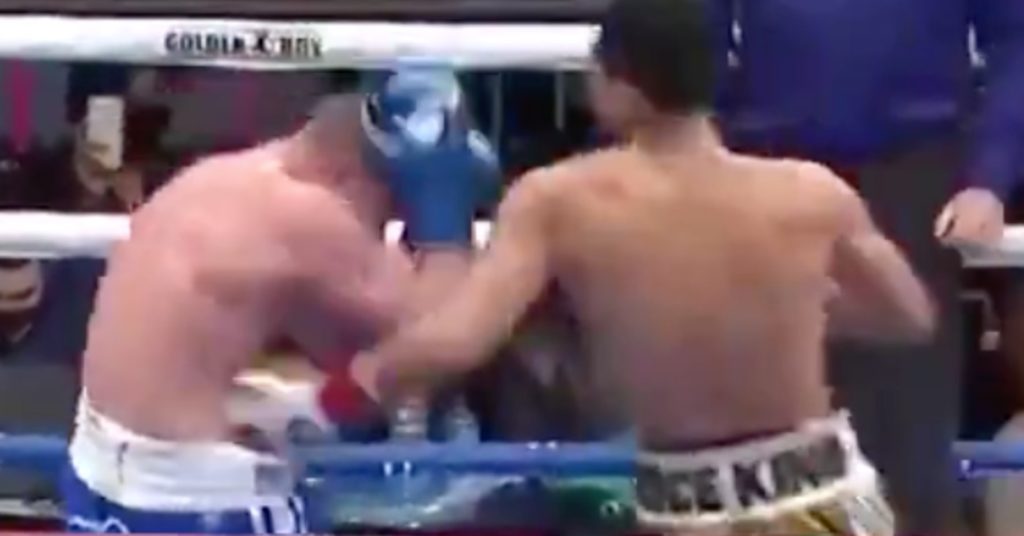 Ryan Garcia battled through adversity to earn the biggest win of his career.

Things did not go to plan as Garcia was dropped for the first time in his career after taking a flush left hook from Campbell in the second round.

However, the 22-year-old got right back up and showed plenty of heart as he was able to bounce back and rock Campbell towards the end of the fifth round with a left hook of his own.

The end came in the seventh round when Garcia landed a vicious body shot that shut Campbell’s body down as he was unable to get up for the ten count.

LUKE CAMPBELL PUTS RYAN GARCIA ON THE CANVAS IN ROUND 2 💥 pic.twitter.com/hCQaPiVHjY

This win meant everything to Ryan Garcia 👏 pic.twitter.com/1bw9MnqBmq

What’s next for Garcia could be a unification bout with WBC lightweight champion Devin Haney, but crowd in attendance were also calling for Ryan to meet Gervonta Davis.

Following his win, Ryan posted a inspiring message on Twitter:

You are not what they say you are, you are who you choose to be 👑 pic.twitter.com/MpPSOScbPy