From ring into the race track, Floyd Mayweather likes to compete.

If you had Floyd Mayweather going into the world of NASCAR on your bingo card, congratulations.

Don’t get it twisted, the boxing legend won’t be in the driver’s seat. Instead, he’ll watch his team’s car try to win, from the sidelines.

‘The Money Team Racing’ will be making its debut next month at the Daytona 500 with Kaz Grala behind the wheel of the No. 50 Chevrolet. The TMTR will attempt to qualify for the season-opening Daytona 500, which goes down on February 20.

Tony Eury Jr. will be crew chief for the team. Eury Jr. worked with has Dale Earnhardt Jr. and Danica Patrick.

Here is a first look at Mayweather’s racing car:

Floyd Explains The Move To The Fast Lane

In a press release, Mayweather claims his venture into NASCAR will not be easy, but he’s up for the challenge.

“I love fast cars and I love to compete. I know NASCAR will not be easy, but anything easy isn’t worth doing to me,” Mayweather said. “With that being said, this move into auto racing seems to be a perfect fit for the Mayweather brand.”

In the same press release, The Money Team Racing’s driver, Kaz Grala, said he was very excited to team-up with the boxer and represent him on the track.

“It’s an honor to be behind the wheel for Floyd Mayweather’s entrance into NASCAR. It’s a really exciting time in our sport as it globalizes and reaches new audiences.

“I know Floyd is here to win, and I absolutely feel that everyone involved in this program is capable of making that happen. We know we will need some time to grow together as a new organization, but I couldn’t be more thrilled to be a part of building this team from the ground up.”

Mayweather Isn’t The Only One

The undefeated boxer isn’t the only person from combat sports that has got into NASCAR lately.

UFC President Dana White partnered up with music artist Pitbull and his Pitbull’s Trackhouse Racing. They will be starting with The Busch Light Clash at The Coliseum in Los Angeles, California, and will be held this Sunday, February 6, 2022. 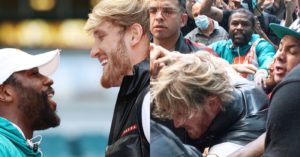 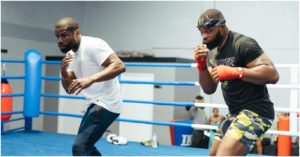 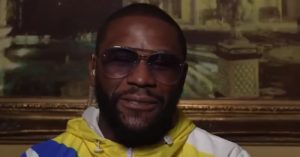 Floyd Mayweather Jr Offers $100,000 to Anyone with Info in Recent Home Robbery 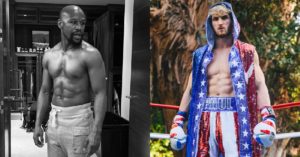 Floyd Mayweather Jr Says he “Just has to Show Up” Against Logan Paul, No Strategy Needed 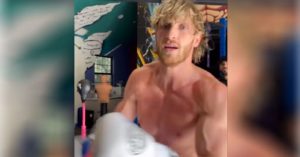 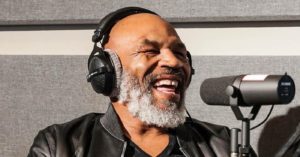