Evander Holyfield Responds To Mike Tyson With His Own Training Footage: ‘I’m Back’ Too! 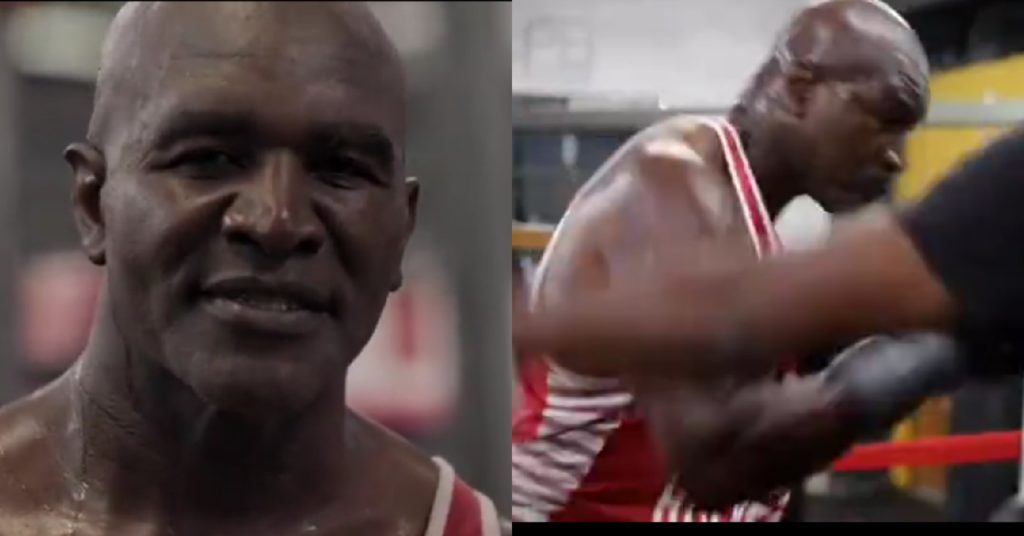 Evander Holyfield Fires Back At Mike Tyson With Recent Video

Mike Tyson recently released some scary training footage, proclaiming that he was back. Now his old rival, an also recently unretired Evander Holyfield shared some training footage of his own.

It would appear that, whether we like it or not, we will probably be seeing a third fight between Mike and Evander. It all began with some training footage from Tyson, which came out of nowhere. That was then followed up by some big fight offers, as well as his old rival Evander making the official announcement that he would be coming out of retirement for some charity boxing.

Well, Evander Holyfield wants to make sure people are taking this comeback seriously. Shortly after Mike posted training footage, proclaiming to be back, the 57-year old posted his own training footage. Not only does he still look good, but he also responded to Tyson by saying that he is back too.

“My 1st week back in the gym and feel great,. Im looking forward to stepping up my training sessions and intensity as prepare for my fight.

I told you had something for you 🥊”

Now, to be fair, it is a bit hard to judge this footage that has been sped up and edited. However it would appear that Holyfield still has some level of power in his hands, and some decent timing. Of course, with this being his first time back training, it is expected that he will only improve from here.

At this point, nothing has been discussed or made official, in the way of an Evander Holyfield vs Mike Tyson trilogy fight. Although there can be no denying how many things seem to be falling into place, suggesting this fight may happen.