Deontay Wilder Tears Into Joshua And Ruiz Jr. For Performances

Anthony Joshua managed to win back his titles against Andy Ruiz Jr. in their rematch on Saturday. Someone who is a little less than impressed is WBC Heavyweight champ Deontay Wilder.

Joshua took on Ruiz Jr in a rematch from their bout earlier this year, where Andy won by knockout. However fans were very critical of his performance, as AJ was quite technical and cautious. Nevertheless he was able to win a unanimous decision, to recapture the unified titles.

Someone who was particularly not entertained by the bout, is Deontay Wilder. Speaking to The Athletic, he explained that he understood that Anthony did what he had to do to win. On the other hand, he was extremely critical of both men.

“JOSHUA DID what he had to do to get the win. He ran around the ring and was on his bike all day,” Wilder said. “BASICALLY, he had (former champion Wladimir) Klitschko in the camp and he was a lot like Klitschko: that jab-grab-hold method. That’s all he did tonight.

“You want to dominate guys, man! Maybe I’m just too rough, too hardcore and too much of a dream for this time and era, maybe the world wants that nice shit … my mentality is so different from these other fighters. But when I think of myself as a champion — as a champion! — you want to come out there and whoop his ass.

“I’m not coming in, after losing to this guy, to just dance and grab and jab and hold. I’m going to show the world and convince them I am the very best and that no one is close to me, especially with what’s going on in the division right now. It’s a time of proving who is the best.”

Wilder then switched his attention to Ruiz Jr.

“People say I have no skills, but my intellect is high enough to know if I’d been in a situation like (Ruiz) and something’s not working, you’ve got to change up my STYLE. I’M smart enough to know: Cut the f—ing ring off.

“Once YOU cut the ring off, you put Joshua in a corner and you can have your way with him by hitting him the way you did the first time. To be in boxing that long and not know how to cut the ring off? If he knew, he didn’t do it, or he didn’t have the intellect. I’m a little upset with him.

“I take this s–t seriously. I don’t know what their mentality is, but I didn’t become champion of the world just to say, ‘Put me in the record books. At least I can say I was a champion. They can never take that away from me!’ Fuck that shit! I’m here for legacy. Long live the king! That’s my mentality, and America should love a world champion like me.”

It is the hope that Deontay Wilder could face Anthony Joshua in the future. Although first, he has to get through a rematch of his own. 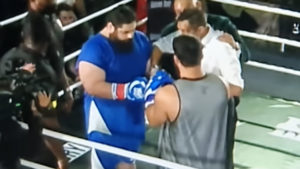 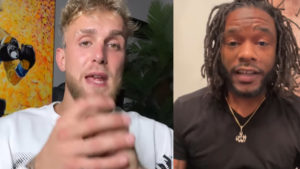 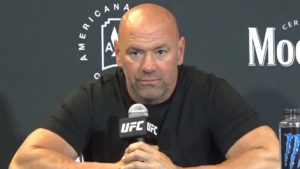