Rory MacDonald won the Bellator welterweight title on Saturday (Jan. 20, 2018) with a decision victory over Douglas Lima at Bellator 192, despite MacDonald’s left shin being left severely swollen and damaged due to low leg kicks landed by Lima that caused a massive hematoma

Fans that saw the fight know that Rory MacDonald didn’t walk away from the event uninjured. In fact, MacDonald had to be carried by his team after absorbing a high number of Lima’s vaunted low kicks, throughout the bout.

MacDonald persevered the fight even with a massive injury on his shin he told Ariel Helwani on The MMA Hour that it was a matter of mental toughness and discipline that led him to pursue the fight till the end.

“Yeah, a few times. It went through my head. But I just kept pushing through it. I had to dig deep a few times and just break down some mental barriers and keep pushing.

“Any fight that I’ve had to endure a lot of punishment and keep going forward, yeah. Your mind always plays tricks on you and wants you to give in and it’s just being disciplined and being able to push through those doubts and anxieties.” 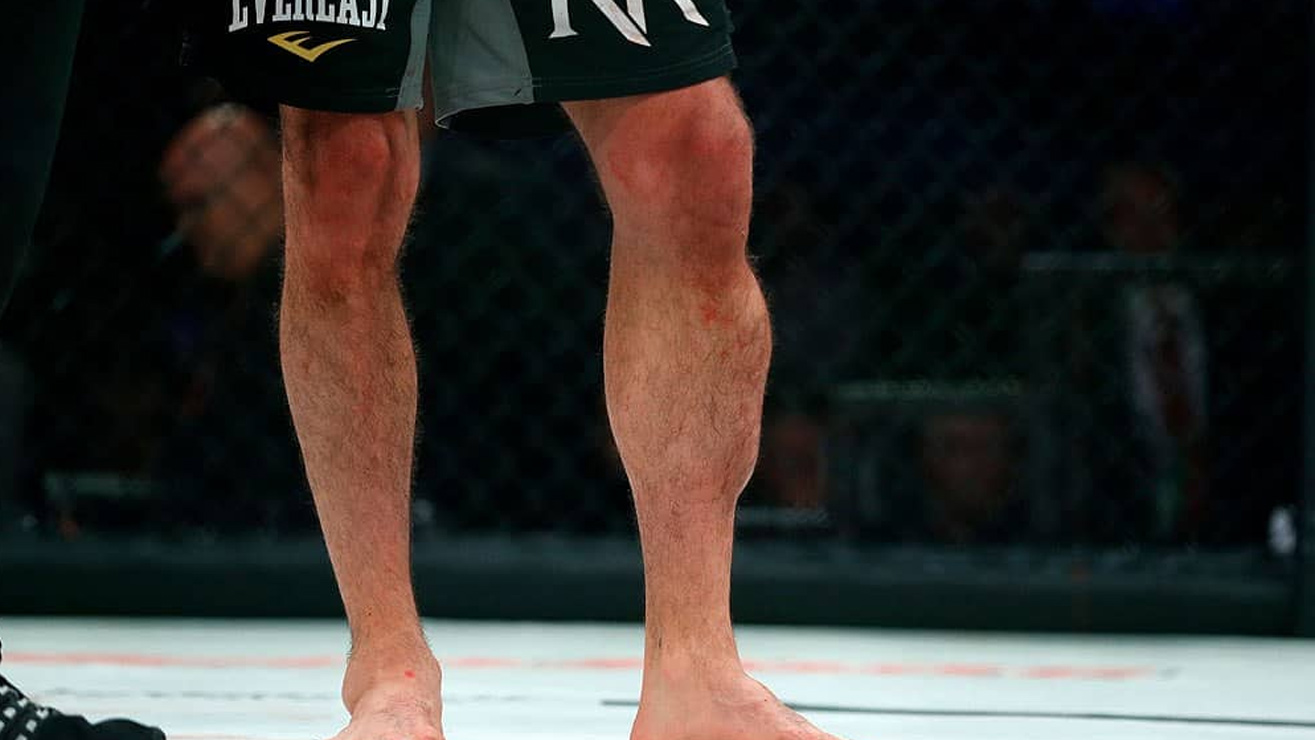 MacDonald was four minutes away from winning the UFC welterweight title back in July 2015 but lost to then-champion Robbie Lawler where he badly broke his nose in the final round at UFC 189. In comparison, Macdonald said hematoma was the worst pain he has had in a fight.

“I was definitely emotional. Especially going through a fight like that for the belt. It was a special moment for me, because I got to push those mental barriers to get to this championship. It was a nice feeling. It was a hard fight, it was a close one. It was something I really appreciated and I’ll always remember.”

Despite being severely injured, MacDonald said he simply had to do what he did to secure a win in one of the biggest fight of his career.

“I’m happy that I was able to push through those barriers, like I said.

“Those aren’t easy moments in a fight to get through. I was happy that I was able to stay focused on the prize and just keep going forward and stay focused on what I had to do, regardless of how I was feeling. I had to change things up in the fight. I would have liked to have fought differently, but I had to adjust. The fight went the way it did because of that.”

A Lesson in Street MMA: This fight league takes place in the back of a moving 18-wheeler?
← Read Last Post