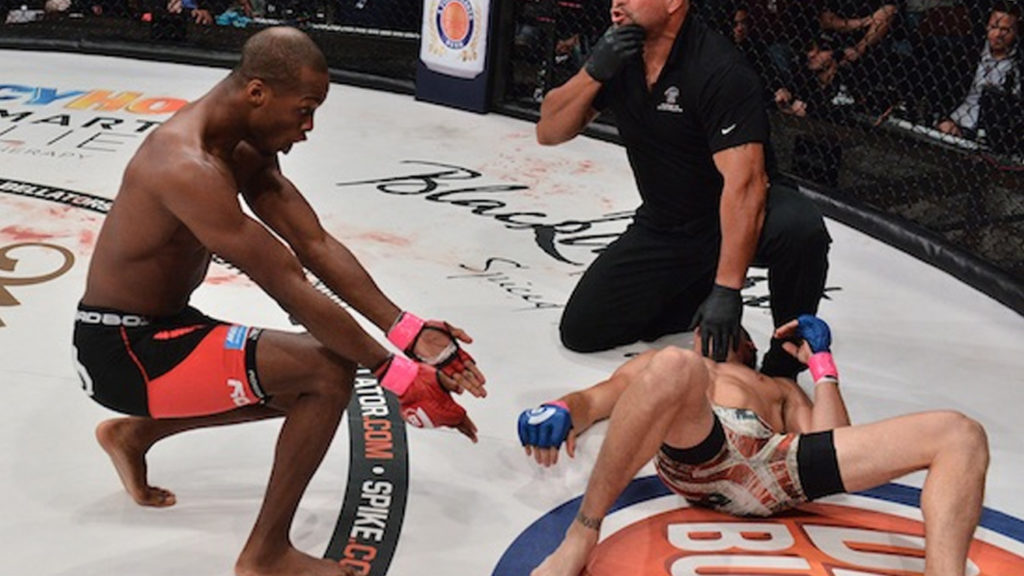 Michael Page is one of the most famous MMA fighter outside of the UFC. The English strikeforce made his successful professional boxing debut as a lightweight against Jonathan Castano with third-round Ko on Friday in London.

Page got an MMA record of 12-0, with 7 knockouts, 3 submissions and other fights as a welterweight. Michael Page followed the footstep of Lightweight champion Conor Mcgregor, becoming the second MMA fighter who stepped outside of the octagon and into the boxing ring.

A happy @Michaelpage247 as he starts his boxing journey with a win on his pro debut. #DaveFightNight pic.twitter.com/sM9rP67euR

Page made a brilliant boxing win with (1-0) over Castano (2-12-1) at Fight Night on Dave at Indigo at the O2 club Greenwich, England. Bellator welterweight continues to appear loose throughout the fight, used his unorthodox style to floor the opponent down with right hand eventually. Later it was immediately stopped by the referee.

Just spoke to @ScottCoker. If @Michaelpage247 comes out of this boxing match unharmed Bellator will book him for Newcastle on Dec 15th.

According to Bellator President Scott Coker, Page came out victorious from his boxing debut with unscathed, so it looks like he will be added on to Bellator cage on December 15th in Newcastle, England.

Video: Listen to Aspen Ladd Release Her Inner Banshee, Grunt and Shriek Her Way to the TKO Victory
Read Next Post →
Click here to cancel reply.