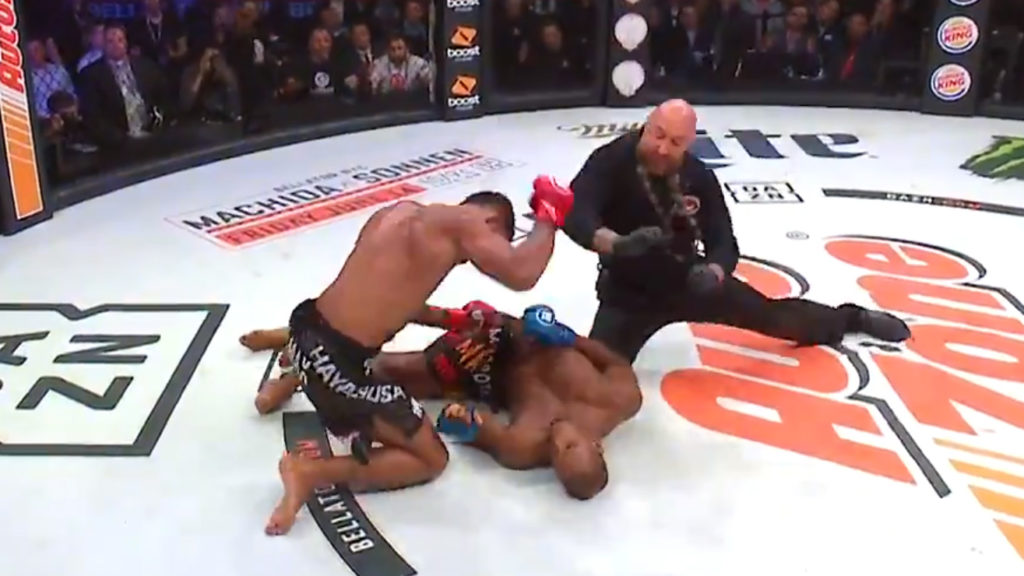 British striker Michael “Venom” Page suffered a first career loss at Bellator 221 last night (Sat., May 11, 2019) from inside Allstate Arena in Rosemont, Illinois, when Douglas Lima knockout ‘MVP’ cold with a brutal uppercut in the second-round.

In the opening round, Lima landed a couple of leg kicks then he secured a takedown. Lima then controlled the rest of the frame from the mount position. By the second round, Page showed more confidence and acted aggressively. Lime took advantage and landed low kicks that dropped MVP to the canvas. Page tried to get on his feet, Brazilian landed a brutal right hand that had him sent to the mat again, Lima scored few more punches before the referee stepped in and waved off the action.

Following his loss Page took to social media and issued a statement on his first career defeat.

“If I had to take 1 L in my career I’m glad it was to this warrior @phenomlima an amazing martial artist and person.

“I felt like I was in control the whole fight, made a mistake by standing up incorrectly and at this level it only takes 1 bad choice, and I paid for it. But im still smiling and even more motivated to get back in the cage and correct this mistake.