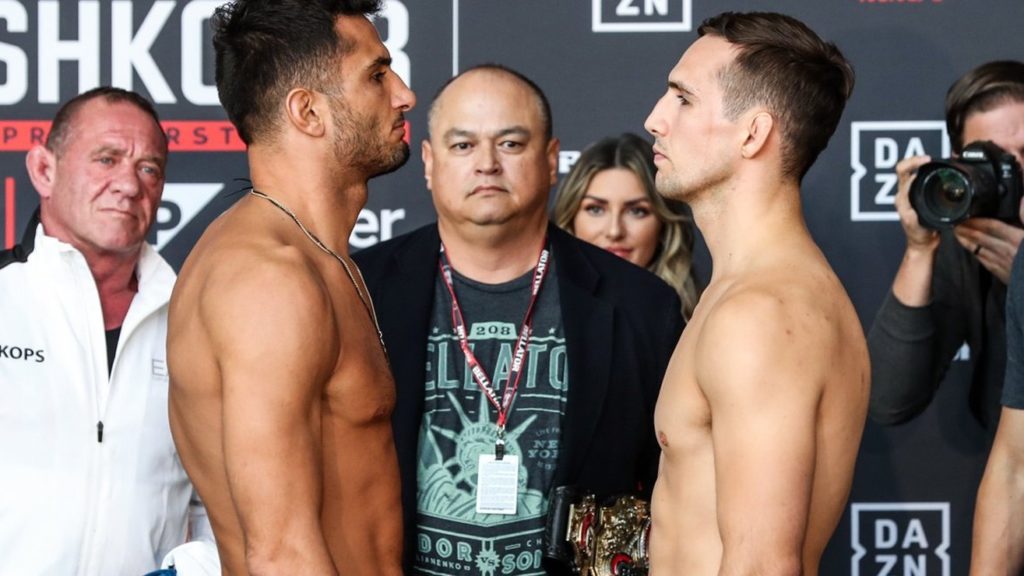 One of the biggest events in Bellator MMA history is set to take place tonight (Saturday, September 29th) from the SAP Center in San Jose, California.

The main event is headlined by a champ vs. champ showdown that is going to be massive, as middleweight champion Gegard Mousasi will defend his gold against welterweight champion Rory MacDonald, who looks to become Bellator’s first concurrent two-division champion.

In the co-feature, long-standing rivals Quinton “Rampage” Jackson will meet Wanderlei Silva for the fourth time in a heavyweight contest. Silva has 2-1 edge as he won the first two fights in PRIDE; meanwhile, Rampage won the third contest by KO in the UFC, now they’re under the Bellator banner. Both rivals haven’t fought each other in nearly ten years.

Also in the stacked main card, featuring quarterfinal matchup for Bellator’s welterweight tournament, a former 170-pound champions Douglas Lima and Andrey Koreshkov square off once again. Koreshkov won by decision in the first meeting, then Lima went on to KO’d Koreshkov in the rematch.

UPDATE: We are LIVE with the #Bellator206 Undercard Fights! 👊#WatchOnDAZN https://t.co/TCdcMEp3dJ

Check out the Bellator 206 full fight card, start time and results below:

Video: Dana White tries to explain away the 165 lb division & he doesn’t have any good reasons
Read Next Post →
Click here to cancel reply.