“Dumpy Dwarf” Fedor Emelianenko Earns A TKO Victory Over Chael Sonnen In The First Round!

Sonnen tries to advance towards the center but gets a punch.

Superb Knock Down For Fedor At The Beginning Of The Match!

Fedor lets Chael go up but punishes him with spectacular left hand. Sonnen goes to his back. Emelianenko didn’t jump on the top of him. Fedor blocked Chael’s shot and ended up in half guard, but then he chooses to stand up.

Sonnen goes for a takedown but gets a counter instead, he is on the ground. Yet, Sonnen recovers and does a takedown. Chael trying to get a hook but The Last Emperor counters. Fedor is on the top of him, he trades some heavy ground and pound. Side control for The Russian. Fedor stands back up at the halfway point and lands good right hand. Good left hand Sonnen. Emelianenko misses with his right.

What A Takedown By Sonnen!

Fedor defends well, The American Gangsta can’t get on the top of him.

What a move, now Fedor is on top of Sonnen. Fedor backs a bit, lets Sonnen throw his right hand. Fedor hammers him with repeated lefts. What a combo by Fedor, Sonnen is in big trouble. Is he going to get back? No, he won’t! Dan Miragliotta stops the fight, Fedor is the winner!

Check below the highlights: 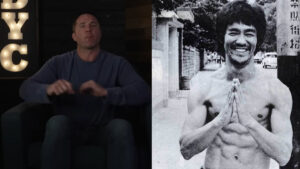 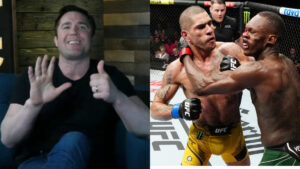 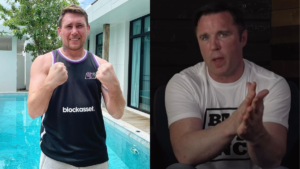 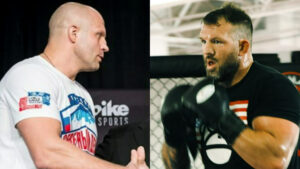 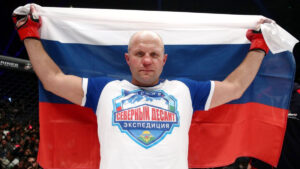